Housing for the Homeless: Where You Can Stay | CentSai
Financial Hardship

Talon Lister
8 minutes read
5326 views
CentSai relies on reader support. When you buy from one of our valued partners, CentSai may earn an affiliate commission. Advertising Disclosure 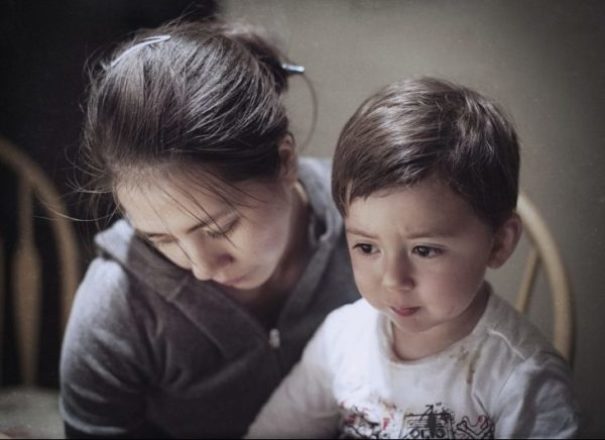 6 second take: Being homeless doesn’t need to mean living in a shelter or on the streets — there are alternative places to stay. 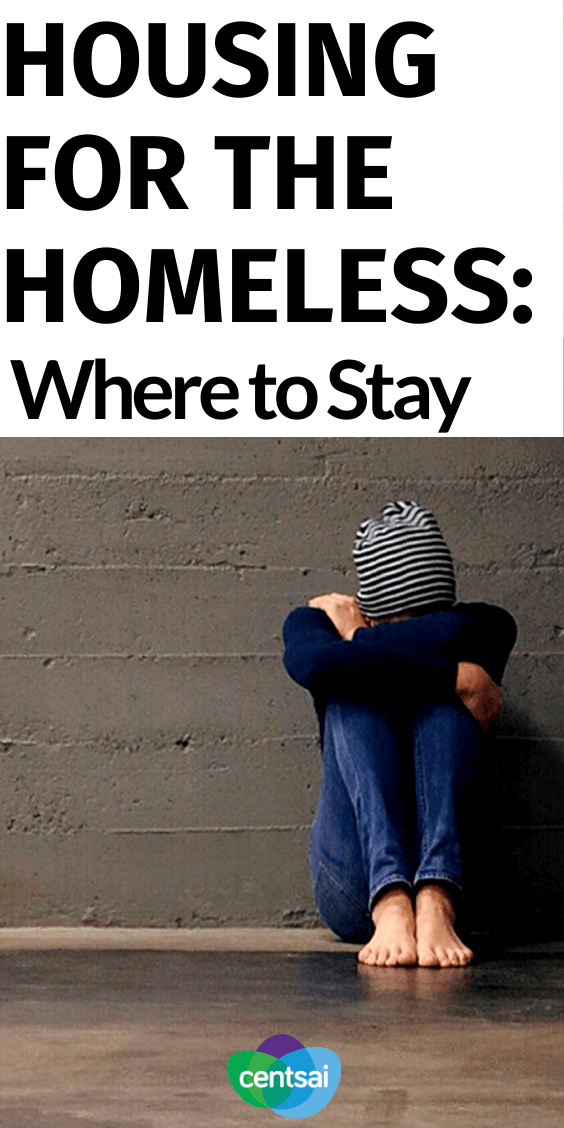 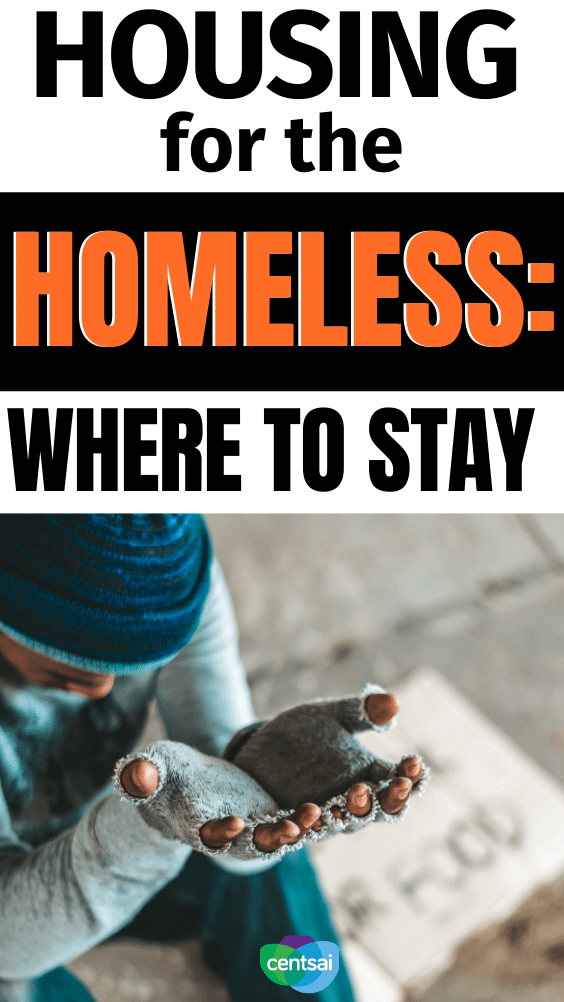 When I use the word homeless, many people assume the worst.

They envision someone sleeping in a box underneath a highway overpass, a rugged individual begging on the side of the road, or a man passed out on a park bench.

But housing (or the lack thereof) for homeless people tends to be a bit more complicated than our stereotyped imaginations.

Though situations similar to these do occur in big metropolitan cities with large indigent populations, many cases of homelessness are not like that at all.

There are 580,000 homeless people in America, according to the National Alliance to End Homelessness, and many don’t necessarily involve living on the streets.

Rather, it means that they lack a permanent dwelling — the keyword here being permanent.

My family’s experiences with homelessness were unique in their own way — I was 10 years old when my family and I moved into Paducah Cooperative Ministry’s homeless shelter in Kentucky, the first time we became homeless. On the day we arrived, I stayed in the car and wouldn’t come out for at least an hour. I just sat there and cried.

I was old enough to understand what was going on, but I didn’t know how to handle it. It was emotionally jarring for me because I wanted to think there was something I could have done to stop the situation, even though I knew that there really wasn’t.

Our Experience Living in a Homeless Shelter

Living in the shelter was an interesting experience, to say the least. To a certain extent, it was like living in a dorm at college.

At the shelter we moved into, there were two families who shared everything: a kitchen, a bathroom, and a common area, though each family had its own bedroom.

In my family, it was myself, my mom, and my two little sisters. Each of us slept on a twin mattress on the floor.

We had to put most of our possessions in storage, but we brought some cooking utensils, pans, and a few plates and cups with us. There was no cable television or internet — just an old tube TV with an antenna, which was good for news and weather. We were living with the bare essentials.

We were required to attend weekly meetings. The parents went into one room, and the children into another. People were assigned to watch over the kids — mentors essentially, including one who I believe was a child psychologist.

They were all volunteers that we could look up to and talk about things with. It was a pretty neat experience. I became close to one of the volunteers, Don, through our mutual love of anything with an engine.

My family and I lived in the shelter for nearly three months. During that time, we came to know the other families — some were good company, and some were not. Regardless, we learned to live alongside one another, regardless of whether or not we liked them.

The experience wasn’t as bad as you would imagine. It wasn’t as if we were living in a tenement, but it wasn’t a life of luxury either.

Living in the homeless shelter, we had a place to stay, a roof over our heads, and air-conditioning. We were provided with meals from the shelter’s food bank. This gave us the chance to save up some money to get back on our feet while we received assistance in finding a permanent place to live.

We were also signed up for government programs to make living in poverty a bit more bearable — and to help us eventually get out of it.

Challenges of Living in a Shelter

It was a difficult time for me, especially, being at the age when sleepovers with friends were common. Friends would ask to come over, and I would have to say no. But going to a friend’s house was like a vacation to me.

The biggest challenge of the homeless shelter, though, was actually getting in.

Most shelters in my home city and the surrounding area are filled and stay that way. Unfortunately, this is the case across much of the United States, especially in more urban areas where homelessness is a much larger problem.

Homeless shelters do not have the capacity or resources to meet the needs of the homeless population, according to the National Alliance to End Homelessness. It’s also difficult to get into a shelter at all if you’re a single man, as many shelters accept only pregnant women or families with children.

It didn’t end there, though — my family endured our second bout of homelessness several years ago, when we were forced out of our home by our landlord, who refused to fix a rotting bathroom floor and a flooding basement, among other problems.

Fortunately I was older and working this time around. I had received my income tax refund a few days before we were required to be out of our home. I had us covered — or so I thought.

Before any of this happened, we had been searching for months for a new rental home that was within our budget. We were itching to get out of that place.

We looked far and wide — within a 60-mile radius — with no luck.

Three-bedroom homes were just too expensive in our area, and we weren’t alone in finding affordable housing. About 18.5 percent of Kentucky’s population lives in poverty, according to the U.S. Census Bureau, my family included.

We began to consider what we had hoped we’d never have to do: move into a two-bedroom home. The three-bedroom homes that we’d lived in for as long as I could remember were a squeeze for four people. Now we would be moving into a new place with 30 percent less living space.

Where to Stay When Homeless: Finding Places

While I thought I had us covered with my tax return, in reality, I didn’t. We moved into a hotel for a few days until we found the rental. It was supposed to be a short stay that was within our budget. It turns out that living in a hotel room — even a modest one — is quite expensive.

After three weeks, my funds were nearly depleted. We were on the verge of living in our car.

I decided to start a GoFundMe page. After a few days, I garnered $750 in donations, which was enough to see us through little more than another week.

After a month of living in a hotel room, we found a place that we thought would work. My mom started working for a local nonprofit to help cover part of the security deposit on our new place, and eventually we moved. It was a two-bedroom home, and even so, it cost almost 40 percent of my mom’s monthly income.

We knew we would have to find things to cut back on in our budget. It was going to be tough, but we knew we could make do as we had so many times before.

Where to Find Housing Help for the Homeless

For families in our situation, there are a number of online and in-person resources available to find temporary shelter while building toward a permanent solution, so that you don’t have to worry about draining your funds on hotels.

“There are several free resources that homeless individuals can use to find temporary refuge or shelter,” says higher education scholar and social justice advocate Terrell L. Strayhorn. “For instance, there is a phone directory of shelters and centers — to access the list, interested parties should dial 800-HOMELESS.”

Online, individuals and families can utilize the National Homeless Shelter Directory, search for Transitional Housing in their state, look for shelters and affordable housing via ShelterListings.org and USA.gov, or seek out their local Office of Housing and Urban Development.

Additionally, homeless or housing-insecure Americans seeking health services or affordable food can do so through the Health Resources and Services Administration database and food pantry directory respectively.

If you find yourself facing homelessness, it can seem like an unwinnable scenario. By taking advantage of nationwide and local organizations, you can ensure a roof over your head while building toward a more secure tomorrow.

Use the National Homeless Shelter Directory or seek out government representatives who can help you find somewhere to sleep at night. If you succeed in finding a shelter, start a GoFundMe to help you get back on your feet. If not, make sure to check out the links above or call 800-HOMELESS.

Living in a homeless shelter isn’t the most comfortable thing in the world, but it’s better than sleeping in hotels or in a car, and it’s a great way to help you recover from your current struggle to move onto the next stage of your life. 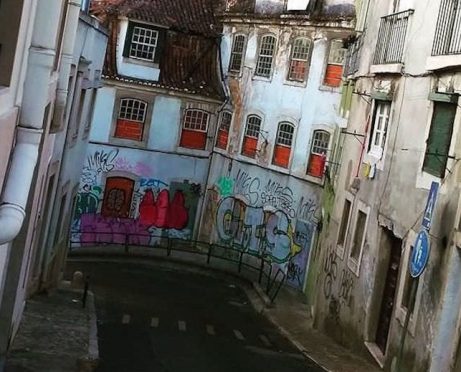 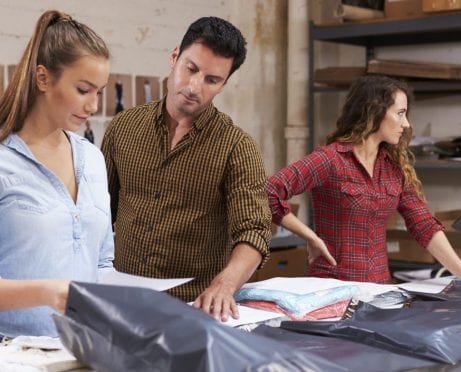 Side Hustle Your Way Out of Poverty 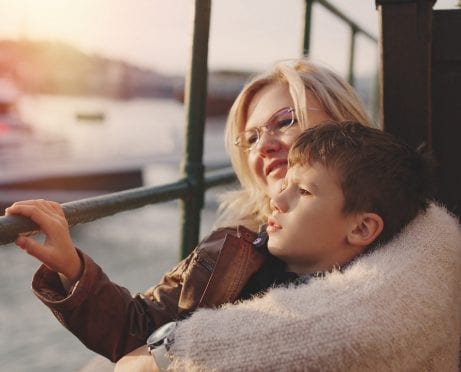 How Do Food Banks Work? My Family’s Story 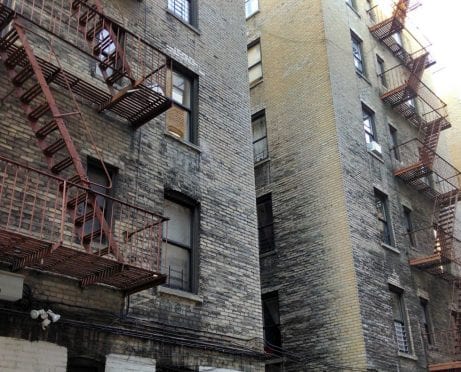