Patrick M. Graham
5 minutes read
3718 views
CentSai relies on reader support. When you buy from one of our valued partners, CentSai may earn an affiliate commission. Advertising Disclosure 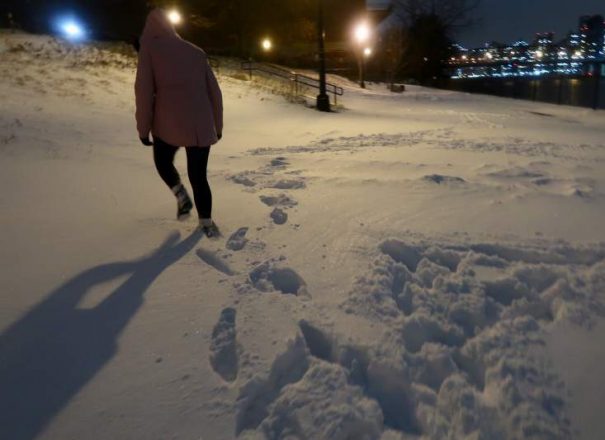 6 second take: United Way coined the term ALICE — or Asset Limited, Income Constrained, Employed — a decade ago. But what does that really mean?

The U.S. Federal Reserve created a firestorm of sorts in May, and it had nothing to do with interest rates. America’s central bank issued a report on the economic well-being of more than 100 million U.S households.

What Fed researchers found was disturbing, but not surprising. 17 percent of adults can’t pay their bills in full every month, and 24 percent skipped needed medical care because it was too expensive, according to the Report on Economic Well-Being of U.S. Households.

The report reinforces what most Americans, whether Democrat or Republican, sense: The great American middle class is contracting as financial anxiety and insecurity grow while inequality accelerates.

Millions of hard-working Americans are one car repair or broken refrigerator away from real financial hardship that could evolve into a debilitating crisis. These individuals and families live (or merely exist) in between poverty and financial stability. No free lunches for them. They’re on their own. They’re also called ALICE.

ALICE is an acronym that stands for Asset Limited, Income Constrained, Employed. The United Way of Northern New Jersey came up with the term a decade ago during a study of working and low-income individuals and families in Morris County outside of New York City.

Researchers ended up highlighting a demographic of workers who earn just above the federal poverty level, but who struggle to afford basic necessities like rent, food, child care, health care, and transportation — or even a cell phone.

These workers and their families face the real potential of falling into a downward spiral that can result in poverty.

Worse, it can even lead to homelessness and the breakup of the family by social services.

However, the United Way also found that these workers have the potential to become financially stable with the help of some community assistance and policy changes at the socio-economic level. This could include, for example, making health, housing, and transportation more affordable.

Just think: It’s more than likely that you interact with ALICE workers at your local Walmart or convenience store whose affability, politeness and professionalism masks the day-to-day financial anxieties that come with living from paycheck to paycheck.

These folks must grapple with crushing issues and problems that leave them one paycheck away from disaster — a broken radiator belt, for example. How do you get work? The buses don’t run in your part of town. And you can’t afford a taxi.

Or what happens when your local day-care center shuts down unexpectedly? Bring your kids to work?

Good luck keeping your job — most employers aren’t so accommodating to the daily struggles of their low-skill, low-wage workers who must make difficult choices and risky trade-offs every day.

The Definition of Poverty

According to the federal government, any American making less than $12,760 a year is considered impoverished, according to the Department of Health and Human Services. For a family of four, the threshold is $26,200. That’s a low figure for any family to survive, especially in urban areas that have high rent and expensive or nonexistent public transportation.

That said, most Americans make more than that. The median household income is around $60,000 per the Census Bureau. But even individuals outside the national poverty guideline can still fall within ALICE.

Households or individuals who fall into the definition of poverty can get access to food stamps and Medicaid, among other government benefits. That’s a cruel irony for many folks who would rather work at some shitty, low-paying job than take government help.

One thing the working poor share with the unemployed poor on government assistance is a low credit score. This makes it hard to obtain loans. And if they do manage to borrow money, they’ll be slapped with higher-than-average interest rates.

Why ALICE Indicates a Deeper Crisis

According to the United Way, which releases annual ALICE reports on the struggles of America’s working poor, some 35 million American families fall under the ALICE moniker. The problem is most acute in Mississippi and Louisiana, where half of the population is struggling to make ends meet.

But the most telling statistic comes from the Federal Reserve: Some 40 percent of American families are so financially vulnerable that they “would have difficulty handling an emergency expense as small as $400.”

That sad number is probably higher. I suspect many others are too proud to admit to researchers that they’re trapped in a financial hellhole.

Pair that with high unemployment in the wake of 2020's recession and pandemic, and you have an increasingly dire situation for nearly half of all Americans.

The Fed did note that families in such situations try to cope by taking on “gig work” and turning to family members for financial support. Welcome to the new economy.

“Does that take your breath away, too? It should,’’ writes Umair Haque, whose fiery blog post in May of 2019 introduced me to the ALICE topic. “What a grim and bizarre reality. Half of the people are effectively poor in the world’s richest country. What the?”

Yeah, what? The United Way ALICE project and the Fed report confirm once again that income inequality is spreading as the middle class shrinks. And who’s to blame? Wall Street and Washington, certainly — especially when it comes to taxes and the absurd obsessive notion that tax breaks for billionaires and corporations benefit us all.

Three other unrelated factors come to mind, as well: the loss of strong unions, poor schooling, and American society’s general disdain for the poor.

Nevertheless, the United Way remains hopeful that the country’s vulnerable working poor can achieve self-sufficiency and better financial stability with access to affordable housing, transportation, and child care, rounded out with training and education programs to help workers advance their careers into higher-paying jobs.

America is a complex, dynamic and resourceful nation of more than 300 million individuals, most of whom are problem solvers. Yet the country seems to be splitting into two Americas of the haves and the have-nots, amid massive indifference to the plight of the working poor, as well as to the solutions to improve their lives — which only trickle up to those so fortunate.