What Is Inflation? | Causes and Effects of Inflation | CentSai
Forgot Password?
WTF is...

Patrick M. Graham
6 minutes read
1965 views
CentSai relies on reader support. When you buy from one of our valued partners, CentSai may earn an affiliate commission. Advertising Disclosure 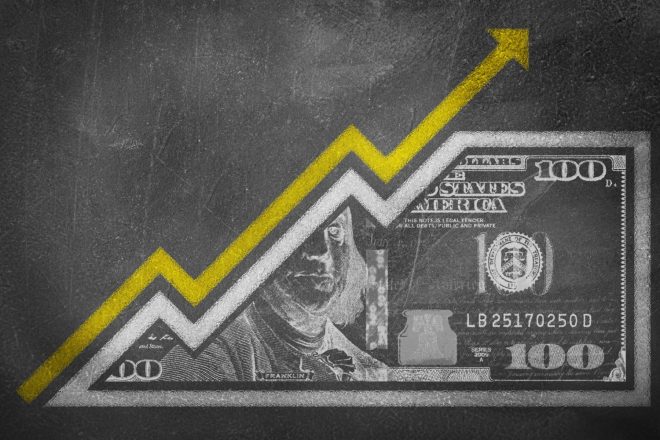 When I was born in 1965, a gallon of gasoline cost 31 cents, a loaf of bread 21 cents, and the average tuition for college was an extremely affordable $607 for two semesters.

Today, a little over half a century later, bread costs $2.50 a loaf; regular gas stands roughly around $2.60 a gallon; and the average annual private college tuition comes in at a whopping, mind-numbing $35,000.

What Is Inflation, Exactly?

The three examples above highlight what you'd call textbook inflation — an increase in prices for goods and services year after year, decade after decade.

I bet right now you’re witnessing inflation creeping into your local supermarket, a restaurant you frequent, or your favorite sporting venue. I’m seeing it across the board in most goods and services that I purchase.

The $5 pint of stout I’ve enjoyed with my steak dinner at the local Irish pub is now $6, and it will never go back to its former price (unless I turn up for happy hour).

This week's inflation rate, as measured by the U.S. Department of Commerce's personal consumption expenditures rose to 2.3 percent, the highest in six years.

The Main Causes of Inflation

There are several causes of inflation, at least in theory. The simplest one that's taught in Economics 101 is that when the Federal Reserve (or the Fed) — i.e. the U.S.’s central bank — puts more currency into the nation’s money supply, the value of the U.S. dollar decreases. It’s a matter of scarcity. Rare things are more valuable than things that are in great supply.

Congress and the White House compound this cause because lawmakers and the president love to spend more money than the federal government collects in tax revenue.

To pay its bills and finance its massive national debt, the government can either raise taxes or sell more U.S. treasury bonds (akin to printing more money and thus boosting the nation’s money supply.) When the government hikes taxes on corporations, those businesses will simply raise their prices in kind. Voila, you have inflation.

Other Causes of Inflation

The other causes of inflation are called the demand-pull effect and the cost-push effect. Here’s where it gets a bit boringly academic.

Under the former effect, inflation increases as workers’ wages rise. Folks with bigger paychecks are compelled to spend more of their money on goods and services. In turn, businesses respond to that increased consumer demand by raising their prices.

Under the latter effect, consumer demand increases, and businesses must ramp up their production to keep up with it.

For example, let’s say that we're looking at some businesses that make cars and washing machines. They need steel, electronics, and other raw materials to make their products.

The businesses boost their factory production, and that in turn forces suppliers of goods and raw materials to raise their prices, as well. To preserve their profitability, the businesses pass on these increased production costs to the consumer. It’s a self-perpetuating cycle.

The Negative Effects of Inflation

If prices rise, your spending power diminishes. And the only way to counter this is to earn more money. But if your employer is too cheap and greedy to give you a raise, then your options to counteract inflation are limited.

You may be forced to find new ways to stretch each dollar you earn. Should you take on a second job or side hustle? Stop eating out?

What makes inflation particularly nasty is when prices increase unexpectedly and rapidly — like when gas prices spiked in the months leading up to the 2008 financial crisis. I remember the price hitting $4 bucks a gallon for regular gas!

Sharply rising health-care premiums are another vivid example. And of course, you have inflation that builds on itself year after year, like the obscene rise in college tuition costs over the last 50 years.

Inflation is also corrosive for retirement savings. If you’re young, that $1 million retirement target you’re shooting for won’t be worth $1 million in 30 or 40 years. For example, $1 million today would be worth only $250,000 in today’s dollars by 2058 (assuming an annual three-percent inflation rate.) Yeah, inflation really sucks.

The Positive Effects of Inflation

Economists and the Fed contend that an inflation rate of two to three percent, as measured by the consumer price index (CPI), has a positive effect on the economy. Why? It typically goes together with moderate, yet healthy economic growth.

That, in turn, translates into a modest rise in wages and business profits. If it increases in lockstep with profits and wages, then inflation is seen as a positive.

But if inflation outpaces wages and profits, then Houston, we have a problem.

That’s when the government needs to step in.

How Does the Government Control Inflation?

The government — namely the Federal Reserve — has a few tools at its disposal to “control” inflation. But keep in mind that it’s an imperfect science.

First off, the Fed can raise interest rates, which it has done recently as wages rise and unemployment shrinks. Higher rates on mortgages, car and business loans, and credit cards make borrowing more expensive.

Secondly, the government can stop issuing debt in an attempt to shrink the money supply and/or cut spending. And lastly, the government can hike individual income taxes to force consumers to spend less, and also impose controls on wages and on the prices of raw materials and commodities like crude oil.

How Can Consumers and Investors Battle Inflation?

In general, consumers are pretty much helpless when it comes to fighting the chronic, detrimental effects of inflation, unless their wages increase faster than the CPI. Sure, they can spend less or work a second job. But those are poor options for most folks.

They can also save more, but that’s a catch-22. Inflation eats away at your savings if the interest that you’re earning trails the CPI. As such, it may make sense to keep spending if you expect prices to rise. Crazy, indeed.

Investors aren’t so helpless, though. They can invest in things that benefit from rising inflation, such as gold and real estate.

For what it’s worth, inflation today is low by historical standards, and it’s been that way for years. This comes in contrast to the late 1970s and early ’80s, when inflation spiked dramatically (called hyperinflation). At one point, I recall the price of soda went from around 35 or 40 cents to 65 cents a can literally overnight! For then-teenagers like myself, that was a heavy hit.

The Fed caused that hyperinflation by lowering interest rates a few years prior in response to rising oil prices and a mediocre economy. Inflation then got so bad that the Fed had to raise interest rates to nearly 20 percent!

But inflation hasn’t affected everything we consume or use. In fact, televisions, computers, and cell phones — to name a few items — are much cheaper today than they were 30 or 40 years ago. (Thank you, China!) The price of cheap domestic beer has also remained constant since my college days in the 1980s.

That said, I have a nagging suspicion that inflation isn't merely a matter of consumers buying more goods and services or of the government printing more currency and spending like a drunken sailor. I think greed plays part in it, too. If businesses believe that they can hike their prices without losing customers or market share, they’ll gladly do it. Look at the high cost of college tuition today. Just saying.