10 Things I (L)earned From Biking 19 Miles to Work

Will Lipovsky
4 minutes read
3387 views
CentSai relies on reader support. When you buy from one of our valued partners, CentSai may earn an affiliate commission. Advertising Disclosure 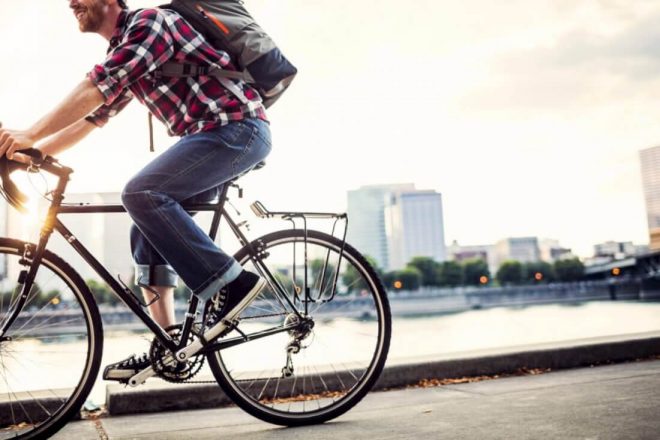 6 second take: I love driving cars, but I discovered that biking every day made me both healthier and wealthier – and it felt good, too!

Driving makes you fatter and poorer. Cycling makes you fitter and richer. For these two reasons – and many others – I prefer to cycle wherever I’m going in the city. 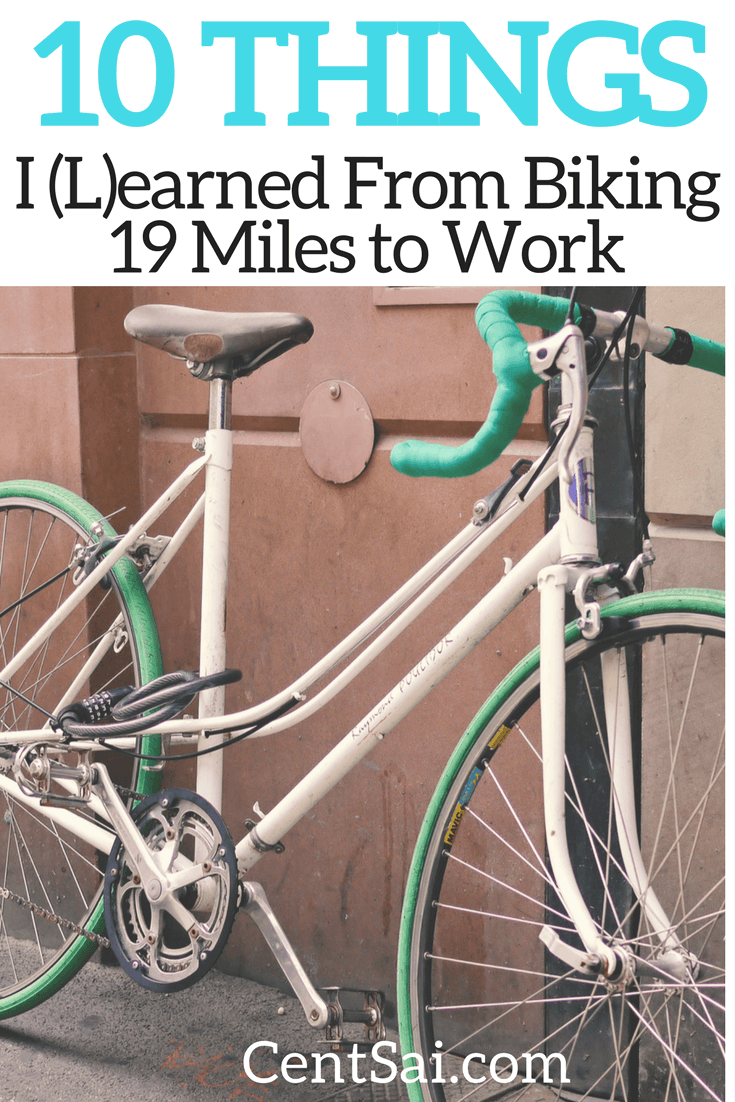 I’m about to tell the many lessons I learned from commuting 19 miles per day on my ($99 Wal-Mart) bicycle. I still bike today, and I learned the following truths while biking my epic 19-mile commute at an earlier time. My commute is much shorter now since I work from home, but I still prefer biking everywhere else in the city.

To be clear, this will not be one of those know-it-all posts written from a hard-core cyclist. I’m not a know-it-all cyclist. I actually love driving. It's not like I don't love cars. I just love the many benefits of biking, as well. I bike in the city of Lincoln, Nebraska. If you’ve never been to Lincoln, it gets both really hot in the summer and very cold in the winter. It also sees a good amount of rain, snow, sleet, hail, and tornadoes. Part of the reason why I’m writing this is to prove that very few people have an excuse not to ride a bike and save tons of money

1. Excuses Are a Waste of Time

I made the decision that I would bike to work every day, no matter what. I even biked when I had a vehicle provided by my work. Committing to something makes the whole process easier.

You say it must be done, so it shall be done. Crying about the weather won't change anything.

Whenever someone says, “Good biking weather, eh, Will?” I always respond with, “Every day is good biking weather.” I believe that biking teaches a person that consistency is key in accomplishing a mission.

3. Biking Saves a Ton of Money

Sometimes my car doesn’t move for a month at a time. That means nearly zero dollars are spent on fuel, maintenance, and repairs.

I haven’t calculated it, but biking can’t cost even five cents per mile. I very rarely get flats. According to AAA, it costs 44.9 cents per mile to drive a typical car.

4. Drivers May Hit You and Run

I was biking to work once. The bike path intersected with a road. Long story short, a car didn’t stop at the stop sign. As I glided through the intersection, I ran into the car. The driver looked at me on the ground and then hit the gas.

I was okay. Someone else saw it happen. It was a bit of a mess, though. The lesson I learned here is that there’s no reward without risk. It didn’t stop me biking for even a day (refer back to Point One).

5. People Either Hate or Love You

Bikes are polarizing. Some people admire bikers for exercising and helping the environment. Other people despise bikers. I choose to only pay attention to the positive. I think that’s an important part of life: just be positive. If someone says the economy is bad, don’t pay attention to them. Instead, talk to the person who says anyone can succeed, in spite of a lackluster economy.

I do get some unsolicited comments. More than one person has teased me, asking if I’ve had my driver’s license taken away. It’s especially funny because I’m such a straight-laced teetotaler.

6. Biking Means You Don’t Need to Hit the Gym so Hard

Because you’re exercising while commuting, it saves time. By the time I got home from work each day, I had already burned about 1,200 calories.

A cheap bike will do. Mine was the cheapest bike Wal-Mart had. Stay away from construction zones and you won’t get flats very often. The only accessories I bought were a balaclava for winter biking and a headlight and taillight to make the bike legal for use at night. I saved thousands of dollars each year by biking instead of driving.

8. You Will Have More Energy to Work More

9. You Can Get Cheaper Car Insurance

Most insurance providers will give you a deeply discounted rate if you don’t drive much. Look into this with your favorite insurance company. Furthermore, you can opt for just liability insurance if your car isn’t too expensive. Because the less you drive, the less risk you’re taking. Therefore it makes sense to lower coverage on your insurance policy.

10. It Will Save You on Medical Costs

Since I began biking, I haven’t gotten ill enough to miss work. I’ve been biking for more than three years.