What Are Money Scripts and How Do They Work? | CentSai
What Is…?

Patrick M. Graham
6 minutes read
5869 views
CentSai relies on reader support. When you buy from one of our valued partners, CentSai may earn an affiliate commission. Advertising Disclosure 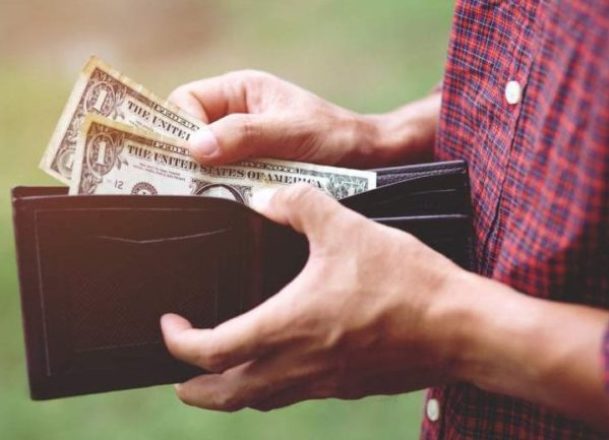 6 second take: Your money script can affect your financial well-being. Learn what it is, how it works, and how you can write a positive one.

We all have one. Every day we carry it around and call on it. Sometimes it serves us well, but most times it causes problems. It isn’t on a piece of paper. It is in our heads — the “script” we wrote for ourselves about our relationships with money.

Early drafts began years ago during childhood, when Dad or Gramps or that rich kid down the street with the fancy 10-speed bike started the subtle process of forming and shaping what would become our adult attitudes toward money.

Your attitude profoundly affects your financial behavior. It may even be the key factor that determines whether you become successful with your money, no matter your income or status in life.

The History Behind Money Scripts

In 2011, financial psychologist Brad Klontz published a study of 422 individuals that identified their “money belief patterns.” He found four distinct patterns, or “money scripts,” that evolved from childhood as “typically unconscious trans-general beliefs about money.”

Our scripts emerge from the experiences and stories about money that we have told ourselves repeatedly since childhood.

These stories are often false, but difficult to banish. You can blame your parents, family, and society for pushing these money myths that may adversely affect your financial behavior today.

There are four basic money scripts: money avoidance, money worship, money status, and money vigilance. Let’s check out what each one looks like.

You see money as the root of all evil. For you, money is a source of anxiety, fear, and loathing. The rich are bad and greedy. You think living with less money is a virtue, and perhaps you don’t think you deserve to make money. This trait may explain why many workers are afraid to ask for pay raises or form unions in their workplaces.

If you’ve got problems — financial or not — money is, of course, the cure-all. You think money can buy true happiness if you work your butt off and make your job the Number One thing in your life. Family, friendships, and fun times come second. But you’ll also have a nagging and frustrating sense that you'll never be able to afford everything you want — kind of like chasing your tail.

Not only do you worship money, but you also equate your net worth with your self-worth.

If you follow a money status script, you measure your success by how much money you have.

You worship status symbols. You like big homes and cars.

Keeping up with the Joneses matters a lot, so you spend a lot. Your neighbors will admire and envy you if you own more stuff — expensive stuff — right? As result, you take on a lot of debt as well to keep up appearances. That’s a recipe for disaster. I think this is the most self-destructive money script of all.

You are anxious and cautious with your money, and rightfully so. You become Ms. Frugality, living within your means by purchasing only what you need, not what you want.

You believe in the importance of living debt-free and saving as much as you can. You're discreet about your money, and you cringe when your blabbermouth friends brag about their inheritance or whine about their money woes.

But while followers of this script ought to be applauded, constant financial anxiety may keep them in a perpetual state of thriftiness. Sometimes don’t you want to simply enjoy the endorphin rush that comes with spending your hard-earned money?

Keep in mind that when Klontz described these four money scripts, he was laying out what essentially are mental disorders. After all, he published his research in the Journal of Financial Therapy.

Let’s face it: Money makes us all a bit crazy. Pondering how to best earn, save and spend it while managing our debts can be stressful and overwhelming — especially when you’re carrying around unconscious childhood experiences and stories affecting your everyday thoughts and actions regarding money. 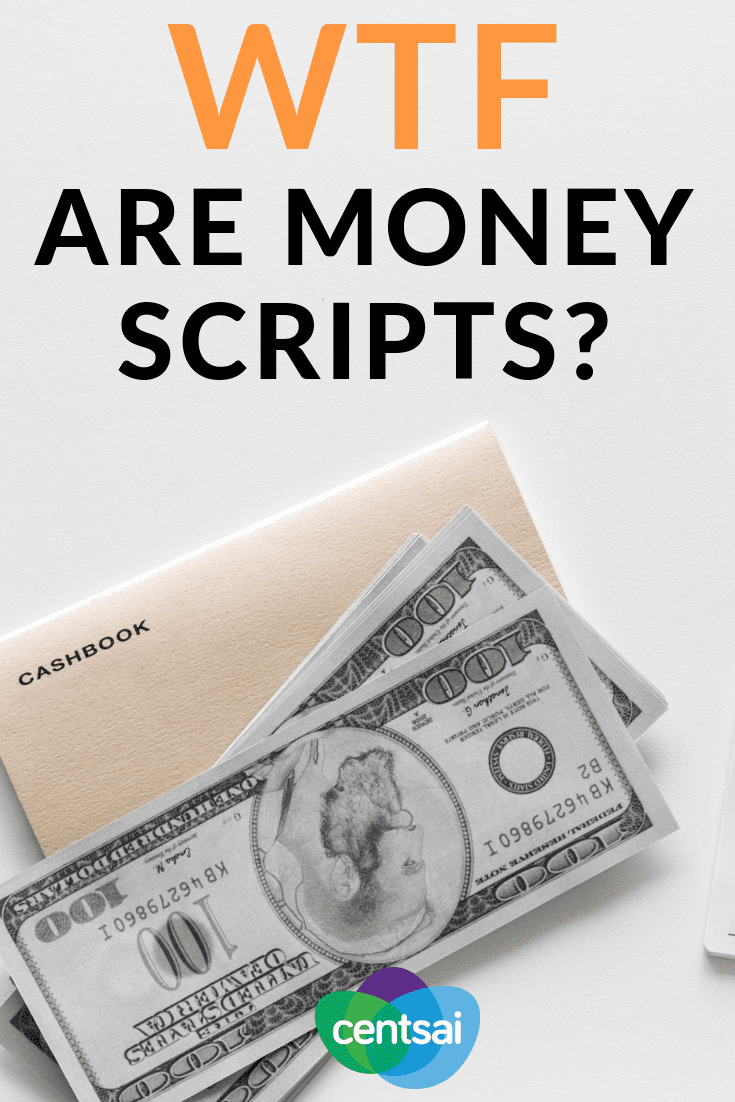 I think money disorders in adulthood stem paradoxically from either lacking money or being around too much of it in childhood.

Growing up poor surrounded by other children blessed with the latest toys and gadgets could compel the adult to derive her self-worth and happiness — or unhappiness — from money (money worship and status).

Growing up wealthy could make the adult come to hate money and the fellow members of his socioeconomic demographic (money avoidance). The rich, middle class, and poor all follow these money scripts. But there can be overlap among them, and the scripts don’t apply to everyone.

If had to choose, I would find some room in the money-vigilance group, mixed with a tiny bit of DNA from the money-avoidance crowd. For years, I’ve been a diligent saver and wise consumer (most times). But I also like to indulge in vacations and dinners out with my family.

Yet money to me is not the end-all. Never has been. There is much more to life than the mindless pursuit of wealth and shiny new things. That’s why I got into journalism.

I can’t pin down exactly why I developed those money beliefs. Maybe it has something to do with growing up in an upper-middle-class household in the 1970s and '80s. Or that my parents grew up during the Great Depression, and their parents immigrated to the U.S. virtually penniless, later to achieve financial success and the American Dream through decades of hard work and perseverance.

How to Write a Positive Money Script

It's all about self-awareness. Stop and examine your relationship with money. Are you following one of these self-limiting money scripts? If you are, revisit your childhood. Maybe something happened to you or was often said to you as a child that could be influencing your money beliefs in adulthood.

You’ve got to play a little armchair psychologist with yourself. But it is never too late to change course — to change your attitudes and behaviors.

This time last year, I wrote about a hot new trend in personal finance: the FIRE movement. FIRE stands for “financial independence, retire early.” The movement shares much in common with the money vigilance script. FIRE devotees seek to amass a few million dollars by their 30s or 40s so they can feel safe and secure to call it day from the rat race.

However, FIRE is only for the hardcore (with very little debt) who are willing to sacrifice. You must become an extreme saver and tight-fisted hermit who tracks every penny. And you'll need to do it for years.

FIRE can be way over-the-top for most people, but it offers up some takeaways we all can use to write a positive money script: saving what you can afford; buying what you need, not what you want; and having a detailed plan on how to achieve and maintain that coveted million-dollar retirement.

No matter when you expect to retire, having a plan and consistently checking up on your savings is key.

Lastly, the most important takeaways require you to be open and transparent in your relationship with money and to make the smartest choices with your hard-earned dollars.

Money scripts underscore our love-hate relationships with money, as well as the importance of this medium of exchange in our society. They also reveal money’s deep hold over our minds. We value money so much that it makes us crazy. Literally. It makes us irrational and vulnerable to magical thinking — to the belief that money can buy happiness. It can’t.

Research says that emotional well-being rises with income up to around $75,000, and then plateaus from there, even if you keep earning more. Simply put, money buys you peace of mind if you don’t allow it to control you.

Just be mindful and self-aware. And remember you can always change your financial behavior by writing a new money script. 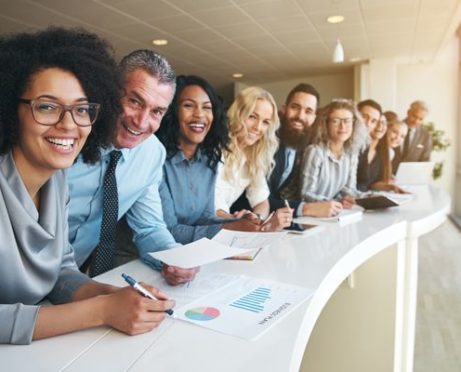 What Is the Stock Market? 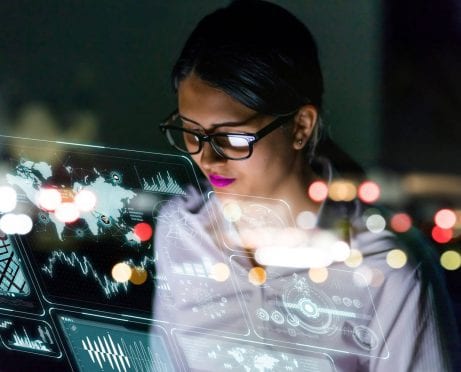