The Impact of Poverty on Education: College Kids Are Hard-Hit

Talon Lister
5 minutes read
2646 views
CentSai relies on reader support. When you buy from one of our valued partners, CentSai may earn an affiliate commission. Advertising Disclosure 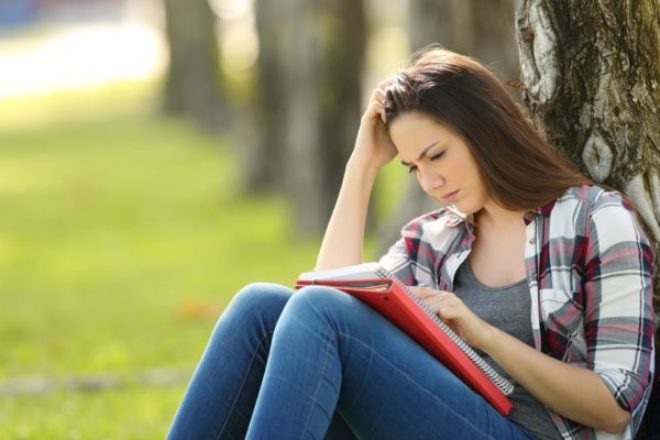 For many people, the mere mention of college conjures up memories of experiences enjoyed, risks taken, and opportunities seized. College is a time to let loose and possibly to figure out who you truly are for the first time in your life.

Most important, though, college is a place to learn, both inside and outside of the classroom. It’s a place where you can gain knowledge in subjects that you’re passionate about, and then use that knowledge to make your mark on the world.

However, for some students — myself included — the college experience isn’t all it’s cracked up to be.

I grew up in a poor household. During the time when I still lived at home, we moved at least nine times. My family is still on food stamps and Medicaid, and my mother is disabled. We have experienced homelessness two times. My upbringing was not the easiest in the world, although it was certainly not the roughest that I’ve known of.

When I moved away to college in fall 2015, I felt optimistic. I was excited to go where I had always wanted to go, and to accomplish great things. That feeling lingered with me for quite some time — until I returned home for Thanksgiving.

The positivity that I’d felt disappeared as soon as I stepped foot in my home, replaced with guilt and self-loathing. Because I came from a poor household, I received the maximum amount of grants from my federal and state governments.

This grant money, combined with earnings from my on-campus job, allowed me to attend school nearly debt-free. It also afforded me a certain standard of living that my family doesn't have.

Once I returned home, I began piling on credit card debt as I purchased things for the house that my family had desperately needed for a long time, but previously hadn't been able to afford.

Not only did the stress directly affect my finances, but it also affected my ability to focus on classwork.

I didn’t notice any direct reflection in my grades. However, I did sometimes find it hard to focus on my courses, and it made deadlines easier to accidentally miss. While this is unfortunate, it’s not easy to quantify.

What the Stats Show About the Impact of Poverty on Education

What is easy to quantify? Graduation rates. Among students with a low socioeconomic status, who receive a Pell Grant, the graduation rate is only 49 percent within six years, according to a report by Third Way.

This is especially concerning because students from stable socioeconomic backgrounds had a graduation rate that was 18 percent higher than Pell recipients.

However, there is more to this. I’m not saying that these aren’t factors, but there are also underlying emotional and historical causes for why these rates are so low.

Luis Arriaza is a junior majoring in political science at Northern Kentucky University (NKU). Arriaza is a good friend of mine, but until recently, I didn’t know anything about his home life.

When he was 5 years old, he immigrated to the United States from Honduras with his mother. He grew up in a low-income household in the U.S. with lots of housing insecurity.

“Between second grade and me graduating high school, we moved nine different times,” Arriaza says. “We didn’t have a stable financial situation where they [my mother and stepfather] could buy a house or rent an apartment for a long period of time.”

Later in our conversation, Arriaza brings up another roadblock that many low-income students face when attending school: their parents’ education levels.

As a result, “The whole college application process was basically just me on my own.”

This ties back into the issue of misguidance or underguidance of high-school students that the research from Johns Hopkins mentions. Especially considering how focused today’s schools tend to be on sending kids to college, high-school counselors have an obligation to provide students with the information they both desire and deserve.

They have the ability to reach out to at-risk teens, but those students aren’t getting the attention that they need.

A Sense of Guilt

Arriaza also relates to my story of feeling guilty going into college. “My first year I lived on campus because I was able to afford it with the Pell Grant,” he says. “So time after time, I felt selfish that I was living on campus and being on my own while my family was still in a difficult situation, because I felt like I had to be there and provide support one way or another.”

Poverty and Education: The Big Picture

Arriaza is just one of thousands in this country who are distracted by their family’s hardships while attending school. However, it’s important for these students to know that while they are away from their families, they are working to help brighten their future. That is the ultimate goal.

Arriaza agrees. “I feel selfish, but I also have the contradicting feeling that I’m doing this for them in the first place,” he says.

How to Counteract the Impact of Poverty on Education

There are ways to combat these issues. NKU specifically has the UCAP, or University Connect and Persist office. According to the university website, the UCAP program is a place “where any student can meet face-to-face with knowledgeable staff to navigate financial, academic, and personal topics.”

The UCAP office provides programs such as a textbook lending library, counseling services, and one-time tuition assistance awards to those who qualify. It also works closely with TRIO, a network of federal outreach programs targeted at disadvantaged student groups across the country.

At the end of the day, as Arriaza and I agreed, we do this for our families. As many times as I worry, and as much as it can keep me up at night, I know that this time investment that I’m making will pay off in helping advance my family out of poverty and into comfort.

I hope that by my writing this, I inspire other students like Arriaza and me to tell their stories. After all, the only true way for us to solve issues like these is to learn about them.