Payday Loans: Preying on the Poor to Get Rich | CentSai
Insufficient Funds

Payday Lenders Prey on the Poor to Get Rich

Talon Lister
2 minutes read
3328 views
CentSai relies on reader support. When you buy from one of our valued partners, CentSai may earn an affiliate commission. Advertising Disclosure 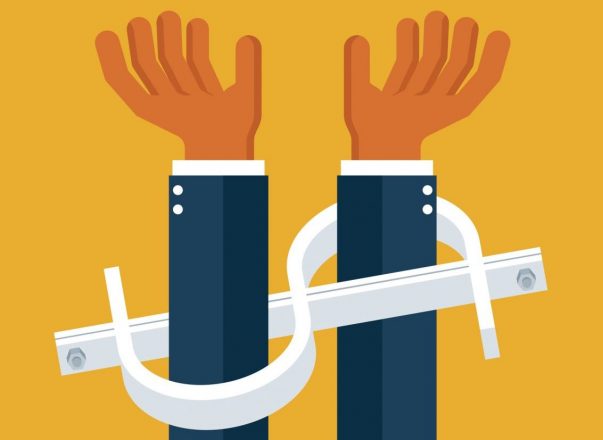 Imagine being a single mother who’s between pay weeks with bills mounting and no money to cover them. You just got an electricity shutoff notice yesterday. If you don’t pay by tomorrow, your family will go without hot water, hot food, and heat for at least a week. This is the reality that too many families in America face, and that payday lenders drool over.

Although they will certainly tell you differently, these companies prey on the poor to get rich.

What Is a Payday Loan?

If you don’t know what a payday loan is, let me break it down for you: It’s a short-term loan with high interest rates based on your pay stubs. There’s generally no real credit check to get one.

As long as you can prove you’ve had a job for more than a couple of months, most places will lend you up to the amount of your last paycheck. The loan will be made payable upon your next payday (usually two weeks).

Why Are Payday Loans Bad?

The fundamental problem with this kind of loan is that it’s targeted to people who are out of money — people who don’t have the ability to even pay their bills, let alone afford any type of loan payment.

More than two thirds of payday loan borrowers earn less than $30,000 per year, according to a 2013 white paper released by the Consumer Financial Protection Bureau (CFPB). These people see no other option because many times, they can either get a payday loan or go hungry.

I hope you’re already catching on to this, but when payday finally rolls around, the borrower ends up needing that money to cover day-to-day expenses.

“But wait,” you ask, “that money has to go to pay the payday lender, doesn’t it?” That, my friends, is where the game begins.

You see, that’s when the borrower decides to extend their loan for the next two weeks — until her next payday — hoping that she'll be able to get ahead. But with the interest rates she's paying, the extension fees, the establishments charge, and the magic of compounding interest, she never will.

She’ll go to make a payment, only to find that the amount owed is astonishingly higher than expected because she didn’t read the fine print. And that’s how the payday loan establishment in America became a $6 billion industry.

Payday lenders use the same tactics that subprime auto lenders and credit card companies use to reel people into never-ending debt spirals. But they charge interest rates that are far higher than the highest interest rates you’ll see on even the worst credit cards, with annual percentage rates (APRs) often reaching almost 400 percent, according to the CFPB.

Not only do payday lenders charge abhorrently high interest rates, but they also sneak hidden fees into the fine print.

They prey directly on people haven’t had any form of financial literacy education or training. On people who don’t have any sort of savings or emergency fund to pull from in dire situations. On people who should be helped and educated, not profited from — on families like mine.