How to Start Your Own Record Label Company I CentSai

How to Start a Record Label: A ‘Clever’ Story

Talon Lister
7 minutes read
4436 views
CentSai relies on reader support. When you buy from one of our valued partners, CentSai may earn an affiliate commission. Advertising Disclosure 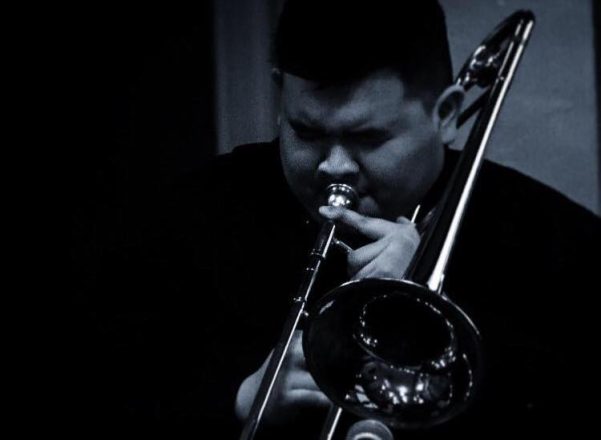 Every business that closes is a failure, right? That’s not how 23-year-old Clever Records co-founder Justin Schmitt sees it.

Music has always been in his blood.  Schmitt started playing piano when he was three. By the time he was in the third grade, he’d started playing the trombone, an instrument that he would fall in love with and learn to play better than most. He played it so well, in fact, that it earned him a full-ride scholarship to Western Kentucky University (WKU).

He attended WKU his freshman year, but after he learned of Northern Kentucky University’s (NKU) music business program, he decided to transfer.

“I always had a passion for performing, and I still do,” Schmitt says. “But I found a different passion on the business side of recording music for people and seeing my work out on iTunes and Spotify.”

What Schmitt truly loves is seeing people’s dreams come true. Helping to launch a musician’s career felt like his calling.

He’s one of the proprietors of Clever Records. He founded the record label in April 2016 with his friends Will Huber and Chase Moriconi, splitting equity evenly between the three of them.

Clever Records was based in Newport, Kentucky, just a 10-minute drive across the Ohio River from downtown Cincinnati.

How to Start a Record Label: Finding Inspiration and Finances 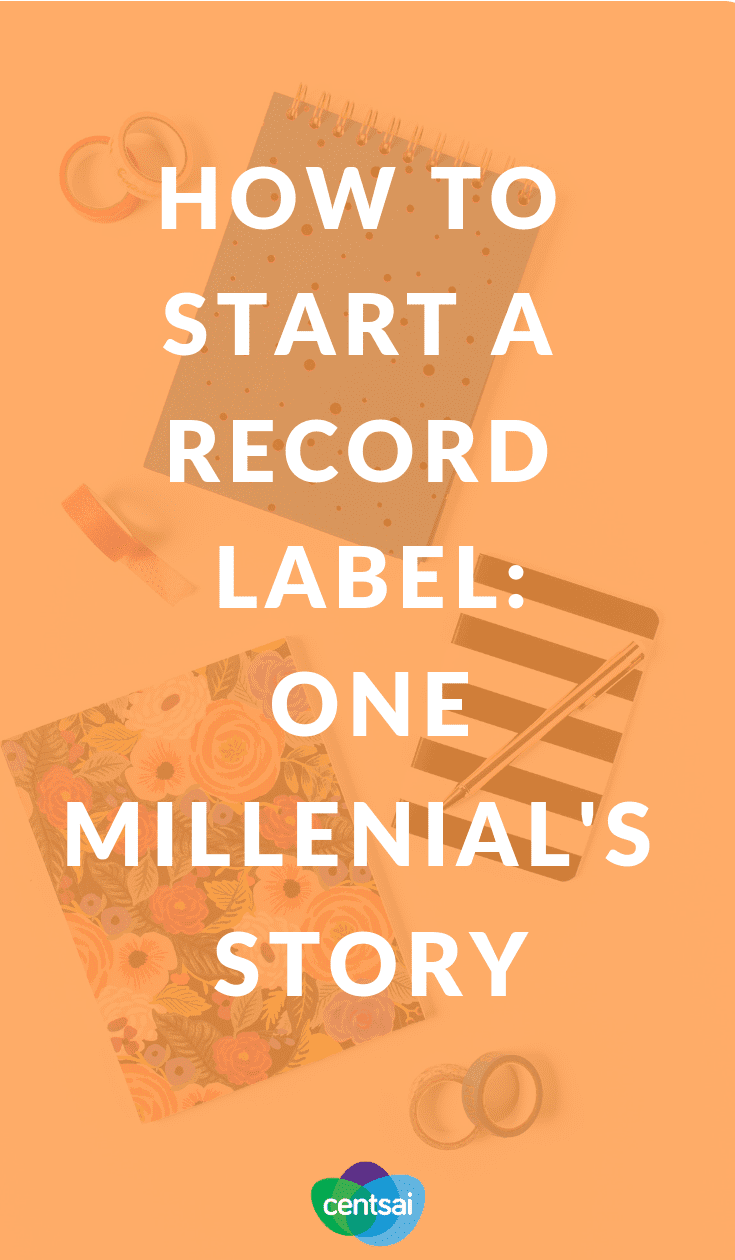 “Between the three of us, we had some equipment and had been recording for people on the side as a way to make a little extra money,” Schmitt says. “Eventually we just came to a consensus that we should make it real, so we did. We set up all our social media, registered the LLC, and bought the website all in one night.”

Setting up a business this way has become easier over the years with the proliferation of online business tools like MyCorporation.

But the story behind the name isn’t as romantic, Schmitt says. “Clever Records was just something Will came up with one day, and it stuck.”

The three of them put in $12,000 to launch the business, including $6,000 of Schmitt’s own money. “After I spent every dime of the money that I had in checking and savings, I spent two weeks eating only oyster crackers with hot sauce every day,” Schmitt says.

“It was scary in the beginning. We did some things wrong, but it could’ve gone a lot worse.”

“There may be things we could have done differently,” he adds, admitting that he gets this question all the time. “But we did the best we could in that moment. Going back and second-guessing ourselves now is meaningless. I’m content with what we achieved and how we did it.”

So what exactly did they achieve? Schmitt says the business gained instant momentum. “We woke up the morning after we started all of the social media, and the website and already had a booking for a recording session.”

Huber specialized in the engineering and technical aspects of the business. He was the main producer and audio engineer for Clever Records.

Moriconi ran the booking system and also did some general secretary work, handling all of the business’s financial records and artist contracts.

Most of Schmitt’s involvement was in talent acquisition and marketing. He scouted local bars and venues for artists he felt were a good fit for the label. He also had a hand in production.

Clever Records charged $40 per hour for audio recordings in the company’s studios and $100 per hour for video and audio. But there were some instances when they facilitated a fixed price for larger projects. For example, if a band or artist wanted to record a full album, they would usually charge a $1,200 flat fee instead of charging hourly.

They also did live recordings on location at venues such as bars. Schmitt says that they would usually price these projects after the fact, basing the fixed price on the hours they spent on location and the time they spent editing the final product. This would generally cost about $1,000. However, it would fluctuate depending on how far away the venue was.

Clients put down no money up front and were billed after the fact for live recordings and management work. In these cases, clients were given an estimate up front. They then signed a contract to compel them to pay when the work was delivered.

“There have been a few situations on people being late, but we had a policy of having payments be the day after our product was finished,” Schmitt says. “Maybe a few times there were some late payments, but we let those slide, since they were pretty honest about it.”

That said, not everybody is so lucky. Some freelancers and small-business owners have struggled with clients who ghost them without paying.

Schmitt says the majority of the money that the business made was in recording for local bands and musicians. “It took about six months before we broke even. We kept our earnings modest and re-invested some of what we made so we could buy more equipment.”

Schmitt declined to provide exact earnings numbers, but he says that, “It was just barely enough to pay rent and buy food. I lived comfortably with my earnings combined with what I made on the side doing shows.”

By November, Clever Records was a front-page feature by student-run NKU news outlet The Northerner. By December, they appeared on the Cincinnati and Northern Kentucky local ABC affiliate WCPO.

Within a year, Clever Records signed several artists and recorded songs and albums for people from all over the country.

They cemented their place in the Cincinnati music culture, branding themselves as a one-stop shop for artists, offering recording, music production, distribution, and video production all in one place.

Schmitt says his primary distribution was through services like iTunes, Pandora, and Spotify. They offered marketing through Facebook promotions, which they either charged for on a monthly basis or included as part of managing fees with specific artists.

Learning How to Start a Record Label on the Job

Schmitt says it was a learning experience. “None of us had ever started a business before, so we didn’t really know what we were doing, but we got it done.”

Unfortunately, Clever Records shut down in May 2018 after all three partners of the business graduated from college. “We all had different plans after graduation,” Schmitt says. “Will and Chase went on to law school, and I went to Europe to travel and pursue other opportunities.”

He says that they all had long nights trying to figure out what the best course of action for the label. Eventually they decided to let it go. “It was our baby,” Schmitt says. “We didn’t want to take the risk of someone else running it into the ground.”

After the business closed, they split the business’s assets. These primarily comprised of recording equipment and instruments, since the actual studios were built out in the basement of their house. They had the freedom to choose whether to keep the equipment for their personal collections or sell it to recoup some of their initial investment.

“Artistically, our business was a success, as we launched the careers of several artists in the Greater Cincinnati area and beyond.”

Where Are the Artists Now?

What happened to the artists after Clever Records dissolved? Musician John Frisch is on a national tour right now.

Meanwhile, singer-songwriter Oryan is still popular in Cincinnati. And Austin Tyler, another singer-songwriter, packed his bags and moved to the Florida Keys to pursue his music and YouTube careers after launching his first EP with Clever Records, titled Close.

What is Schmitt up to today? He’s living the vagabond life abroad.

“I’ve been traveling all over Europe picking up gigs and doing odd jobs here and there,” he says. “I’m looking to start grad school in Belgium next semester to get my masters in international business.”

Schmitt notes that he’s been fortunate enough to have friends across Europe who have helped him adjust to the new scenery. “It’s been fun, but I’m ready to get back to work,” he says. “The long-term goal is opening up a shop in Europe. That may manifest in the form of another music company, or maybe a bar or restaurant.”

Schmitt says that the biggest thing he learned from his time at Clever Records was that it doesn’t matter if you’re less skilled or talented than someone else.

“It’s all about the effort of trying to be the best,” Schmitt says. “The reality is that you just have to suck it up and endure what comes to you, whether you’re ready or not.”