Why Do Some People Join the Military? A Story I CentSai
Military

Devon Bowers
3 minutes read
8345 views
CentSai relies on reader support. When you buy from one of our valued partners, CentSai may earn an affiliate commission. Advertising Disclosure 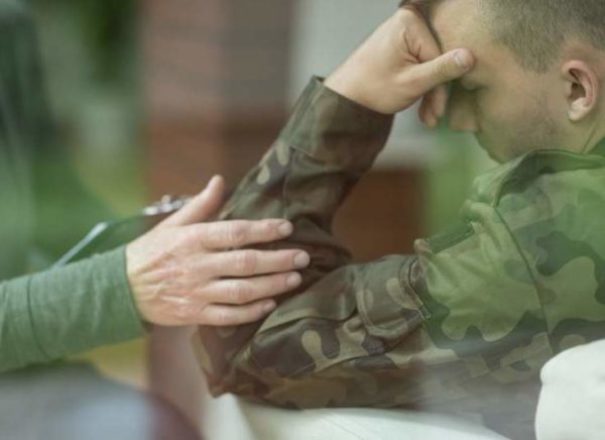 6 second take: Saddled with student loans and unable to find a steady job, one man turns to the military for employment.

While I was growing up, the military was always an attractive option. My father served in the Air Force during the Vietnam War, and my grandfather had served in the Navy during World War II and the Korean War. I wanted to carry on the tradition — or at least, I wanted to consider it.

But while I was considering army life, I also discovered that I had a passion for political journalism. I decided to pursue this interest in journalism first.

Exploring My Passion for Journalism

After I graduated with a bachelor’s degree in political science, I started researching and applying to every entry-level journalism position I could find. Now, I wasn’t trying to become a television anchor. I just wanted to get my foot in the door and see where it led me.

I applied to journalism jobs on a weekly basis, but the response was far from encouraging.

Most didn’t even respond to me at all. The ones that did get back to me would do a quick phone interview, and then I’d either be ghosted or receive a rejection letter.

Even after I decided to broaden my job search to literally any entry-level job that I was qualified for, the results were the same. I was frequently met with the same question from friends and family: “Do you have a job yet?” Some people even accused me of being lazy.

I was already not in the best of emotional state, and the rejection was hard to stomach. I knew that I was qualified for the positions. I had good grades, four years in online journalism, radio gigs, and an article in an academic journal, all by the age of 22. Yet I still couldn't find a job.

I was upset and angry. And the worst part was, I felt there really wasn’t anything I could do.

It was taking a toll on my finances, as well. While I was doing small freelance gigs ($100 a month), I couldn’t make even the tiniest dent in my $30,000-plus student loan debt.

And when I did have work, I had to spend half my paycheck on shared expenses with my family.

This made it tough to make even the interest payments on my student loans.

Bring Me To The Perks

Why Do People Join the Military? My Path

It was when I hit a dead end that I began to seriously consider an option I had previously rejected: joining the military.

I found out I could go into the U.S. Army as a second lieutenant with an annual salary of slightly more than $30,000.

After the contracted six years of active duty, I’d be eligible for a student loan repayment program that would slice a third off my student debt. I quickly called up a recruiter and began the process.

I attended the Army Officer Board interview to determine if I qualified to attend Officer Candidate School. Though I was nervous, I did well and went to school in Fort Benning, Georgia. I’m now heading to Fort Jackson, South Carolina. After my army life, I’ll look for a career in the health sector — certainly not for a war correspondent’s job.

You can also watch a video of Devon’s story here.

Other Reasons Why People Join the Military

Considering a career in the U.S. Armed Forces? There are a ton of student loan benefits that come with military service: 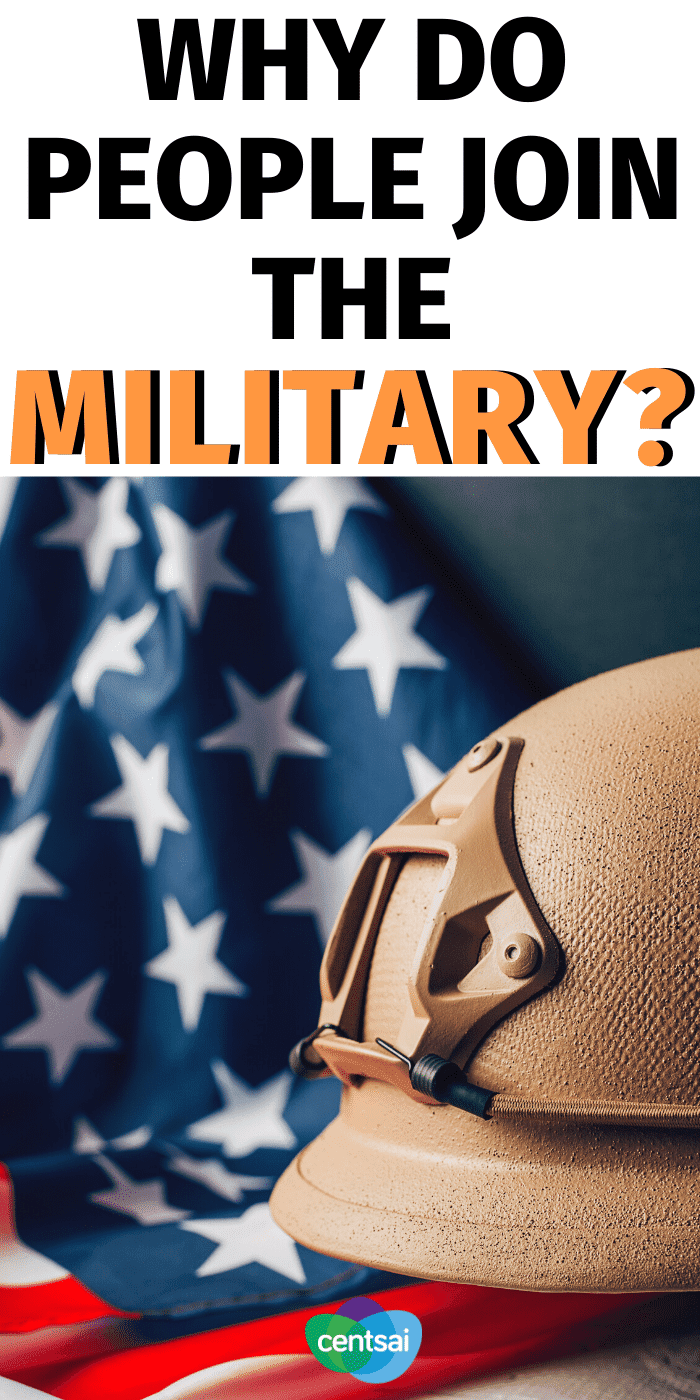 Did you find this post useful? Then save THIS PIN below for later to your Money Board on Pinterest! 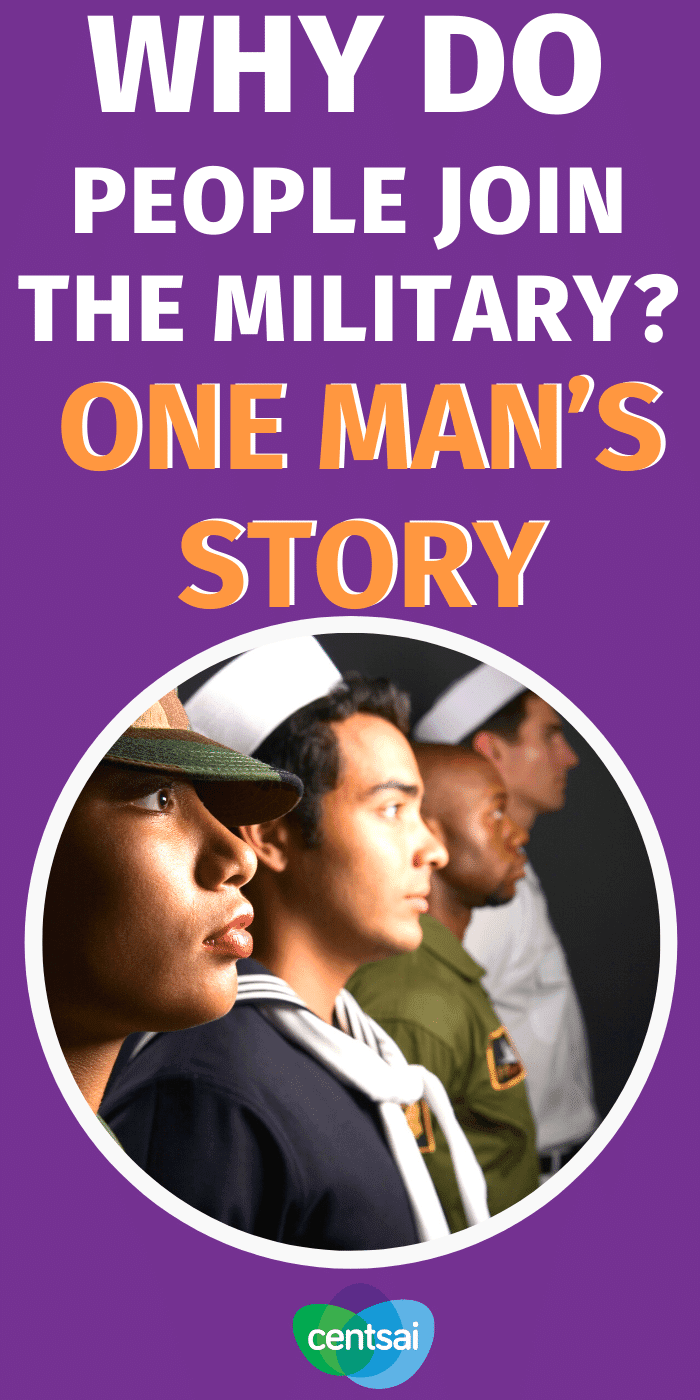 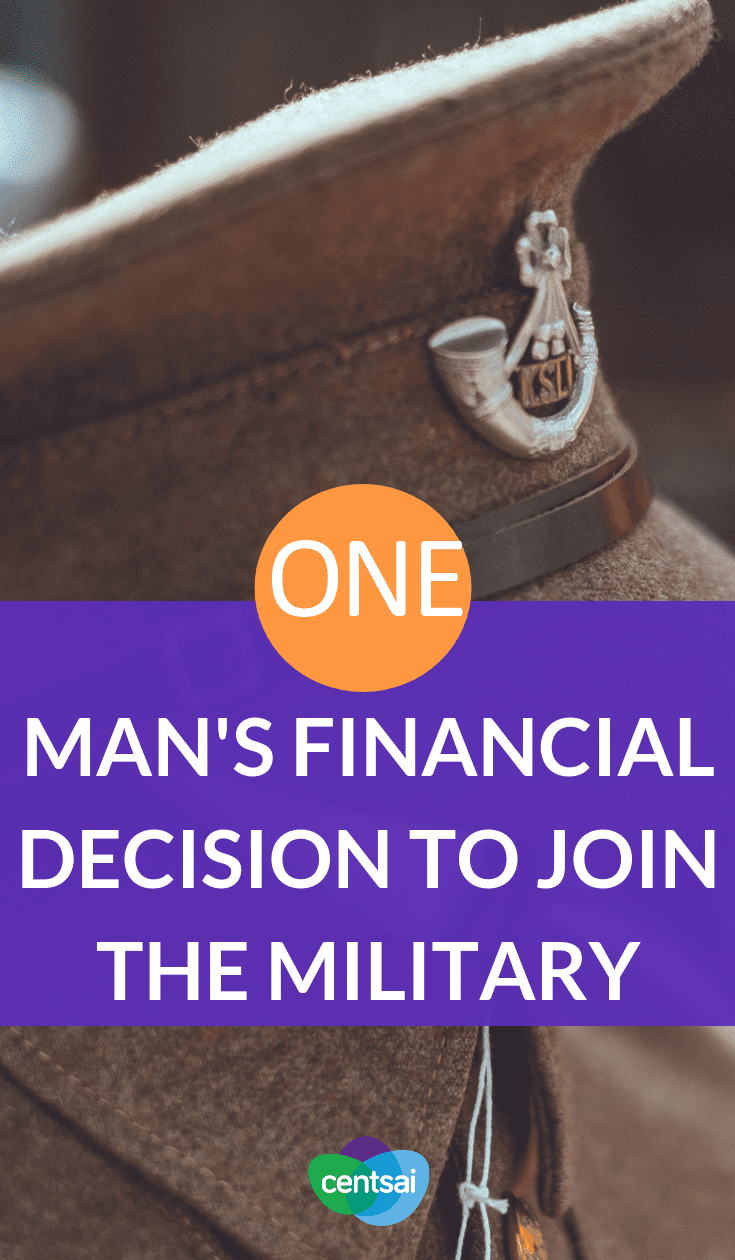 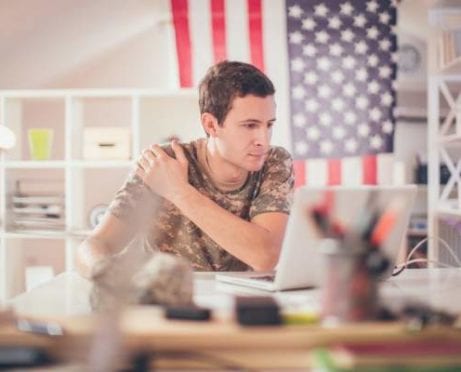 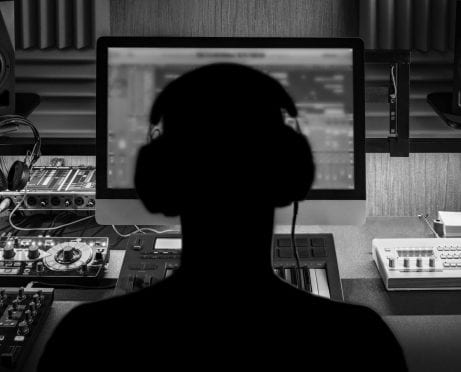