A Rodriguez
4 minutes read
3081 views
CentSai relies on reader support. When you buy from one of our valued partners, CentSai may earn an affiliate commission. Advertising Disclosure 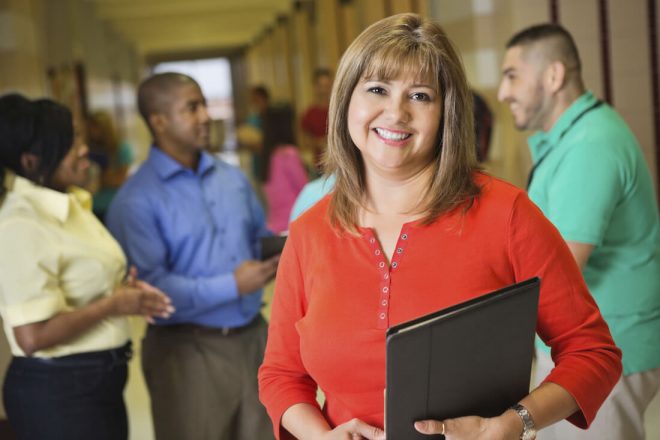 6 second take: Taking on student loans? Think about what you can do in the present to ensure a timely debt payoff. 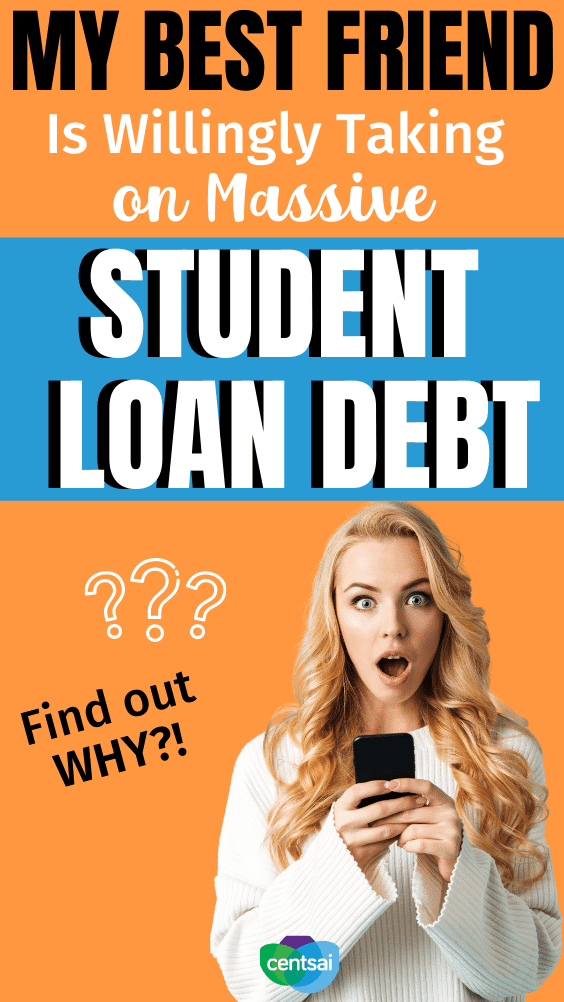 As a personal finance blogger, I have been writing about going to college debt-free since I was 16. I see many young adults out there struggling to make payments towards their massive student loan debt. Frankly, I don’t want to be in that boat when I’m older, and I don’t want that for my friends or readers, either.

So imagine my surprise when my best friend informed me that she would be taking out more than $70,000 in student loan debt. On purpose.

Now, before you start judging (or hyperventilating, like me) you should know a few things about her. Marianne (not her real name) is one of the most fabulous people I know. She is living a life of faith, purpose, and joy.

She is wise beyond her years and careful with her money. She works incredibly hard, taking on babysitting, nanny duties, and campus jobs. She does just about anything else she can do in order to earn as much as she can and cover many of her expenses.

The big catch? Marianne wants to be an occupational therapist.

This means that she can’t do just four years of college — she has to get a graduate degree, too. And that is going to add up quickly into what could be massive student loan debt. Although her parents are willing to help, they are not in a financial position to cover tuition and everything else that goes along with it.

A person can work only so many hours a week and still do well in school as a full-time student. Marianne says, “As soon as I came out of my first shadowing experience, I knew what I wanted to do. I want to be a blessing to people and help them live more independent lives. I’ve looked at other careers and I can only picture myself as an occupational therapist.” This left her with a difficult choice.

She could give up her dreams of doing what she’s always wanted. Or she could take out student loans in order to reach her goals.

Of the 30 fastest growing occupations, 18 are in the field of healthcare and related services, according to the U.S. Bureau of Labor. Other notable industries projected to grow steadily into 2028 include computer, math, and business.

Pivoting away from the health-care sector, STEM fields and business fields are also projected to be in high demand. Here are some jobs that stand out in their predicted growth:

She chose to take the loans and go for it.

Here are a few strategies she is following now so that she can borrow as little money as possible and reach her goal of paying off her massive student loan debt in less than three years after she graduates:

Marianne recognizes the sacrifices she is making (and will need to continue making) in order to pay her loans off so quickly, but doesn’t see it as harshly as I do.

I thought the biggest obstacle would be living so frugally, but my friend disagrees. She explains that she’s always had a frugal mindset, and that she just doesn’t care about things like brand-name clothing or having the latest iPhone. The biggest sacrifice is in independent living, says Marianne.

Choosing to live with your parents even after grad school is a sacrifice that some might not be willing to make. Marianne sees it as a worthwhile trade-off for establishing herself in the career she loves. Her parents are onboard, and they all have a great relationship. So it should work out well.

Robert Farrington, founder of The College Investor, believes in similar measures: “Student loans should be the last resort when paying for college. The earlier you start thinking about this, the better you can prepare.”

If all goes as planned, it will take Marianne 27 months to pay back all her student loans.

In the grand scheme of life, that really isn’t too big of a price to achieve her dream to become an occupational therapist. If things don’t go as planned, she already has a “plan B” in place.

If she can’t get a job in her field (unlikely, since occupational therapists are in high demand), she will be able to teach, thanks to her graduate degree. At that point, she could take on a second job just in order to pay the loans off as fast as possible.

What’s more, students like Marianne can look into scholarships to avoid taking out massive student loan debt. Federal student aid accounted for 62 percent of all financial aid in 2018–2019 according to the College Board, so be sure to fill out your Free Application for Federal Student Aid (FAFSA). “This is what will qualify you for need-based aid, and potentially unlock scholarships and grants from your state or school.” Farrington adds.

Private scholarships are nothing to sneeze at either — with more than 1.5 million applications open on leading scholarship matching sites like Fastweb. “Scholarships take a lot of work — but they can be extremely rewarding. The trick is to find and apply for many — I’m talking about applying for 20 to 30 or more if possible. This takes time, especially to apply fully. But, the odds of receiving a scholarship when you apply to that many is pretty good. And every little bit you get is essential,” Farrington further advises.

I believe that Marianne has the skill and drive needed to reach her career goals. Perhaps more importantly, she has the discipline to follow her plan and get the debt wiped out in less than three years. 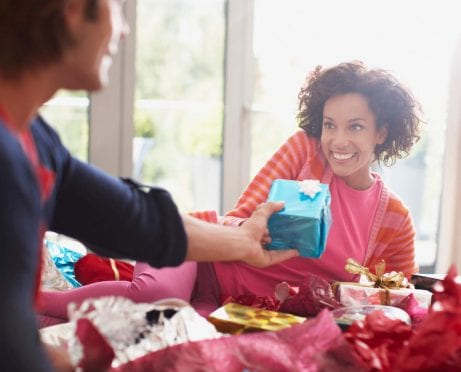 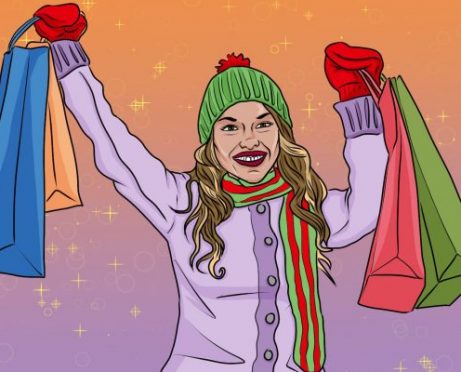 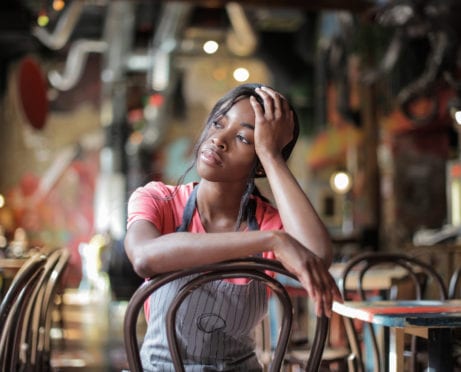 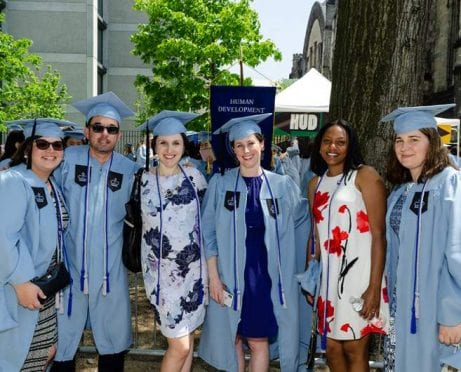 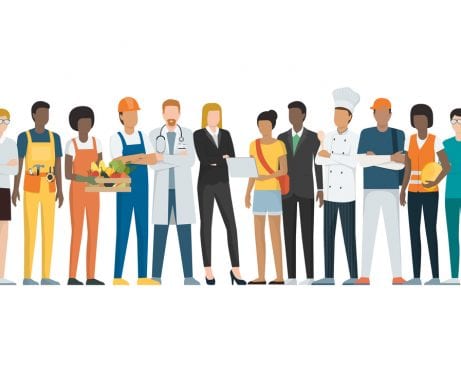 6 Surprising Jobs That Could Help You Repay Student Loans 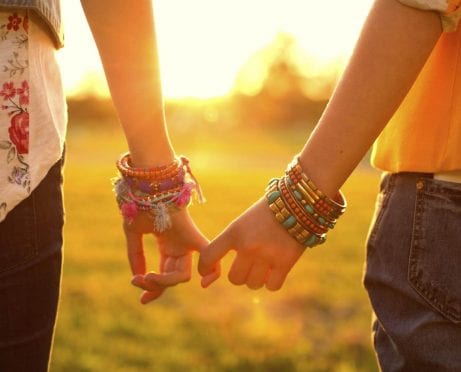 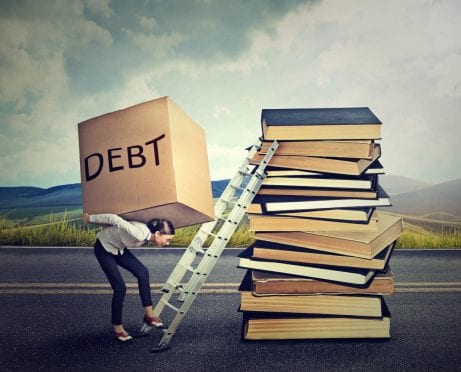 How LendKey Can Help You With Student Loans 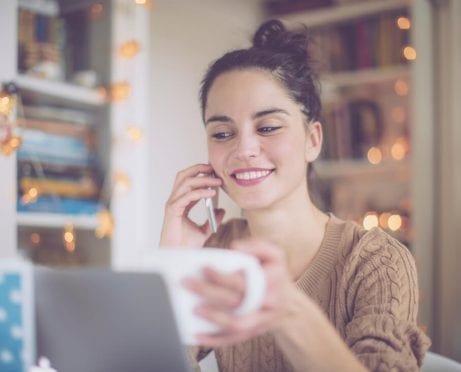 Should I Pay Off My Student Loans Early?