Should You Marry for Money or Love? | Marrying Up | CentSai
Relationships & Money

Should You Marry for Money or Love?

Kayla Sloan
3 minutes read
8287 views
CentSai relies on reader support. When you buy from one of our valued partners, CentSai may earn an affiliate commission. Advertising Disclosure 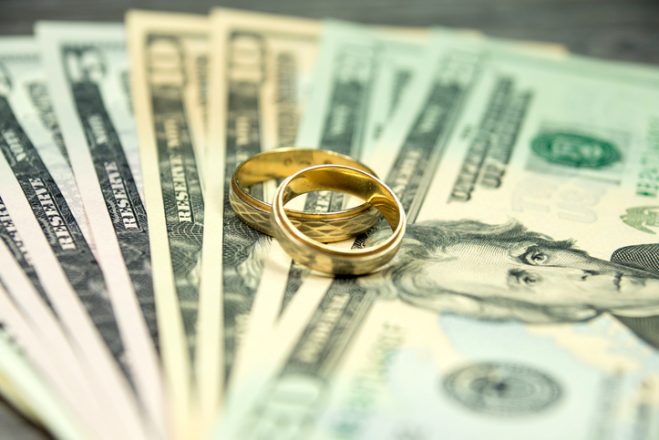 6 second take: Stop waiting for a wealthy “prince” to come riding in on a white stallion. Look for real love instead. 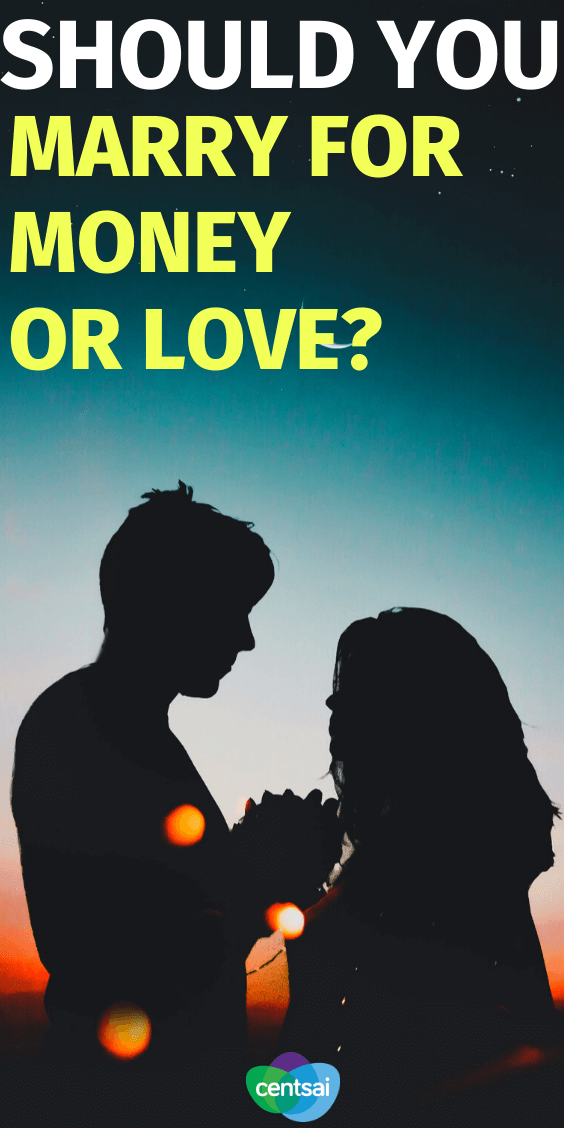 Once upon a time, women — thought to be the weaker sex — were encouraged to marry for money. It was ingrained into the notion of what a woman was supposed to look for. Women would gush to their friends and family about the wealth and status of their future husbands, hoping that marrying up would solve all their problems in life.

Even as a little girl growing up in the ’90s, I believed this to be true to some degree. This was partially because many of the classics that I watched on TV had a rags-to-riches theme that centered around a girl marrying a “prince” and living happily ever after. But we eventually grow up, and our perspectives change.

Stigma Behind Marrying for Money

Women who marry rich — or who share their desire to marry for money with friends and family — are often the subjects of shaming from other women. “People shame others when they’re jealous. If you want something and can’t have it, one response is to wish ill of those who do,” says relationship expert April Masini.

Part of this shaming stems from the fact that independence — financial and otherwise — has become more important for women over time. “I truly don't understand how a woman can live her life without the benefit of her own paycheck,” says Rhonda Moret of Del Mar, California.

Moret is a financially independent woman who’s also been married for over 20 years. She has only taken a few weeks off from work during her entire married life.

Know What You’re Getting Into

What’s wrong with marrying rich? It could provide a life of status and material comforts, but that may come at the cost of something else.

I’m all for independent women earning their own way through life, but I also don’t believe that we should shame others if they want to marry for money. Instead, I believe the correct response is to educate women to look for love instead of just seeing dollar signs.

“If you’re going to limit your love life to people who are only in your desired income bracket, you may be missing out on big romance,” Masini says.

Moret says that if she didn’t earn her own paycheck, her biggest concerns would be that she would feel “bought” by her husband, and that she might not be able to cope financially if she were to get divorced.

“With divorce rates and the frequencies of infidelities at unspeakable levels, I would think the prudent woman would realize we are all susceptible to going from ‘pretty and pampered' one day to ‘broken and broke' the next day as a result of a man's changing fancy,” Moret says.

Research supports her thinking. Multiple studies have shown that although “opposites attract,” seeking someone who’s completely different from you when it comes to finances may not be the smartest thing to do. Financial differences and money arguments are top predictors of divorce.

Should You Marry for Money?

So what’s a woman to do? I’d say the smart thing to do would be to marry for love, not money. But Moret takes it a step further: “Like my mother always said, ‘Figure out how to take care of yourself and don’t rely on a man!’”

Masini also suggests that you don’t limit your pool of potential partners based on looks, education, or financial standing. “Some wonderful people are rich or poor,” she says, “and if you choose not to date or marry them because they are rich or they are poor, then you lose out on love!”

Masini also says that one key to being happy with your partner — rich or not — is to value yourself and know what you bring to the table. “Value yourself enough to know that you’re both bringing qualities to the table that may or may not have a price tag on them.”

At the end of the day, marrying for money can only get you so far in life. Creature comforts may not be enough to sustain a life of happiness over the long term. So when you do marry, do it for love, not money! 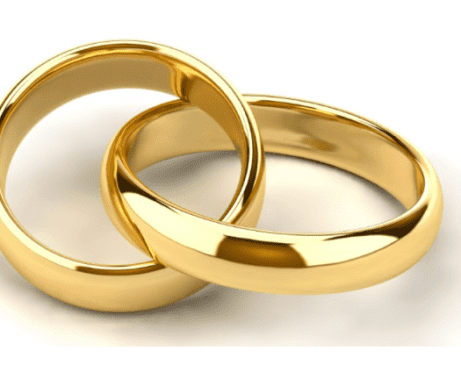