Beware the High Cost of Getting High | CentSai
Taboo Money

Melanie Lockert
4 minutes read
3241 views
CentSai relies on reader support. When you buy from one of our valued partners, CentSai may earn an affiliate commission. Advertising Disclosure 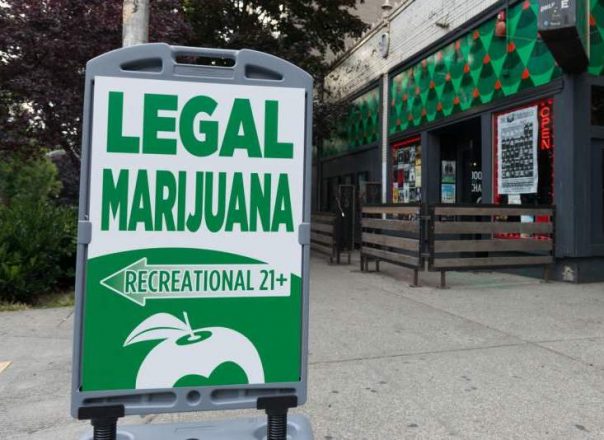 6 second take: There’s no sense in lying: We all know someone who doles out cash for recreational drugs. But how much does it really cost?

Disclaimer: Neither CentSai nor the writer promotes or encourages substance abuse. At CentSai, we’re committed to talking about money — even the taboo stuff. Even so, it’s up to you to be responsible. Given the sensitive subject matter, all sources in this article are anonymous.

Drugs were once considered part of the underground — a counterculture.

However, as generations have evolved, drugs have become more and more mainstream. How so? Recreational use of marijuana is now legal in 10 states and the District of Columbia, according to the National Conference of State Legislatures (NCSL). That means anyone can roll up to a dispensary in these places and get some of the green stuff.

Legal pot sales recently surpassed a market value of $10 billion, and that number is expected to reach $146.4 billion by 2025.

Every day, people are spending their money — hard earned or not — to get high. Drugs have now entered the mainstream, beyond just known addicts and people suffering from depression, or even people using substances medically, such as for pain relief. 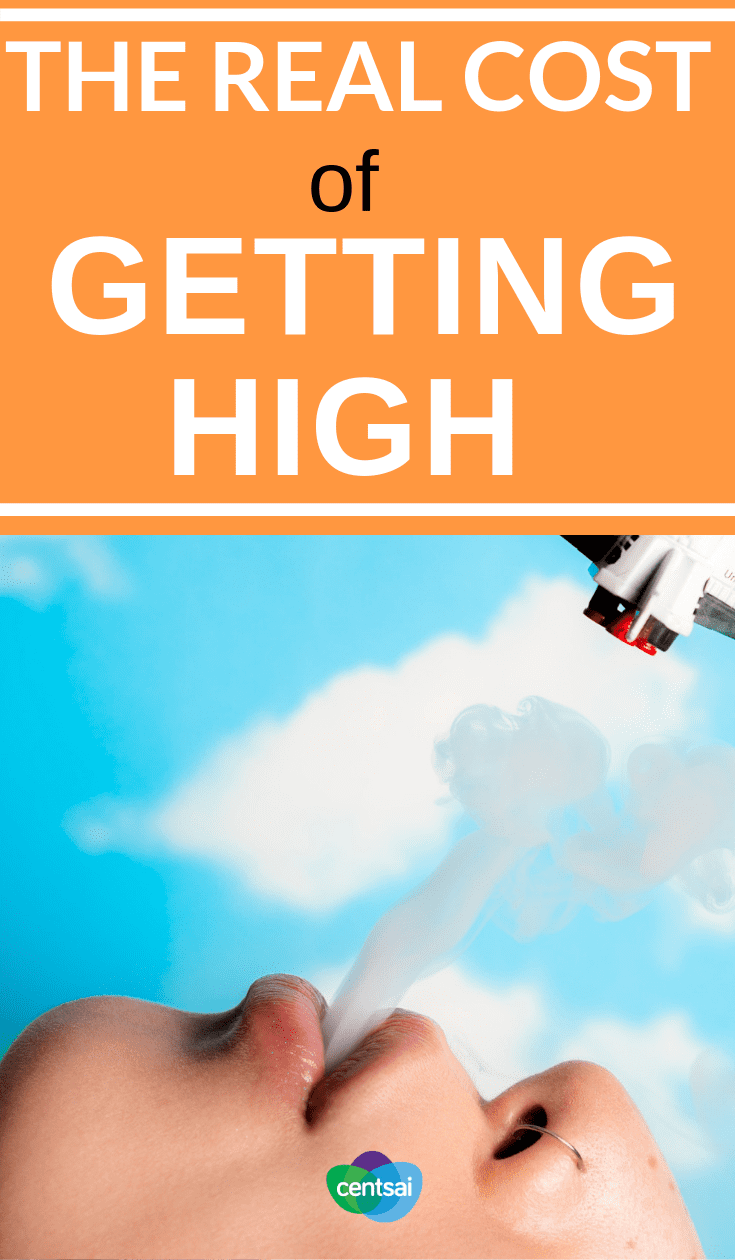 People turn to drugs for a variety of reasons, ranging from wanting to try something new to healing chronic anxiety or stress to succumbing to peer pressure.

One source I spoke with wanted to experiment a little. She decided to try pot and hallucinogenic “magic” mushrooms. She spent $15 on weed and $75 on mushrooms.

Getting high was fun for a while — until it wasn’t. Fortunately, after spending a lot of money on the drugs — and spending even more on things like takeout food — she realized it wasn’t for her.

Some users come up with creative new ways to cut the cost of getting high.

One person I spoke with mentioned bartering a bike for a stash of grass.

“An underground entrepreneurial spirit happens within these communities where the substance isn’t legal,” she pointed out.

For others, doing drugs isn’t so much about getting high and having a fun night or forgetting everything for a moment. Instead, it’s about healing.

For example, another contact uses medical marijuana for an anxiety disorder. She buys it from a dispensary and told me that it costs her $90 to $120 each month. She budgets for it like any other medical expense. As a result, she tends to be more frugal by staying at home and avoiding any drug-induced shopping or food purchases.

What’s the True Cost of Getting High?

Buying drugs to get high is an expensive habit. Everyone knows that, even those who are not users. The real long-term cost, however, is much higher.

Let’s face it: We don’t always make the best decisions when we’re under the influence.

You can spend a lot of money on dining out (munchies, anyone?). You can end up buying more drugs on impulse. Or you may be swayed into shopping or spending money on something else on a whim. And then there is the cost of a likely criminal conviction if you are caught — your first DUI charge can cost up to $10,000.

This level of damage to individuals is playing out at a much bigger scale nationally. Economic costs of drug abuse result in $120 billion in lost productivity, as well as $11 billion in health care costs, according to the Office of National Drug Control Policy.

The Economic Benefits of Marijuana

Conversely, there are great economic benefits of legalizing weed. For example, it would mean a big increase in state-to-state economies and more money for state and federal governments.

Legalization would also create jobs in the industry, thus generating more income in communities where it is set up.

On top of this, federal marijuana enforcement costs several billion dollars per year. They add up to approximately $3.6 billion per year, according to a report by the American Civil Liberties Union. If marijuana is legalized, this number will drop dramatically state to state.

The recreational marijuana available freely in some states has led to a louder demand for other states to adopt legalization. In fact, in 2018, 21 states considered bills that would also legalize it, and many more states have mixed laws surrounding its use and distribution.

Final Thoughts on the Cost of Getting High

The economics are attractive, as the revenue has been great and the additional taxes have padded state budgets.

At the same time, the use of hard-core drugs have ruined the financial and personal lives of hundreds of thousands in this country. Especially if you discount the “high-functioning” addicts glamorized by Hollywood.

As many more join in the “recreational” pursuit — and let’s not pretend they won’t — I would like to see drugs being used responsibly. Whether you’re doing it for relief from pain or anxiety, or just to get a feeling of well-being, it has to fit the budget. If you must do it — and I’m not going to get into an argument here over whether you should or shouldn’t — at least keep a sharp eye out on your cash withdrawals! 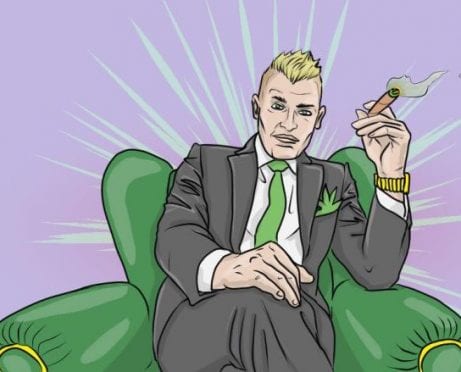 The Future of Weed: Is Investing in Marijuana a Good Idea? 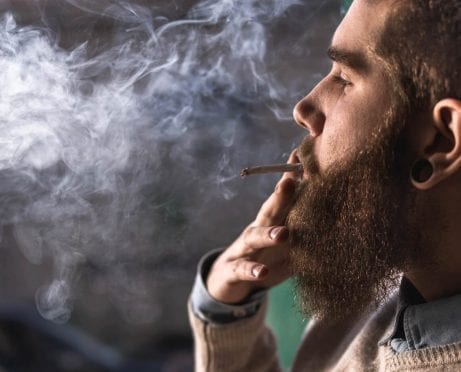 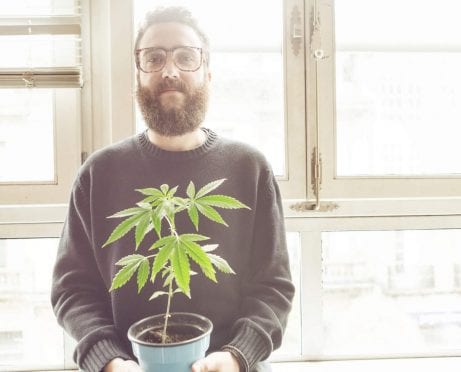 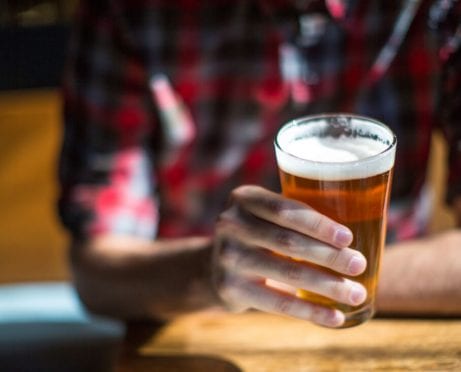