If You Choose a For-Profit College, Choose Wisely

Allison Martin
5 minutes read
1156 views
CentSai relies on reader support. When you buy from one of our valued partners, CentSai may earn an affiliate commission. Advertising Disclosure 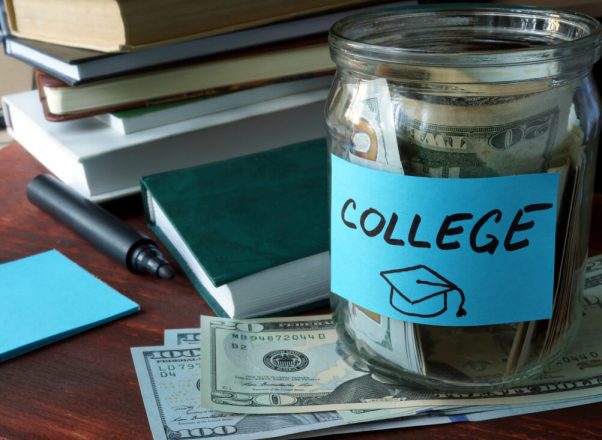 6 second take: For-profit colleges have been under fire since the ITT Technical Institute meltdown. Not all of these schools are dangerous decisions, but be careful in your choice. 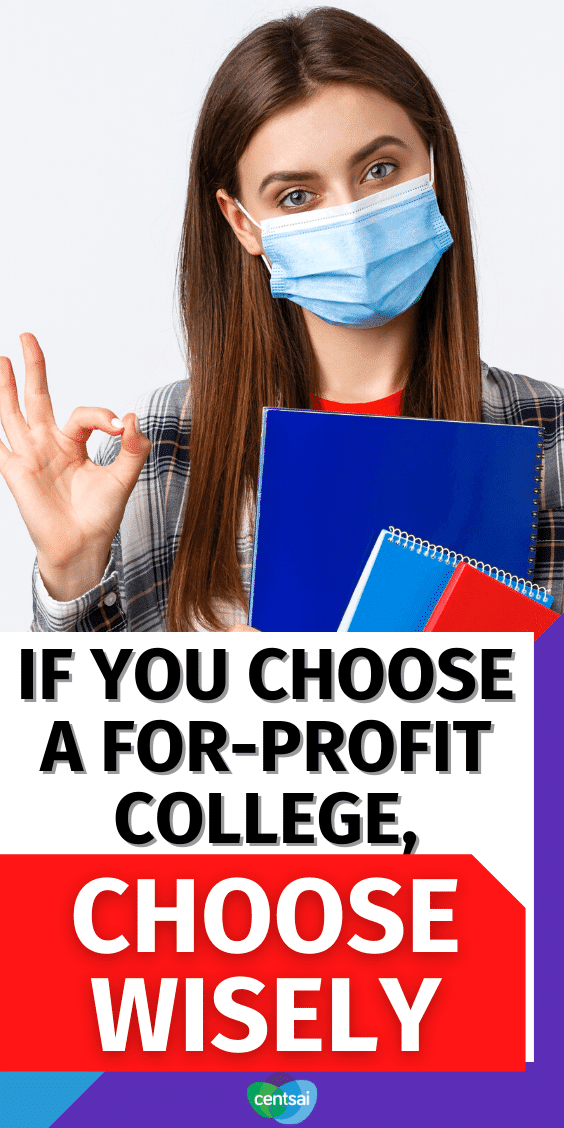 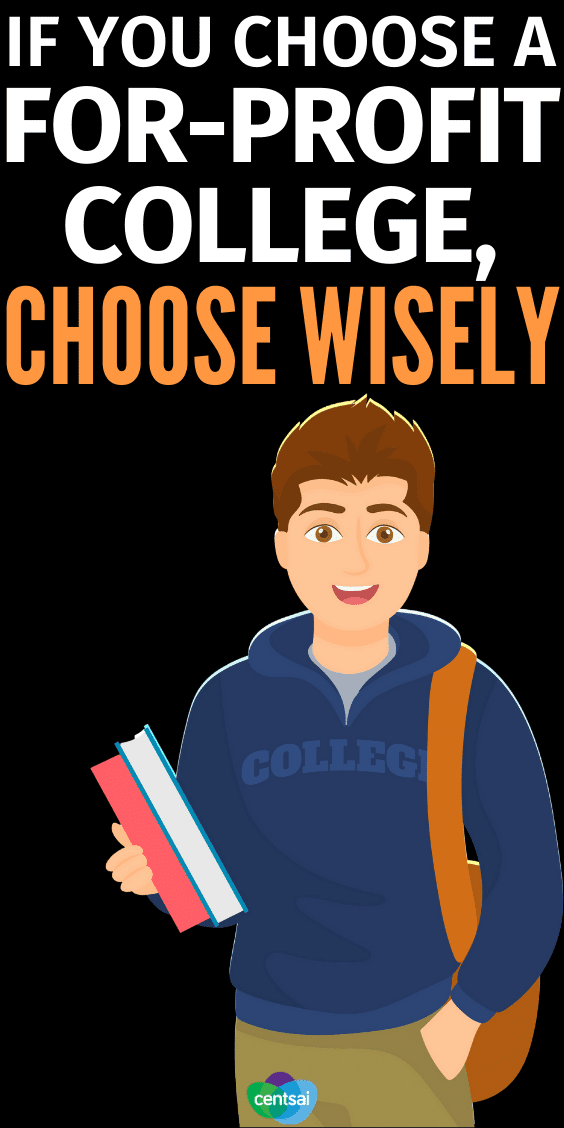 “ITT Technical Institute Shuts Down After Government Cut Off New Funding.” This headline, which appeared in the Wall Street Journal, made me sick. Since 2016, for-profit colleges have been under constant attack.

To say that I was in utter shock is an understatement. No, I’m not a current or past student. In fact, I have no real ties to the school beyond the few folks I know from high school who matriculated.

Still, I couldn’t help but think about the employees who were laid off — and even worse, the students who have invested years of their time and hard-earned money in their degrees.

Due to ITT Tech’s abrupt closure, approximately 45,000 students were displaced from their so-called “collegiate home” and left to pick up the pieces. The writing was on the wall for several years, but the end was rather sudden.

Fortunately, the Consumer Financial Protection Bureau has offered some guidance, and students with federal loans may qualify to have those loans discharged. The students also received more than $500 million from a settlement with the school.

However, that doesn’t take away the fact that these students still have to start from scratch with their higher education pursuits. They, and other students from for-profit schools that have closed, have been left without any credits even after years of work.

And what about the students who paid out-of-pocket or funded their education with private loans for a for-profit college? For many graduates, that cash is gone forever.

I won’t take any sides in this debate, but I can offer some red flags to look out for.

Some recruiters at for-profit colleges remind me of over-the-top used-car salesmen. They pressure prospects into enrolling ASAP (as if the college were going to stop accepting applicants in the blink of an eye) to meet their sales goals.

Take your time when selecting a school. This is a decision that can have a big impact on your life, so you want to be careful — weigh all your options, and don’t rush just because a recruiter needs to make a quota.

You should also beware of schools that boast ridiculous job-placement rates. After all, we all know that no job is guaranteed, no matter how qualified you are.

About 53 percent of college students typically remain either unemployed after graduation or working in a job that does not require a bachelor’s degree, according to the University of Washington. To make matters worse, the average student spends three to six months searching for a job.

If acollege is claiming a 90 percent job placement rate the day after graduation, there might be reason for concern.

It’s not uncommon for a college or university to have minority resources and support groups. However, an overemphasis on specific demographics is enough to make you wonder if there’s some underlying motive. Perhaps it’s to take advantage of those who are cash-strapped, have academic issues, or students with limited options? Do your research and be careful.

The average salary of the graduating class of 2018 was $50,944, according to the Society for Human Resource Management. So if a pushy recruiter is promising you a six-figure salary the moment you cross the stage for your diploma, chances are that he’s full of it.

5. Guaranteed Admission to a For-Profit College

The competition among applicants of reputable institutions is fierce because they won’t just let anyone through the door. The promise of “guaranteed admission” to a for-profit college flies in the face of that. This tends to mean that the school is less academically challenging than other universities, which could mean that your degree may not be as appealing to potential employers.

The College Board offers a detailed breakdown of the average cost of attendance for both public and private institutions. If the school you’re considering is much more expensive than the standard market rate, strongly reconsider. Make sure that the school offers financial aid. Without it, you may not be able to afford all four years.

If a non-profit college's coursework appears to be too thin, it’s likely that the degree isn’t worth the effort it takes to complete it. Attending a challenging school can be difficult, but if your degree is too easy to earn, it’s possible potential future employers will not be particularly interested in your résumé. For example, if the most challenging question from your calculus course is 2+2, you should probably seek a transfer.

8. Bad Reviews of the For-Profit College

There are always a few bad apples in every bunch of reviews. But if the bulk of what you’re seeing is negative, it’s time to be realistic.

Reviews tend to be a great resource, because the reviewers are not beholden to the school.

Read as many reviews as you can about both nonprofit and for-profit colleges, and see if students thought that any of the items on this list applied to the school. It could save you a lot of time and money. You can find reviews on StudentsReview, CollegeTimes, and College Confidential.

Let’s say you reach the midway point at the school, and then decide that you want to study elsewhere. You’ll need to find an institution that will accept the credits that you’ve already earned. Otherwise, you’ll have to start from scratch. And sadly, this is the case for many students at for-profit colleges — including those from ITT, who had to find out the hard way. Contact a prospective school and inquire if they will accept the for-profit college’s credits.

I hate to put it this way, but a degree from an unaccredited institution may be considered worthless by many employers. I discovered this many years ago when a close friend and I were in the market for accounting jobs. She had attended a for-profit college. The only problem was that it wasn’t accredited by the Association to Advance Collegiate Schools of Business. As a result, most of the employers with whom she was hoping to land an interview wouldn’t even give her the time of the day.

There is nothing wrong with attending a for-profit college, but it is important to be careful when selecting your school. Employers want accreditation, challenging coursework, and strong candidates. Be sure that you attend a program that offers you the tools you need to succeed. 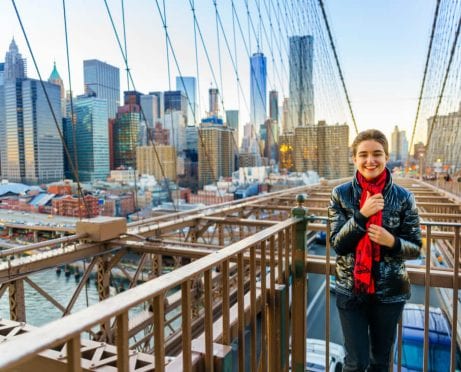 Do the Self-Employed Qualify for Unemployment Benefits?

Coronavirus and College: Will College Be “Worth It” in an Age of Remote Learning? 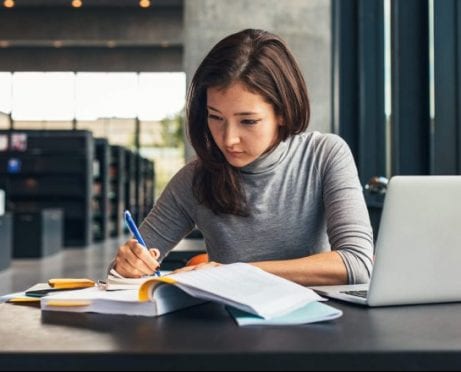 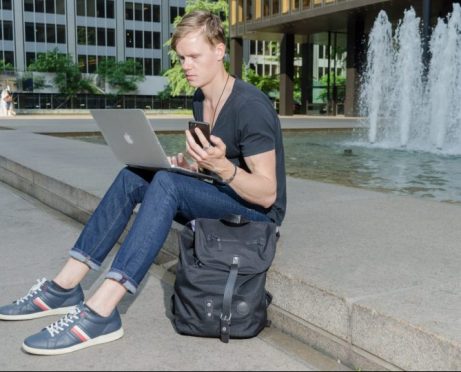 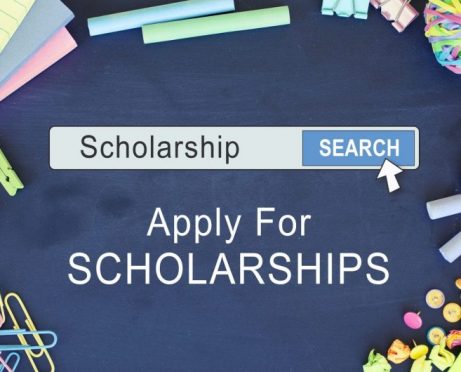 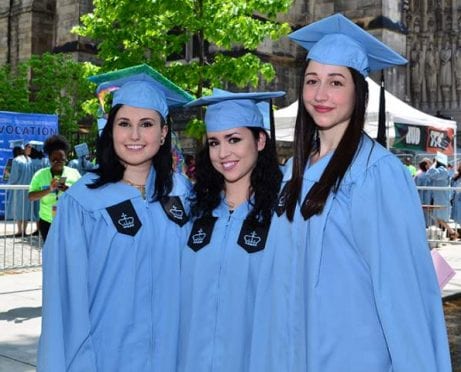 Why ROI Is a Bad Metric for Evaluating Colleges