Jessica Ozar
3 minutes read
2780 views
CentSai relies on reader support. When you buy from one of our valued partners, CentSai may earn an affiliate commission. Advertising Disclosure 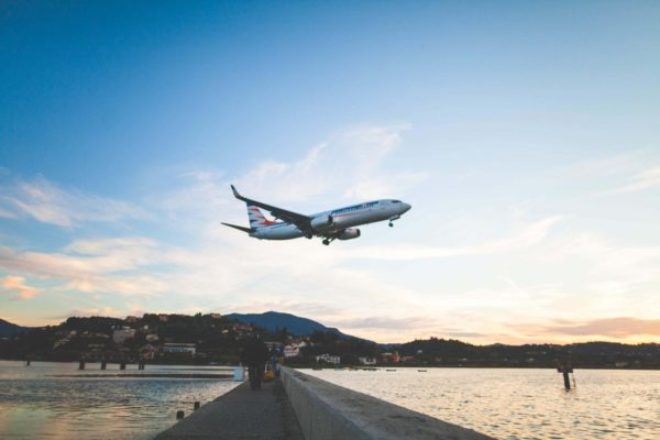 6 second take: After her time in AmeriCorps, Jessica moved to Israel, where she ended up living off of her savings for a year.

In the summer of 2012, I had just finished doing a year of AmeriCorps when I sold everything I owned and moved to Israel without a plan.  Not even a financial plan. I did not know when I would return home – or whether I even would.

Here’s a breakdown of what I started with:

I also received a $6,450 scholarship through MASA, an organization that helps to bring young Jews to Israel, but most of that was given directly to my program provider except for reimbursement of my flight. When I spoke to a previous program participant, she indicated that she spent somewhere between $250 and $400 per month.

Since I wouldn't be paying for rent or utilities, I figured I could survive on my checking account – spending an average of $300 per month – for at least a year. Then I'd use my savings for any extra travel costs. I was used to living cheaply as an AmeriCorps volunteer, so I had confidence that I could do it.

Even so, I planned to travel. My friend met me in Israel, and we traveled to Greece in late August 2012. With flights, a weekend cruise, and a short trip to Budapest, along with solo travel down to the Eilat and Petra, Jordan, I still wasn’t spending as much as I thought I would. By the end of 2013, I still had $4,800 in savings and about $3,000 in my checking.

Don't ask me how I did it, because I still don't know! This was before I learned to budget very well.

In Gedera – the small town about an hour south of Tel Aviv by bus – food was not that expensive. I was spending between $75 and $90 a month on groceries. My shopping list consisted mostly of fresh vegetables or staples like pasta, eggs, bread, and peanut butter. I often spent $15 on a pack of pasta, a pepper, two cucumbers, a tomato, soy milk, and cereal.

I made most of what I ate from scratch because Israel doesn’t have as many processed foods. Plus, it was a convenient 10-minute walk to the grocery store, so I could go frequently.

Looking at my credit card statements from 2012, I was going at least twice a week, and I would buy the exact amount of peppers or apples I was going to use. (I was mostly afraid that one of my seven roommates would eat it, but produce also went bad more quickly than in the U.S.)

By the time I moved to Jerusalem in mid-2013, my program had finished, and I found a room in a shared apartment with two other women for about $500 a month. This was right across the street from the school I was attending, and I even got another scholarship – also through MASA – to study there.

When I was in Gedera, my biggest savings were around transportation and health insurance. I didn’t have a car, so I didn’t pay for gas. In Gedera, I only took the bus when I left town to visit the nearby Rehovot or to Jerusalem.

I walked almost everywhere – even to the shopping center on the other side of town, which took 30 minutes.

I met my partner in early 2013, and being observant Jews, we dated intentionally, discussing our life goals and our financial habits – all within the first two weeks of meeting. We looked at cost of living.

And while it was somewhat cheaper in Israel, that was only possible if you could get a well-paying job. I'd been living on my savings, which were down to $480 in my checking account and $1,600 in my savings.

And that didn’t account for the flight back to the U.S. Needless to say, it was time to come home. My partner and I decided that even with the lower cost of living and our love of Israel, we had a better chance of getting well-paying jobs and buying a house in the U.S.

An Introduction to IRMAA