Unemployed With Credit Card Debt: One Story I CentSai
Paying Off Debt

Unemployed With Credit Card Debt, One Man Made Ends Meet

Jackie Lam
4 minutes read
2772 views
CentSai relies on reader support. When you buy from one of our valued partners, CentSai may earn an affiliate commission. Advertising Disclosure 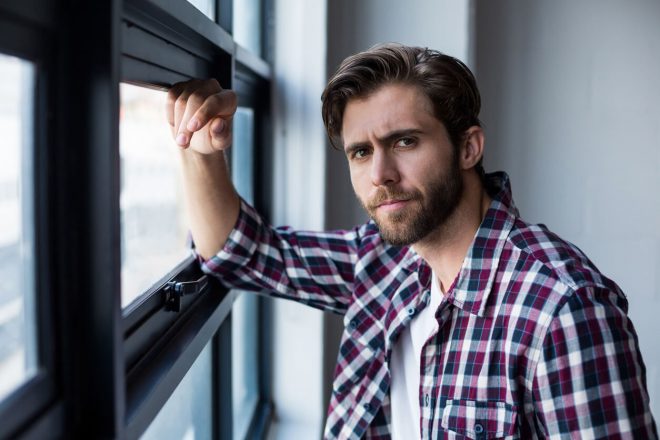 6 second take: Can you pay off credit card debt while unemployed? Here’s How one man did it.

Alan Steinborn loved poetry and music, but he grew up in a family that only cared about politics and business. He followed in his family’s footsteps and studied business in college. “My dad was a businessman, and looking back, I wanted to be a success in his eyes,” he says. After graduating on the Dean’s List in 1989, he packed his bags and trekked over to San Francisco. This is his story about debt – how he got into it, and how he got out:

After a stint selling pagers door-to-door, Steinborn landed a job as an account manager for a tech equipment company. While he raked in quite a high salary — $70,000 a year, plus bonuses — he felt miserable.

“The job was way out of my range,” says Steinborn, who now lives with his wife and daughter in Oregon. He remembers sitting in his car in a parking lot of corporate headquarters before meetings, listening to sports broadcasts just so that he had something to talk about with his colleagues.

To compensate for feeling so unhappy, Steinborn indulged in lavish sushi dinners at fancy San Francisco restaurants with his gorgeous girlfriend.

He also acquired a taste for designer suits. Steinborn was no stranger to Hugo Boss and Armani, and some of those suits cost between $600 to $1,000. “I needed an outlet for self-expression, and at the time, it was the best way I knew how to express myself,” he explains. “I wanted to present myself as an art piece. It was my attempt at creativity.”

All those nori rolls and fancy neckties added up, though, and Steinborn quickly racked up about $3,000 in credit card debt.

The Courage to Explore New Territory

In 1992, after working his corporate job for about two years, everything came crashing down for Steinborn. At the time, he was enrolled in a graduate program in political science. He got a warning from his boss that if he didn’t improve his performance, he would be fired. To add to the heap, he and his girlfriend of five years were on the verge of breaking up.

“For the first time in my life, I asked myself, ‘What was wrong with me?’” Steinborn says. He spent time exploring why he was in this predicament. “I realized I wasn't living a life I appreciated. I had all this energy and enthusiasm and curiosity, and I didn't know where to direct it. Or maybe I was just afraid to direct it where it wanted to go.”

He gradually worked up the courage to leave his “tribe.” He took up playing the saxophone. And after sitting in meetings all day at his corporate job, he’d meet up with a friend. They’d drive to Berkeley, read and write poetry, and discuss philosophy with other inquisitive friends. He practiced sax in his car during his work breaks and filled his cubicle with photos of the great jazz pianist Thelonious Monk.

His boss sensed his lack of interest and drive, and he eventually let Steinborn go. Steinborn saw it as a blessing in disguise — a way to start over. He allowed himself to do things that he had always wanted to do. He moved out of his apartment in North Beach and downsized to a cozy place on Haight Street. His rent was cut in half. He spent his days playing music and writing. Steinborn fondly looks back at that time in his life as his Golden Age.

Because he lived so simply and felt content with very little, he could effortlessly afford put $300 each month toward his credit card debt, drawing from his savings and unemployment checks.

In 10 months, Steinborn paid off his debt entirely.

While his family thought that their golden boy had gone insane, Steinborn knew he had made the right choice for himself. “I didn’t want to be stuck in a cubicle nine hours a day, doing something I didn’t like with people I didn’t care about,” he says.

These days, Steinborn works with his business partner to help people get out of debt at Destination Debt Freedom. He also lives simply in Oregon with his wife and baby girl. Here are his tips for those who are trying to align money goals with their priorities:

Don’t be afraid to go against the grain, even if it isn’t what your family had in mind for you. Steinborn found that by leaving his “tribe” and living a life of authenticity, he was able to pay off his credit card debt in no time, even while he was unemployed.

Ask yourself, “What’s worth being thrown out of my tribe for?” For Steinborn, it was self-expression, creativity, and art. Once he devoted more time to those things, he didn’t feel the need to spend excessively.

Once you figure that out, focus on that and stop spending time, money, and energy on anything else. See what happens! 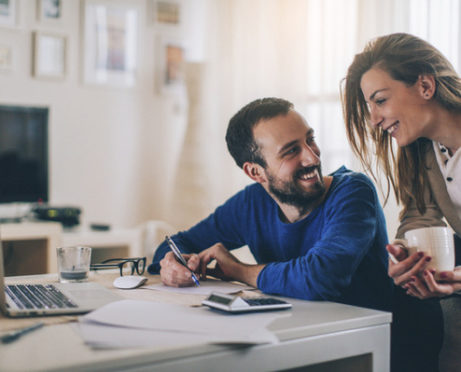 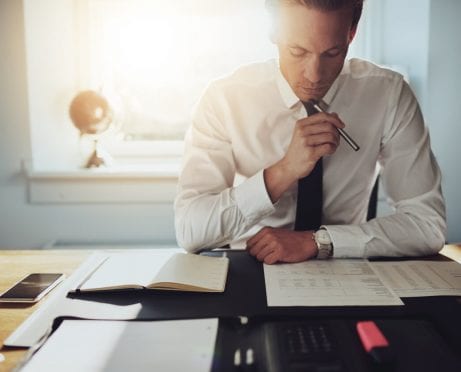