How to Participate in National Marches Without Going Broke
Frugality

How to Participate in National Marches Without Going Broke

Michelle Jackson
3 minutes read
1504 views
CentSai relies on reader support. When you buy from one of our valued partners, CentSai may earn an affiliate commission. Advertising Disclosure 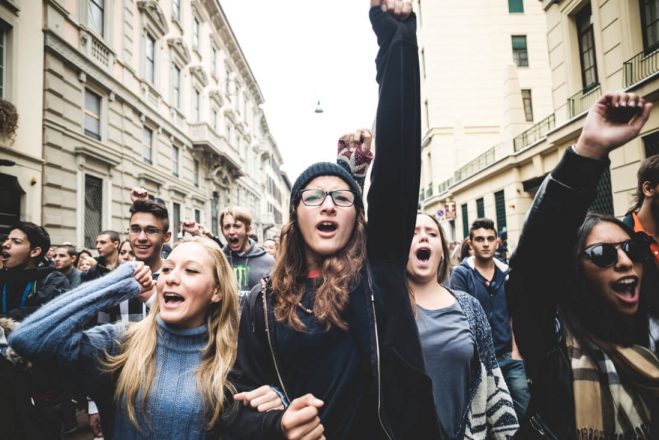 6 second take: Marching for your cause is a good way to participate in active democracy. Here's how you can get involved without going broke...

The unbelievably long election is finally over. But it’s clear that supporters on both sides of the aisle still have a lot to say to one another, and many of them will give voice to their opinions by participating in political marches.

In theory, political marches sound great. You’re playing an active role in a representative democracy. Typically, these marches or protests are organized fairly quickly. They may happen at a pace or distance that may keep ardent supporters from participating.

It’s great to be a part of the conversation and to take the time to make like-minded connections. But if you go broke in the process, you'll be left with a worse election hangover than the one you already have.

Here's what to consider when deciding if – and how – you want to participate in a national march without going broke: 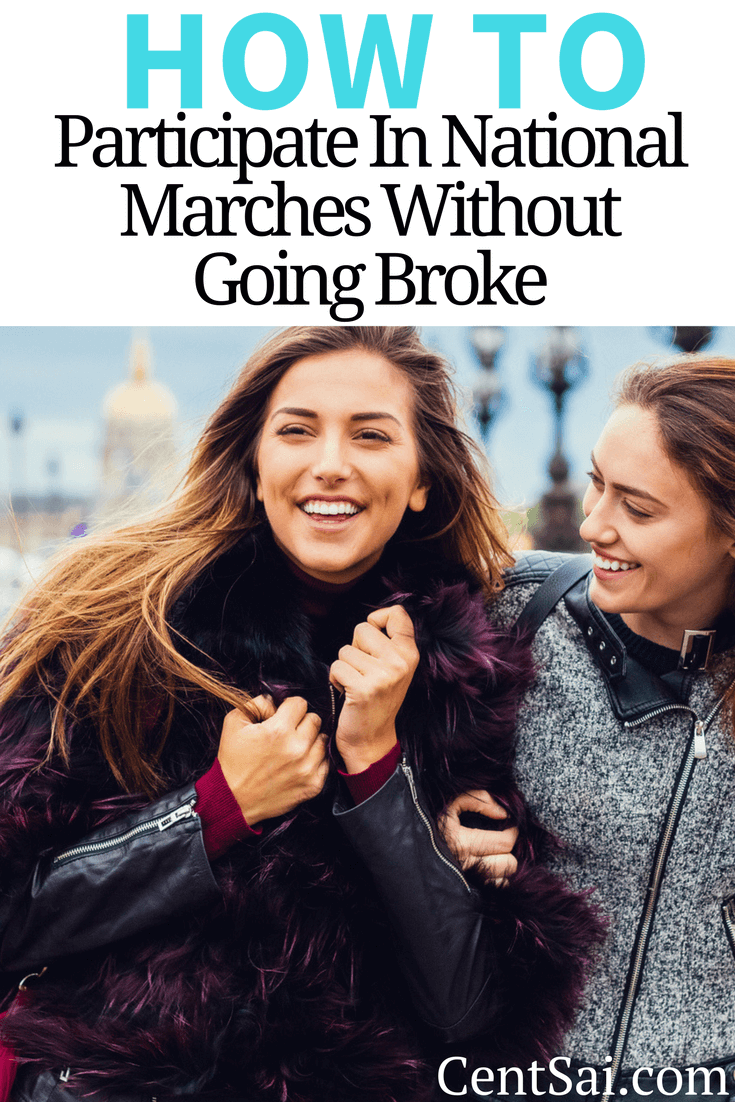 First, see if there are local events that will be held on the same day.

Just like with Uber or Lyft, surge pricing may occur. Assume that the costs of travel and accommodation for any larger event that you would like to participate in may cost more than you originally anticipated.

If your budget is tight, look for events being held in your town and opt to participate in those, instead. If you are living in other parts of the state than the one where local events are being held, reach out and see if there are like-minded people who would be interested in hosting you or carpooling with you.

Second, if you feel compelled to attend a national march, become a part of the organizing committee.

As an organizer or high-level volunteer, you may have access to resources that other participants wouldn't have, such as travel-related discounts or even access to donated frequent flier points to be used for travel.

Does your state have a delegation traveling by bus? Join them! Just bring neck pillows and blankets (those buses can be a little cold, and your head will roll around when you fall asleep).

Never stayed in a hostel before? This may be that moment to embrace that experience. Make sure that they include a breakfast buffet or have access to a kitchen so that you can make your meals and save money by not eating out.

Sell your stuff on eBay. We have tons of extra stuff in our homes. Those old skis that you never use? Sell them. The Vitamix that you stopped using? Sell it. The car that you never drive? Get rid of that, too. All for a good cause.

Slash your budget. Do you have recurring subscriptions that you’ve been paying for that you never use? Get rid of them and reallocate that money towards your future trip. Take the time to look at your budget closely to see if there is fat in your budget. Maybe review your transactions in Personal Capital or Mint to see where you can save.

Have you been eating out four times a week instead of two? Cut back and put your savings toward the cost of your trip.

Whatever side of the political divide you’re on, participating in the political process should not be a reason to go into debt. Please remember that your favorite (or least favorite) politicians won’t be going into debt in order to support their cause. You shouldn’t do that, either.

Finally, if you’re unable to physically attend a major march, take a moment to communicate with the politicians who you support by picking up the phone and touching base with them.

Regardless of how you perceive the outcome of the last election, it is exciting to see citizens become re-engaged with our democracy. Just don’t go broke while doing it.