Call Me Cheap – I Love It!
Frugality

Pauline Paquin
4 minutes read
1551 views
CentSai relies on reader support. When you buy from one of our valued partners, CentSai may earn an affiliate commission. Advertising Disclosure 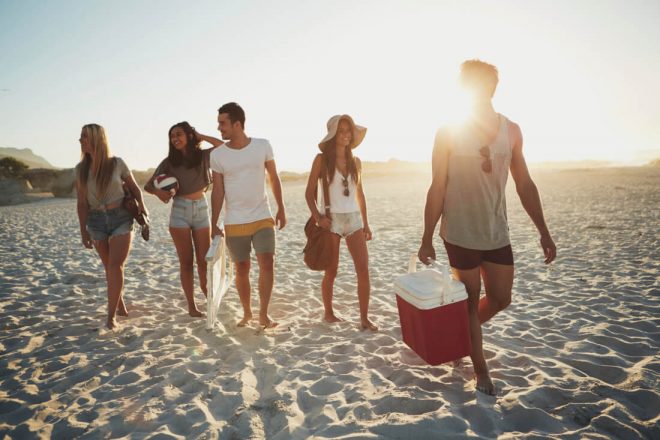 6 second take: You may call it "being cheap," but I call it "smart spending." It doesn't matter what other people think — I like being frugal, even when out with friends.

I used to have a friend. Then I lent him money.

I didn't think twice about it. After all, I had known him for more than 10 years – he was like a brother to me. I knew his entire family, had spent holidays with his parents, and even dated his brother for a few years.

Then I lent him $250 so that he could rent a machine and deliver a product to his customers on time. We saw each other at least twice a week before this transaction, but after I gave him the money, he performed a vanishing act.

I asked twice for my money back, got fed lies and promises, decided I wouldn't ask anymore; it was his responsibility to pay if he was a man of his word.

I remember a line from The City of the Beasts by Chilean-American writer, Isabel Allende: “If you lend money and never see the person again, that's money well spent.”

I have gotten away from people because I was always the one inviting them for dinner. Or because they wanted to go out all the time to expensive places and I had other financial priorities.

My closest friends are a group who I have a great money relationship with. We usually meet at someone's place, that person will have snacks and drinks ready, but everyone will bring something. Or if we stay for a few days, we will take our hosts out for an evening, as well as refill their fridge. We rotate hosts to make it fair for everyone.

We all have simple tastes, so even if the other two couples make way more than I do, I happily put in my fair share. Our sixth friend is pretty broke – not due to reckless spending, but to a low-paying job – so we generally sponsor her. Or when we pitch in for groceries, putting in $50 each, she puts in $20, and we don't say a thing because we know that's what she can afford. We are happy to invite her because she is a caring, supportive, and helpful friend.

If we go on a holiday together and I had paid for the hotel, they won't let me pay for meals the rest of the week. If we decide to do an expensive activity, like kayaking, I will refund the one who paid for my share. We all know instinctively what everyone has put in, and balance it out, without having to crunch numbers.

In my teen years, I was resentful of people when I would try to raise $100 for a friend’s birthday gift, and 10 people would pledge $10 each, then I would buy the gift and only have seven pay up. But of course, all 10 friends would turn up, standing around the birthday cake, getting credit for the gift.

I am sure you’ve been there – at that dinner where you only ate an appetizer, and drank water all night while your friends were going through bottles of wine like the world was coming to an end.

When the bill came, everyone said, “Let’s split in eight,” and you ended up paying as though you had a feast. Or rounding up to cover for the ones who did have a full meal, but didn’t account for the tax and tips. I avoid big group dinners for that reason.

I remember one weekend when we were all at a friend’s house for a two-day weekend. The ticket to get there cost $100-plus. My friend, as a good host, had planned activities for the whole weekend, including sailing and horseback riding.

I travel a lot, so sailing where she lives had no appeal to me. But staying on the beach while everyone was having fun wasn’t pleasant either. That said, I wasn’t about to spend the amount I normally do during a full day of international travel on a two-hour boat ride.

Staying True To Yourself

It is a tricky balance between making everyone happy and staying true to your financial beliefs. I don’t mind being the “cheap,” “not fun” one because my goals are set in the long term.

Friends in college used to tease me about my cheap ways. But since then, a few of them have come back to me, saying, “You know what? I wish I had your wisdom when I was 20 years old. Now I am paying off credit cards for things I don’t even remember enjoying.” Don’t give into peer pressure. Your real friends will stick around no matter what.