Personal Finance Trends in the Age of COVID-19

Barbara O'Neill
4 minutes read
3693 views
CentSai relies on reader support. When you buy from one of our valued partners, CentSai may earn an affiliate commission. Advertising Disclosure 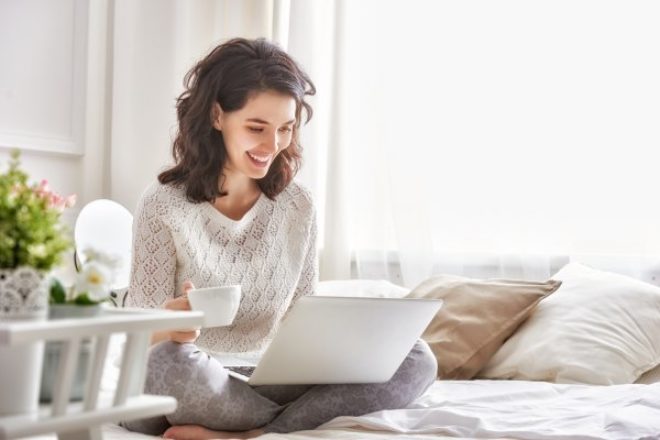 6 second take: The effects of coronavirus on consumer personal finance are profound — take note of 11 key changes from the last 6 months.

I recently attended a webinar for financial educators about Trends in Personal Finance, hosted by Next Gen Personal Finance (NGPF) founder Tim Ranzetta. The majority of the trends presented were informed by effects of the ongoing COVID-19 pandemic.

Below are 11 key takeaways from the webinar about how the pandemic is affecting different aspects of personal finance. More trend summaries will follow in subsequent blog posts.

Americans are sitting on record cash savings amid uncertainty related to COVID-19 and the economy. The U.S. savings rate hit a record 33.5 percent in April and was 19 percent in June as compared to about 7.5 percent before the pandemic, according to the Bureau of Economic Analysis.

Reasons for increased savings include reduced spending opportunities (e.g., eating out, travel, and entertainment) in a shutdown economy and precautionary savings because people do not know what the future holds.

Visa distributed 80 million contactless-enabled credit cards during the first half of 2020 in response to concerns about virus transmission.

These cards allow people to make quick “tap and go” payments by tapping a card in close proximity (about 3 inches) to a contactless-enabled terminal, thereby eliminating the need for swiping a strip or dipping a chip. The front of contactless cards has an icon that resembles a Wi-Fi symbol.

Banks are issuing credit cards with lower limits as they re-evaluate their lending standards in light of financial stress caused by high unemployment and other COVID-19 impacts.

The average credit line fell 9 percent to $5,257 according to the credit bureau TransUnion. Another action that many credit card companies have taken is closing inactive accounts to avoid being a borrower’s lender of last resort after borrowers “max out” their other credit lines.

Fraud related to credit cards was down 40 percent during the first half of 2020 compared to the last six months of 2019.

Possible reasons include less shopping traffic in physical retail stores and less information obtained through skimming (attaching a device to card readers, such as at gas station terminals, to steal personal information) and shimming (attaching a thin microchip enabled reader into slots for chip-enabled cards) devices.

The Fair Isaac Corporation (aka FICO) introduced a new credit score called the FICO Resilience Index as an alternative measure of creditworthiness.

It is intended to be a “tiebreaker” for borderline credit decisions involving borrowers with low credit scores who are still likely to repay their debt in full.

Scored from 1 to 99 (1 for the most resilient borrowers), the index puts more weight on a long credit history, low credit utilization, and few credit lines.

With mortgage interest rates at near record lows, many homeowners are refinancing their existing mortgages.

The federal agencies Fannie Mae and Freddie Mac, which hold two-thirds of all U.S. mortgages, will begin imposing a 0.5 percent fee on refinanced loans of $125,000 or more after December 1.

Sales of existing homes increased 24.7 percent from June to July, according to the National Association of Realtors — a record increase. As sales increased and housing supply fell, home prices rose, with a median price of $304,100.

Reasons for the increase in home-buying include people with stable jobs gaining increased purchasing power from low interest rates and buyers relocating from cities to less densely populated suburban areas for social distancing.

Quote requests for auto insurance between March and August 2020 increased 147 percent over that same time period in 2019.

Though people were driving less due to pandemic restrictions, they also had more time on their hands to conduct online searches and were motivated to find ways to cut household expenses.

Just like toilet paper early in the pandemic, supplies of U.S. coins (all denominations) have been running low.

As a result, the Federal Reserve has been forced to ration supplies to banks, which makes it difficult for banks to supply retailers with coins for use in their cash registers.

Reasons for the shortage include fewer coins produced at the U.S. Mint to protect workers from COVID-19 as well as lockdowns of bank lobbies, where coin counting machines are located.

Both Tesla and Apple announced upcoming stock splits in mid-August in an effort to attract a larger base of investors with a smaller amount of money to invest, by decreasing the price of their shares.

The value of an investor’s stock holdings remains the same after a stock split.

The Robinhood investing app, which provides investors with free stock trades, experienced a record number of trades in June. It has been criticized as akin to gambling (versus long-term investing) when used by day traders who buy and sell stocks daily.

Reasons for the day-trading trend include people stuck at home who are bored and/or trying to replace lost income, the stock market’s recent volatility, and a reduced number of sporting events available for online sports betting.

Auto Insurance: Strategies to Save