Why Are Gas Prices Going Up? Get the Lowdown | CentSai
Forgot Password?
WTF is...

WTF Is Up With Gas Prices Rising?

Patrick M. Graham
6 minutes read
1409 views
CentSai relies on reader support. When you buy from one of our valued partners, CentSai may earn an affiliate commission. Advertising Disclosure 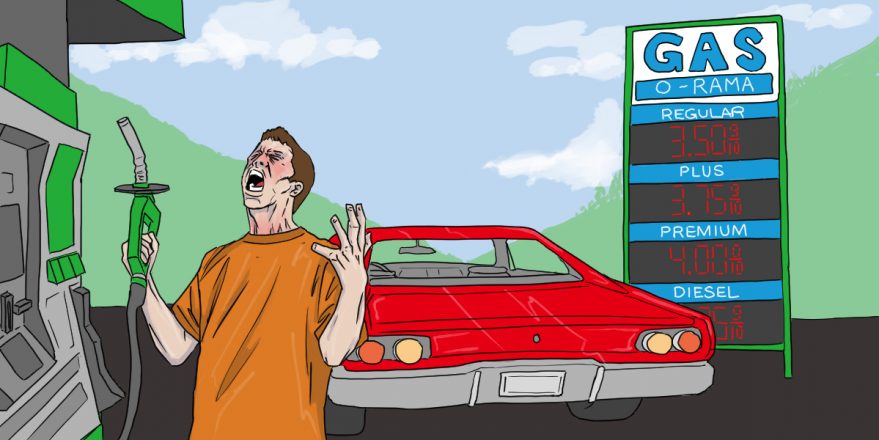 Ten years ago this month, a record that most Americans thought they would never see came to pass: The retail price for regular gasoline in the United States hit an all-time average high of $4.11 per gallon.

Yet prices crashed hard just a year later. In my old neighborhood near New York City, I recall the price shrinking to a low $1.32. That implosion, among many others, marked the beginning of the financial crisis — the so-called Great Recession — of 2009 to 2010. Since then, the cost of gasoline has risen, but remained relatively stable.

Today, gas prices are going up again. Some say the increase is a long-term trend. For instance, a gallon now goes for around $2.85 on average, about a dollar higher than two years ago. This is its highest level in nearly four years.

Prices are more than 20 percent higher than they were at this time last summer. In the New York metro area and other cities, a gallon of regular sits way above $3.00. But gas prices still have a way to go to match the high that they hit a decade ago.

All of this underscores the sad fact that we as consumers have no control over what we’re charged for gas, which can drain thousands of dollars from our bank accounts every year. However, if you learn about the factors and forces that drive prices higher, you may be able to take a few simple steps to save a little money at the pump.

Why Are Gas Prices Going Up? The Biggest Factors

There are a bunch of components that comprise the price of gasoline, but let’s start with the principal four: crude oil prices, refining costs and profits, distribution and marketing costs, and taxes.

It’s a complex formula based on market dynamics that seeks to keep prices stable. But prices can spike rapidly (within days), typically as a result of refinery disruptions or delivery delays that are often caused by storms, natural disasters, and war.

Just remember that almost 50 percent of gasoline produced in the United States comes from refineries along the hurricane-prone Gulf Coast, and that most of the world’s oil reserves reside in financially and politically unstable nations.

Why the Price of Crude Oil Is King

Naturally, the price of crude oil makes up the biggest slice of the gas-price pie. Supply and demand, in theory, set crude prices. Look how prices rise a bit in the summer, when more motorists take to the highways.

Today’s high gas prices also reflect massive growth in the global economy. Millions of people in China now own cars. India’s middle class is booming. The U.S. economy barrels along. Demand will continue to march forward. Consider this: Experts say that retail gas prices rise or fall 2.4 cents per gallon for a $1 change in a barrel of crude oil’s price.

Geopolitical trends can also affect prices at the supply level. The Organization of the Petroleum Exporting Countries (OPEC), a cartel of 12 oil-rich nations that control nearly half of the world’s oil production, has a reputation of imposing production limits to drive prices higher.

Over the decades, these OPEC policies have had mixed success and appear to be losing effectiveness as the United States ramps up domestic production of its shale reserves and squeezes more oil from hard-to-reach places with high-pressure hoses (a technique called fracking).

These efforts have flooded the market with oil, helping to suppress prices. Other factors causing higher crude prices include a decline in the value of the U.S. dollar and financial speculators who use vast sums of money to manipulate crude prices.

How Refineries Play a Part in Gas Prices Going Up

As noted above, if all hell breaks loose at a refinery (or pipeline) that serves your area, you can expect gas prices to spike for the short term. Typically, retail gas prices tend to rise gradually in the spring, as happened this year, and peak in late summer.

It’s a simple story of demand: More motorists hit the road and burn more gas, and as a result, prices go up.

But the environment plays a big role in the increase of summertime prices. It’s seasonal thing. The government requires that gasoline sold in summer months be less susceptible to evaporation in warmer weather.

That means refineries must switch production gears and spend more money on the ingredients, such as ethanol, necessary to produce less-evaporative gas. And the refiners will see to it that they get back their money. From 2000 to 2017, an average gallon of regular gas was 36 cents more expensive in August than in January, according to the U.S. Energy Information Administration. 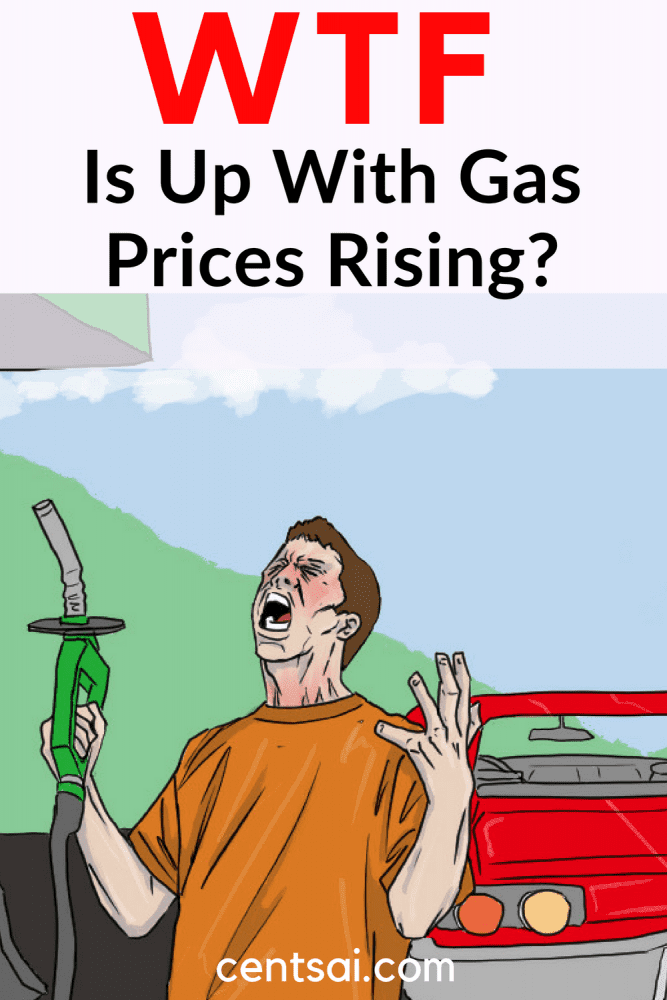 Retail gas stations earn anywhere from 5 cents to 14 cents on every gallon sold. For discount dealers, the profit margin may be much slimmer.

What dealers charge at the pump depends on their cost of doing business, which is affected significantly by the number of rival stations and by location (think traffic patterns).

Other costs, such as wages, insurance, and rent, also get factored into gas prices. This explains why gas costs so much in wealthier neighborhoods and has nothing to do with soaking the rich. Real estate costs are simply higher.

Gas is also more expensive if you use a credit card, as dealers get slapped with a 2.5-percent transaction fee per card that is passed along to the consumer.

Another thing you’ve probably seen in your neighborhood is how retail gas dealers tend to cluster at major intersections, charging nearly identical prices.

Then a few hundred feet down the road, another station stands by itself, charging slightly more for the same gallon of gas. And there are yet other stations that charge a lot more than the ones crowding an intersection.

For example, Shell dealers charge 20 cents to 30 cents more per gallon. Why? Because they can. The Shell Oil Company is a refiner with a big retail brand name. Also, Shell says its gasoline is better than the no-name retailers because it contains detergents and other additives that improve your car’s engine performance.

Aside from crude oil prices, federal, state and local taxes are the second biggest cost factor. Uncle Sam imposes an excise tax of 18.30 cents per gallon as well as a 0.1-cent fee to help clean up leaking underground fuel storage tanks.

Then the states pile on with their own gas taxes. Most of this revenue goes toward new roads and road repairs.

On average, states levy a tax of 28.13 cents per gallon. Pennsylvania’s tax of 58.7 cents per gallon is the nation’s highest, while Alaska has the lowest at 12.3 cents. Local and municipal governments can get in on the action, too. And remember, most states have their own sales taxes, which significantly affect the price at the pump.

Why You Should Care About Gas Prices Going Up

I bet most Americans care about the rising price of gas, especially those who depend on their cars to get to work. It’s not uncommon for people to commute 100 miles round-trip five days a week. That adds up.

The average U.S. household spends nearly $3,000 a year on gasoline. Imagine if gas prices break the $4-a-gallon threshold again. That will be a massive hit to many household budgets. Going forward, I think the price of crude (along with retail prices) will continue to rise as long as the global economy holds up.

A barrel of crude now sells for $69.50, a price expected to increase to $75 to $80 by year’s end. Of course, there are steps you can take to combat rising gas prices: Drive a smaller or hybrid car, pay with cash, or drop off the energy grid. It's up to you. Ready to start shopping?