What is State and Local Tax (SALT) Deduction? I CentSai
What Is…?

What Is the SALT Deduction?

Patrick M. Graham
5 minutes read
5069 views
CentSai relies on reader support. When you buy from one of our valued partners, CentSai may earn an affiliate commission. Advertising Disclosure 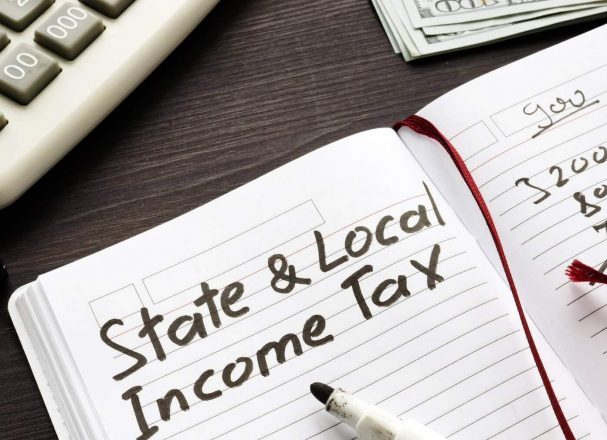 6 second take: SALT is among the most popular tax deductions, but what is it exactly?

If you're a taxpaying property owner in the Blue States of America, I’m certain during this tax season you know all about the SALT deduction. SALT stands for “state and local taxes” — like your state and city income, property, and sales taxes.

For decades, many taxpayers deducted the full amount of these taxes to help reduce their federal tax burdens. Not any longer. Thanks to Congress, many tax filers (both wealthy and middle class) now doing their taxes are discovering to their horror that their SALT deductions have been capped at $10,000 for married couples. The infuriating result? Higher tax bills and smaller refunds (if you’re so lucky).

The Benefits of the SALT deduction

For the taxpayer who itemizes, the benefits go beyond just mere deductions. The SALT deduction provides key benefits.

For starters, the combined SALT and mortgage interest deductions create a strong incentive for homeownership. And the sales-tax deduction provides additional incentives to encourage consumer spending, which helps economic growth.

According to the most recent data from nonprofit research group The Tax Foundation, about 30 percent of tax filers used the SALT deduction, making it the country's No. 1 deduction. The mortgage-interest deduction and the deduction for charitable donations are the second and third most popular, respectively.

And regardless of income, any U.S. taxpayer could claim SALT. The deduction’s heaviest use is in the high-tax Northeast — Connecticut, New York, and New Jersey. California is another stronghold.

In 2017, a Republican-controlled Congress forced through the TCJA, which the President quickly signed into law.

The new tax law is the most sweeping legislation in more than 30 years.

The TCJA makes small reductions to income-tax rates for most tax brackets, though of course, the wealthy enjoy the bulk of the savings. But its centerpiece is a massive slash in the corporate tax rate from 35 percent to 21 percent. It also gives partnerships and small-business owners a bunch of new tax deductions and breaks.

For families, it doubles the child tax credit from $1,000 to $2,000 per child and increases the standard married-filing-together deduction to $24,400 for 2019 taxes, but eliminated the personal exemption.

How Much Will the SALT Cap Cost Taxpayers?

The TCJA is estimated to cut taxes by $1.5 trillion over 10 years. So how do you think the GOP will pay for its tax cuts? By eliminating a host of popular tax deductions. Traditional deductions for home-equity interest, moving expenses, and alimony payments, among others, are history.

Some wanted to kill the SALT deduction outright, but by luck, the infamous cap was imposed instead. The Treasury Department estimates that the SALT cap will affect 11 million tax filers and force them to pay an extra $323 billion in taxes this year.

Not sure whether the cap will affect you? You might want to enlist the help of either a trustworthy financial adviser or a tax software to crunch the numbers.

Residual economic effects of the SALT cap are also starting to emerge. It’s depressing home prices and sales in the Northeast. If that continues, a real estate slowdown will bleed into the overall economy.

Why Did the Republicans Impose the SALT Cap?

There’s no debating the SALT deduction is costly and perceived as a huge giveaway to wealthy taxpayers. But really, do you think for a minute that Republicans would impose higher taxes on rich people, who make up the main part of their base? No, Republicans did it to hurt blue states that voted overwhelmingly Democratic in the 2016 election.

They also did it to send a message to many state and local governments in the blue states — the favorite targets of conservatives who argue they tax too much and spend too much on the needy and unionized government workers.

The new tax regime and the cap were rammed through without any real debate or deep thought.

The Democrats, sadly, did nothing to stop the cap. Even today some Democrats oppose any attempts to eliminate the cap, buying into the big lie that the cap affects only rich people and not middle-class families like mine.

Never in my lifetime have I been so affected by such a highly partisan and vengeful piece of legislation. It reeks of being a giveaway to wealthy individuals and highly profitable corporations like Apple, Amazon, and Facebook on the backs of the middle class and workers.

The tech giants sure needed a tax break! So let’s ask millions of middle-class homeowners to pay for huge corporate tax breaks because Jeff Bezos and his ilk need the money.

Republicans slapped the 2018 tax law together in the run-up to that year's congressional and senatorial elections in hopes that the tiny and temporary tax-bracket reductions for middle-class earners could buy off voters. Of course, that didn’t happen.

Nor did corporations (as hoped) use the windfall from their massive tax break to hire more workers and expand operations. They spent it on stock buybacks instead. That helps only shareholders, officers of corporations, and Wall Street. It does nothing for economic growth.

Save Big With Discounts Available

The Bottom-Line Cost of the SALT Cap

I live in Westchester County, just north of New York City, one of America’s main wealth makers. Hillary Clinton lives here, as do many Democrats — and Republicans. It also has some of the highest property taxes in the country, coupled with very high state income and sales taxes. Property tax bills of $35,000 or higher are common.

As for my wife and me, our property taxes are way lower, fortunately. But the cap will cost us $10,000 in SALT deductions, and we’ll owe about $2,000 to Uncle Sam this year. Yet it’s strange that I will get $1,000 back from New York. Hmmm … That tells me I probably would have gotten a federal refund, too, before the tax cap.

What Can Be Done?

Nothing for now. Some in Congress want to push the cap back to $20,000 or repeal it. Some affected states have tried to work around the cap using charitable donations.

I believe Congress will eventually eliminate the cap after the 2020 election. In the meantime, this SALT cap crap is just a reminder that the high property and income taxes in New York and in other states ensure we and our children receive access to top-notch public schools and services.