Ethereum Cryptocurrency Explained: What is it? | CentSai
What Is…?

Patrick M. Graham
4 minutes read
11096 views
CentSai relies on reader support. When you buy from one of our valued partners, CentSai may earn an affiliate commission. Advertising Disclosure 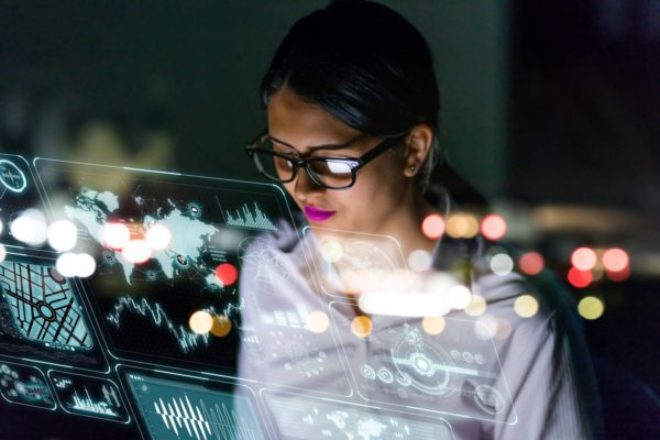 6 second take: Ethereum is the second-largest cryptocurrency, but its use extends well beyond being just another digital asset. Here's why.

What is Ethereum? Well, it isn't bitcoin. It’s a cryptocurrency, true, but Ethereum is different than bitcoin, the crypto granddaddy everyone is talking about.

Ethereum is the second-biggest cryptocurrency in the world, and it’s vastly different from bitcoin in terms of purpose, capability, and technology. It’s much more than a digital currency, in the sense that it is programmable.

You can create cool, innovative computer and smartphone applications with it. And there’s a lot of money behind Ethereum, too — some estimates put its current market capitalization at over $444 billion.

What is Ethereum and How Does It Work?

Think of Ethereum as a massive programmable computer that incentivizes computer scientists, software developers, and data experts to collaborate by tagging, modeling, processing, and storing data.

They’re then paid for their work in ether tokens (the name of the currency itself). They can then either convert the token into cash or spend it on things like more processing or storage power.

What is Ethereum's Objective?

The data — or programming code — that these computer scientists, software developers, and data experts work on is open-sourced and decentralized. Anyone with a computer can participate.

The data comes from businesses — namely startups developing artificial intelligence applications or decentralized finance applications — that allow strangers to see their data in all its glory and ugliness.

The hope is that these networks of data miners will improve the data, which businesses can then use to create products or services.

What’s really at the heart and soul of Ethereum and other cryptocurrencies are two key components: the blockchain and smart contracts.

How Do Blockchain and Smart Contracts Work?

The blockchain is the mother ship that makes this whole idea possible. Look at it as the public ledger that records every transaction on the network. Once verified, the record can never be changed or deleted.

Meanwhile, smart contracts carry out these transactions on the blockchain. They’re basically bits of code that automatically execute an action on the network when certain conditions are met. Each transaction record — along with the data and code linked to it — is what you call a “block.” Add them up, and you have your blockchain.

How Is Ethereum Similar to Bitcoin?

Both share three things in common: they’re virtual, they're decentralized, and they run on a blockchain.

The whole point of starting bitcoin was decentralization — to create an alternative to government-controlled banking and currencies.

People use Bitcoin to pay for goods and services while investors hope to make a profit off of its rising value. That’s about the whole story.

Ethereum can also be used in this way, but differs from Bitcoin due to its many applications, which could increase demand for the token and its subsequent price in the coming years.

What is Ethereum's Backstory?

Much like its 26-year-old inventor, Ethereum is quite young. The Russian-Canadian computer programmer Vitalik Buterin created Ethereum in 2013 after learning the ropes while working on bitcoin. Two years later, the first block of data was created and Ethereum was officially born.

What is Ethereum's Value?

Ether’s value is determined by the market. In other words, it changes value as people buy and sell it. But what makes ether truly valuable? The applications that can be created when you bring thousands of people together using their own computers (called nodes) to process and improve data and code.

Ether tokens are front and center both as the network’s fuel and as its members’ means of exchanging value.

And as more people exchange ether in these networks, the currency’s value rises, as well.

What are the Drawbacks?

Let’s start with the technology. Again, look at the Ethereum network as a gigantic computer (composed of thousands of smaller ones) that spans the globe. But as the network grows, the ability of each of the individual computers to process data slows down, as there is more and more data to verify. Plus, these networks are energy hogs, and somebody pays for all that electricity.

Additionally, most cryptocurrencies are subject to the whims of the market — meaning your Ethereum could hypothetically lose value over night. Individuals looking to add these digital assets to their portfolio should keep this volatility in mind.

Promising. It represents the new way forward — a way to help create decentralized computer applications you can imagine.

The Ethereum network has already produced a few offspring, such as Etheria, a blockchain version of the popular online game Minecraft. Then there’s Gnosis, an app that rolls out a so-called “prediction market” — a place where you can vote on anything from politics to sports to the weather.

Underwhelming? Sure, but it is a start. Ether users aren’t curing cancer right now, but you never know where this technology will take us — though nowadays, Ethereum has taken hold of the crypto market with the rise of DeFi (decentralized finance) applications.