What is an ICO? What Is an Initial Coin Offering | CentSai
What Is…?

What Is an ICO?

Patrick M. Graham
3 minutes read
1578 views
CentSai relies on reader support. When you buy from one of our valued partners, CentSai may earn an affiliate commission. Advertising Disclosure 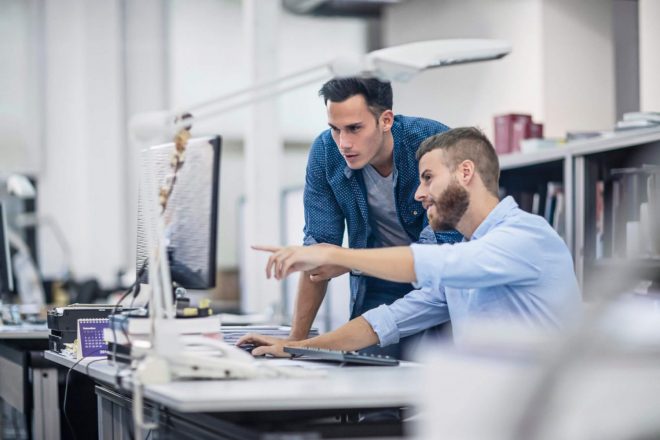 6 second take: An initial coin offering relies on cryptocurrency and loads of trust, but it can be immensely profitable for all parties.

What is an ICO, you ask? Imagine some modern-day Wild West sans the guns — a place where inventors, speculators, and dreamers are getting stinking rich, for good or bad, without any governmental control or oversight.

That’s pretty much the best analogy for today’s new hot investment trend birthed by the emerging cryptocurrency revolution: the “Initial Coin Offering,” or ICO. It’s a term you’ll being hearing more about, for sure.

What Is an ICO and How Does It Work?

ICOs are a new form of fundraising used mostly by tech startups that are developers for cryptocurriencies. You’ve probably heard of companies “going public,” meaning that they offer investors the chance to purchase their shares. If the company makes money, the value (or price) of each share increases accordingly. In turn, the investors make money, as well. ICOs work kind of like that, but with several exceptions:

First, instead of raising actual paper money, startups will only accept money in the form of cryptocurrency.

Second, those investors participating in an ICO are investing in the idea or promise that a product will eventually be created down the road. Remember, when investors buy shares in a company, there’s usually an actual product or service behind it. Not so with ICOs.

With ICOs, the cryptocurrency-of-choice is ethereum (ether for short) because it allows users to create new businesses, products, and services through the exchange of digital tokens. Ethereum — like its well-known cousin bitcoin — operates on the blockchain, which is a secure, updated ledger that records all transactions.

As I mentioned in my column on cryptocurrency, those big brains in the artificial-intelligence (AI) industry are turning to tokens to fuel AI innovations. For example, I know of a New York startup looking to launch an ICO in hopes of raising tens of millions of dollars.

The funds will help create a network of computer experts and geeks who will tag, model, process, and store data to create custom chatbots. These computer experts will be awarded tokens for their work. In turn, they can use their tokens to purchase cool stuff within the network (like powerful computers) or else convert their tokens into cash.

It’s no different from how video games incentivize players. ICOs allow startups to create their very own cryptocurrency. They don’t have to use the ether token.

In fact, the aforementioned firm plans to launch its own digital currency — one of hundreds now on the market — to help fuel its AI-development network.

Why Do ICOs Work for Non-Tech Investors?

Most investors only want to speculate on the token’s value. Once the ICO is finished — after, say, a week or month in which investors can buy tokens at a discount — the next move is to get the token listed on the currency exchanges where others who missed out on the ICO can buy it. Then it becomes a simple matter of supply and demand. The higher the demand, the higher the token’s value.

The Risks of ICOs

The only guaranteed investment most of us have access to is a savings account. But a lot of people and companies have gotten rich off ICOs — and they have been incredibly successful at raising money.

ICOs raised more than a $5.6 billion in 2017. How do they do it? No federal regulations, for starters.

It’s a free-for-all. And remember, most ICOs have no hard product to showcase when making their pitch to investors. It’s a promise. Many startups have launched ICOs based solely on a 30-page white paper. Yup — some dude’s paper-pitch can convince over-eager investors to bet their money away on a whim and a prayer.

The other thing to keep in mind is that the internet is far from secure. First, the ethereum blockchain — on which most ICOs operate — is prone to congestion. Transactions have been delayed and even lost. Some jerks will try to manipulate the network to gain an advantage in purchasing tokens. Then you have the hacker threat. So be careful.

How Do I Invest in ICOs?

Forget the hand-wringing. You want to get on the bandwagon! First, you’ll need to create a digital wallet. You can do that at Coinbase. There, you can link your bank account or credit card. Then set up an account with a cryptocurrency exchange and link it to your Coinbase account. Now you’re ready to buy tokens.