What Is a Tariff? How Do Tariffs Work? | CentSai
What Is…?

Patrick M. Graham
5 minutes read
7383 views
CentSai relies on reader support. When you buy from one of our valued partners, CentSai may earn an affiliate commission. Advertising Disclosure 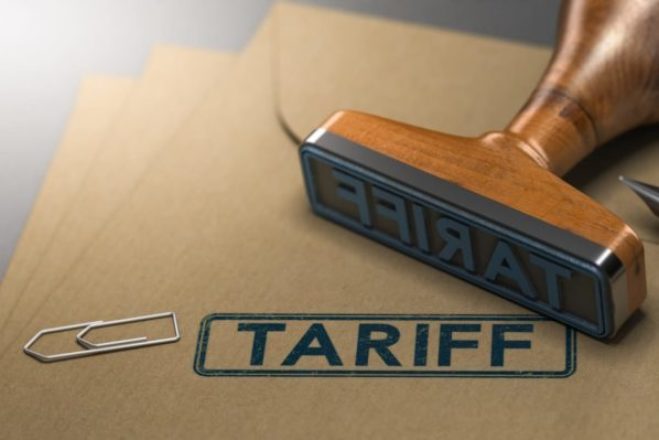 6 second take: Get the lowdown on how tariffs work, why governments use them, and how they affect you.

What is a tariff? It’s a tax that governments around the globe impose on imported products that consumers and businesses purchase regularly.

Governments initiate tariffs to discourage their citizens from purchasing a product made in another country by making it more expensive and thus less attractive.

More recently, then-President Donald Trump thrust the tariff issue back into the headlines with his controversial 2018 decision to impose the penalty on $60 billion worth of Chinese aluminum and steel imports. This came following his two other tariffs on Chinese solar panels and imported washing machines.

How Do Tariffs Work?

The former is calculated as a fixed percentage of the imported product’s value. However, the tariff is adjustable as the product’s price falls or rises. The latter is a fixed amount of money that remains constant no matter what happens to the product’s price. Sometimes governments will impose both kinds of tariffs at the same time.

Most tariffs are set to expire after a few years or are revoked when the politicians who imposed them realize that they’re causing actual harm to the industry that they were trying to protect.

Why Do Governments Impose Them? 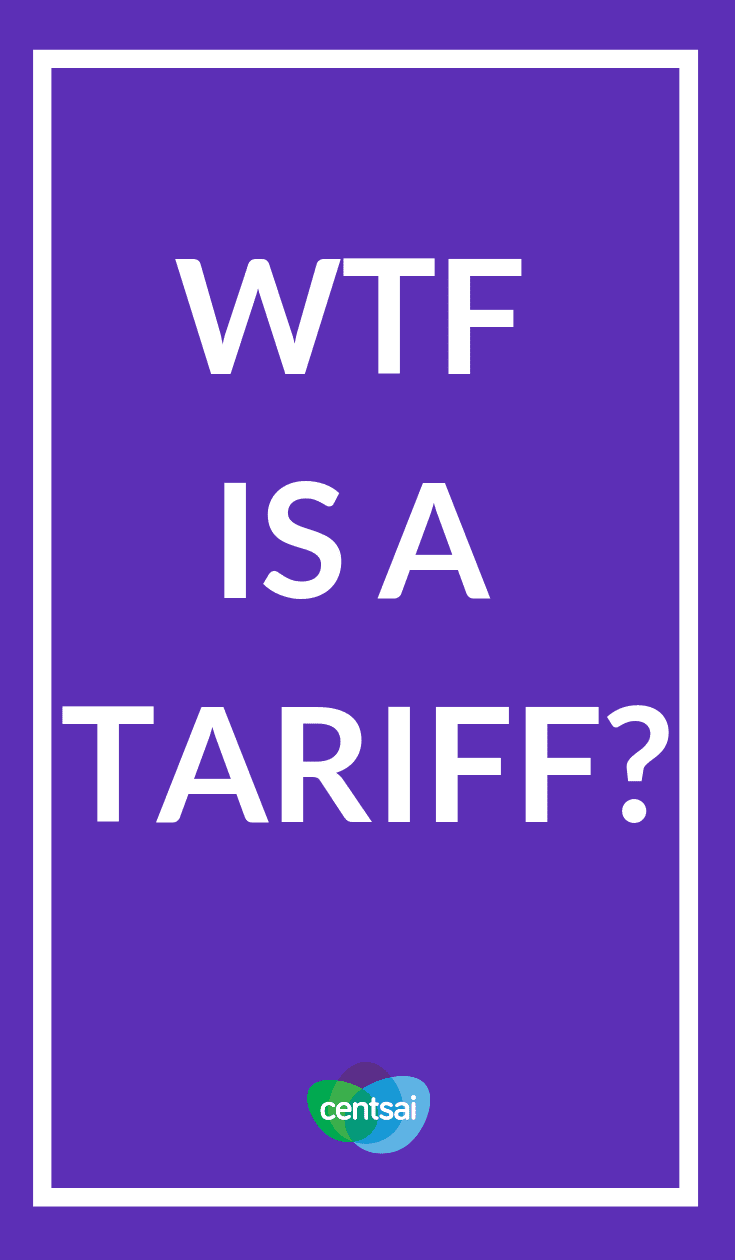 Sometimes governments use tariffs to raise revenue. But in truth, they chiefly use tariffs to protect domestic industries — namely failing ones, such as America’s steel and others that are crucial to the nation’s national security (military contractors).

In the U.S., the idea of either using or eliminating tariffs invokes strong arguments from both sides.

Backers contend that tariffs are necessary to shield jobs and wages from cheaper foreign labor.

Opponents, who call themselves “free traders,” argue that protecting industries from overseas competition can start retaliatory trade wars, hurt consumers, and unleash xenophobia. Just look at Trump’s attacks on China and Mexico, to name a few. But the biggest argument against tariffs is that they destroy domestic jobs instead of protecting them (more on this later).

How Long Have Tariffs Been in Use?

Tariffs have been around for hundreds of years. For a long time, European countries commonly used them as a tool to protect their already established wealth. Trading nations simply didn’t trust each other.

But let’s focus on the U.S., which has been using tariffs since the 1780s. The U.S.’s first tariff was enacted in 1789 to raise money for the financially strapped federal government, which incurred a hefty amount of national debt to defeat the British in the Revolutionary War. It was also intended to protect the nation’s cotton and armament industries.

Over the past 230 years, the U.S. has used tariffs in varying degrees, not only to protect industries and generate revenue, but also to gain economic leverage over other countries.

What Is Free Trade?

After the devastation of World War II, the U.S. stood alone as the most powerful nation on Earth, since its robust manufacturing industries went untouched by bombs and bullets.

Free trade became the new mantra. After all, why would countries that freely exchange goods and services without restrictions want to go to war with each other? Isolationism, protectionism, and xenophobia had all helped unleash the war’s massive killing and destruction spree. So free trade meant peace and prosperity — at least in theory.

Since 1945, America’s leadership as the free-trade champion has produced the World Trade Organization (or WTO — the referee and settler of trade disputes), as well as other free-trade pacts.

The most notable of these is the North American Free Trade Agreement (NAFTA). This agreement, signed in 1994, established a virtual free-trade zone from Mexico to the U.S. to Canada.

Overall, Are Tariffs Good or Bad?

Never forget Newton’s third law: For every action, there is an equal and opposite reaction. You mess with me, I’ll mess with you — and perhaps do something even worse than what you did to me. That’s why tariffs are downright stupid in the majority of trading disputes between nations.

It’s tit for tat. There are no winners with tariffs.

Let’s look at Trump’s misguided and rash move in early 2018 to target China and impose tariffs on aluminum, steel, and a host of manufactured products. Right on cue, China slapped tariffs on U.S. agricultural, energy, and industrial products.

In fact, China began to avoid purchases of U.S. soybeans, a devastating outcome for those American farmers. Ever practical, the Chinese government wants Trump to come to his senses before both mighty nations engage in a full-blown trade war. Trump’s tariff decision caused the stock market to tank, destroying trillions of dollars of wealth in a single day.

Thankfully, after the 2020 elections, they began importing soybeans once more, but it was a terrifying moment for farmers.

And there’s clear evidence that tariffs destroy wealth in other ways, as well. Then-President Bush’s tariff on foreign steel in 2002 killed off some 200,000 jobs in feeder industries, and then-President Obama’s tariff on Chinese tires in 2009 effectively imposed a $1 billion tax on consumers while protecting a measly 1,200 domestic tire-industry jobs.

The Bottom Line on How Tariffs Work

Tariff supporters (protectionists) are quick to proclaim that free trade is for suckers. There’s no doubt that China and other nations have taken market share from U.S. industries through underhanded methods (cheap labor and currency manipulation). But that’s where the World Trade Organization comes in.

Free, global trade — which the U.S. and other supposedly confident nations have championed since the end of World War II — has enriched most Americans by making many household products cheaper while opening new markets for American-made goods.

Let's also not forget that free trade has also lifted tens of millions of people around the world out of poverty. Think about that the next time some suggests a trade war would be a good idea.