401(k) Retirement Savings Plan: What It Is I CentSai

Patrick M. Graham
7 minutes read
6698 views
CentSai relies on reader support. When you buy from one of our valued partners, CentSai may earn an affiliate commission. Advertising Disclosure 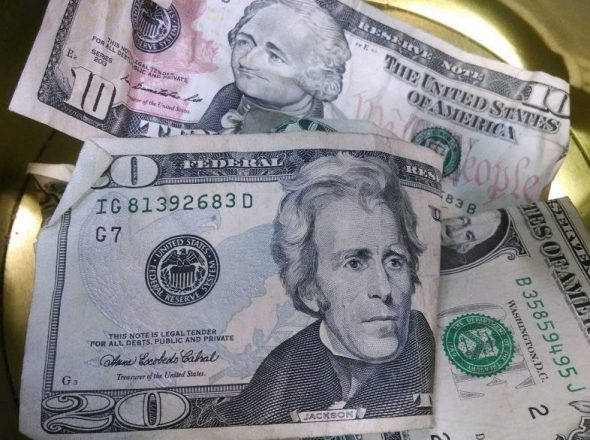 6 second take: A common retirement investment vehicle, 401(k)s often promise matching contributions as an incentive. But how do they really work?

A 401(k) is a retirement savings plan that allows employees of a company to save and invest for their own retirements while getting an immediate tax break. Employees deduct a portion of their paychecks before taxes are taken out.

The savings can then grow tax-free until retirement. The company itself might also kick in a bit to help fatten the plan. Federal and state income taxes will eventually be paid, but only when you withdraw the money from the plan.

Back in the day when your grandparents and parents worked, they didn’t really have to save for retirement. They had company-funded pensions instead — steady, livable income paid over the course of their retirements.

But in the 1980s, companies found pensions too costly to run and started to replace them with 401(k)s, which are named after the section of the IRS tax code that governs them. Some workers today, mainly government employees, still get pensions. But increasingly, these workers are being forced to contribute to those pensions.

School teachers, state workers, and employees of charities can save and invest for retirement in plans very similar in structure and function to a 401(k). These are called 403(b) plans, which I’ll tackle in another column.

At first, 401(k) plans were considered a supplement to pensions. But today, they're a popular method to save and invest for retirement in their own right. About 54 million Americans have $5.3 trillion stashed in 401(k) plans.

That’s the kicker, the lure. It's free money going in and free money while your investments grow, thanks to stock market gains and the beauty of compounding interest. And keep in mind that you can stay in this tax-free zone for decades.

Also consider this: Saving the annual maximum doesn’t mean it will cost you $19,500. Depending on your federal income tax bracket, the wonder of tax savings may mean giving up, say, $16,000 to get the benefit of saving $19,500. Imagine doing that for 45 years.

But it doesn't end there. You can get more free money: your company’s contributions, which can be a small percentage of your salary (nonelective), or a match of your paycheck contributions. These contributions are pretax. A triple whammy of free money.

How Do Company Matches Work?

Some employees are blessed to work for an employer that matches all their contributions 100 percent. Some companies don’t do any matches. In most cases, employers match up to three percent of an employee’s salary dollar-for-dollar.

For example, if you put in $3,000 of your $100,000 salary, your company will match with $3,000. But the company won’t match beyond that three percent, no matter how much you contribute. Annual contributions by both employee and employer are capped at $55,000.

Again, the match is free money for you and a tax deduction for your employer. Make sure you contribute up to the maximum amount your employer matches, or you’ll leave free money on the table.

Another benefit of 401(k) plans? You control how your money is invested. Most plans offer a dozen or so mutual funds that invest in stocks, bonds, money markets, and alternative investments, such as real estate investment trusts (REITs).

For some folks, deciding which investments to choose can be overwhelming. That’s why target-date funds were created for the DIY crowd. These funds hold a mix of several stock mutual funds and bond mutual funds that gradually become more conservative as you reach retirement. (The young should be in risky stocks; the old in steady-eddy bonds.)

The funds have a calendar year in their names that pairs the year in which you plan to retire. Other plans offer model portfolios based on your age, goals, and risk tolerance, among other things. Another option to consider that could help you make the best investment choices: hiring a financial adviser. This could be a human or a robot. Just make sure the adviser is a fiduciary.

Nonfinancial Benefits of a 401(k) Plan

The plans are portable, meaning if you leave your employer before retirement, you have four options with your money: Leave it with your former employer; roll it over to your new employer’s plan; roll it over to an individual retirement account (IRA); or cash out the money. In fact, I’ve done all these four things with my 401(k).

There’s another benefit, a crucial one: The plans are protected from creditors. If somebody sues you, they can’t come after your 401(k) money.

If you get a divorce, your former spouse can’t make any claims. It truly is your money. Just keep in mind that if roll your money over to an IRA, you lose these protections.

Lastly, there are 550,000 different 401(k) plans regulated by the Employee Benefits Security Administration, which requires that each plan undergo an annual “discrimination” test to ensure the plans aren’t just benefiting the company owners or higher-earning employees.

Can You Make Preretirement Withdrawals?

Sure, but it is a little complicated. And could be costly in some cases. Most financial experts frown on folks who withdraw money from a 401(k) preretirement. That said, if you still work for the company sponsoring your 401(k), you can take money out in the form of a loan or hardship withdrawal.

With a loan, most plans allow you to take out 50 percent of your holdings (typically $50,000 max) to pay medical expenses or purchase a new home. You pay the loan back plus interest (to yourself) over five to 20 years via payroll deductions.

If you take out a hardship withdrawal to cover extreme financial emergencies, you’ll have to pay taxes and penalties. In this case, it's not a loan; it's distribution. These penalties and taxes also apply to people who leave their employers and cash out a portion or all of their money.

In most cases, if you cash out before age 59 ½, expect to pay a 10-percent penalty in addition to federal and state income taxes. This means that if you take out $50,000, you could end up paying $21,000 in penalties and taxes, depending on your tax rate. Over the long term, you also forfeit an opportunity to grow your money tax-free.

The tax savings, company matches, and plan portability are the biggest benefits of 401(k)s. But there are two factors that give the plans a black eye: high fees and limited investment choices.

When you're in your company’s 401(k) plan, you're basically at its mercy. And plan quality varies a lot.

Other plans basically suck because they offer too few mutual funds to help you build an adequately balanced portfolio of stocks and bonds. And these crappy funds charge high expense ratios, sometimes as high as two percent. This means that each year you’d be charged $20 for every $1,000 invested in the fund. That fee, along with others, adds up over the years.

The industry average for expense ratios is 0.70 percent, a figure that I think is still way too high. These fees rob Americans of billions of dollars each year in lost savings, undermining the viability of self-funded retirements.

It might be wise to regularly check up on your account to make sure that you're getting the best deal possible.

Critics say that the 401(k) system is a big scam designed not to help Americans save, but to enrich Wall Street. They could be right. But you must still pay your expense ratio, even if your mutual funds lose money.

I have one more criticism: A few years back, I borrowed $18,000 from my 401(k) to pay the closing costs on my new house. Then, a year later, I got laid off. I had about three months to repay the loan in full. Otherwise, I'd get slapped with the 10-percent penalty and taxes. My case was the norm. I ended up taking the hit.

Starting my first 401(k) in 1997 at the Associated Press was one of the smartest decisions I have ever made. I eventually rolled it over into another company’s plan.

Despite two stock market crashes, my nest egg has steadily grown in value thanks to my aggressive investing style in super low-cost index funds and generous matching contributions from a former employer. It provides me some peace of mind and reassures me that I won’t be eating cat food in retirement.

If your company offers a 401(k) plan, join it immediately. Ask human resources. When you're ready, just pay close attention to those expense ratios and invest only in index funds.