What Is the Gig Economy? How It Gets Misunderstood | CentSai

Peter Neeves Ph.D
9 minutes read
5414 views
CentSai relies on reader support. When you buy from one of our valued partners, CentSai may earn an affiliate commission. Advertising Disclosure 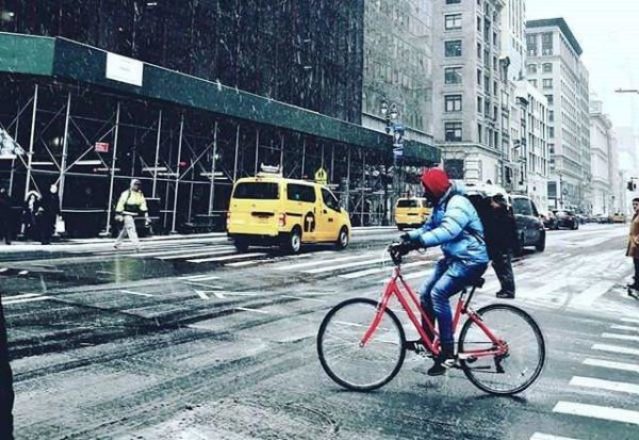 6 second take: The gig economy is often misunderstood. What is it really, and what does it mean for you?

Popular media might lead you to believe that virtually no one has jobs anymore, we’ve all gone gig. And there is indeed a gig economy. But it’s not even close to how people perceive it.

Certainly, there are wide-scale changes in general in the work environment. Some are desirable, others less so. Either way, there’s a reduction in stability and a couple of other factors — some that helped create the mythical gig economy, others that aren’t directly related but are all too often lumped in.

Let’s look at what is and isn’t gig-related. Then we can look at the pros and cons, as well. 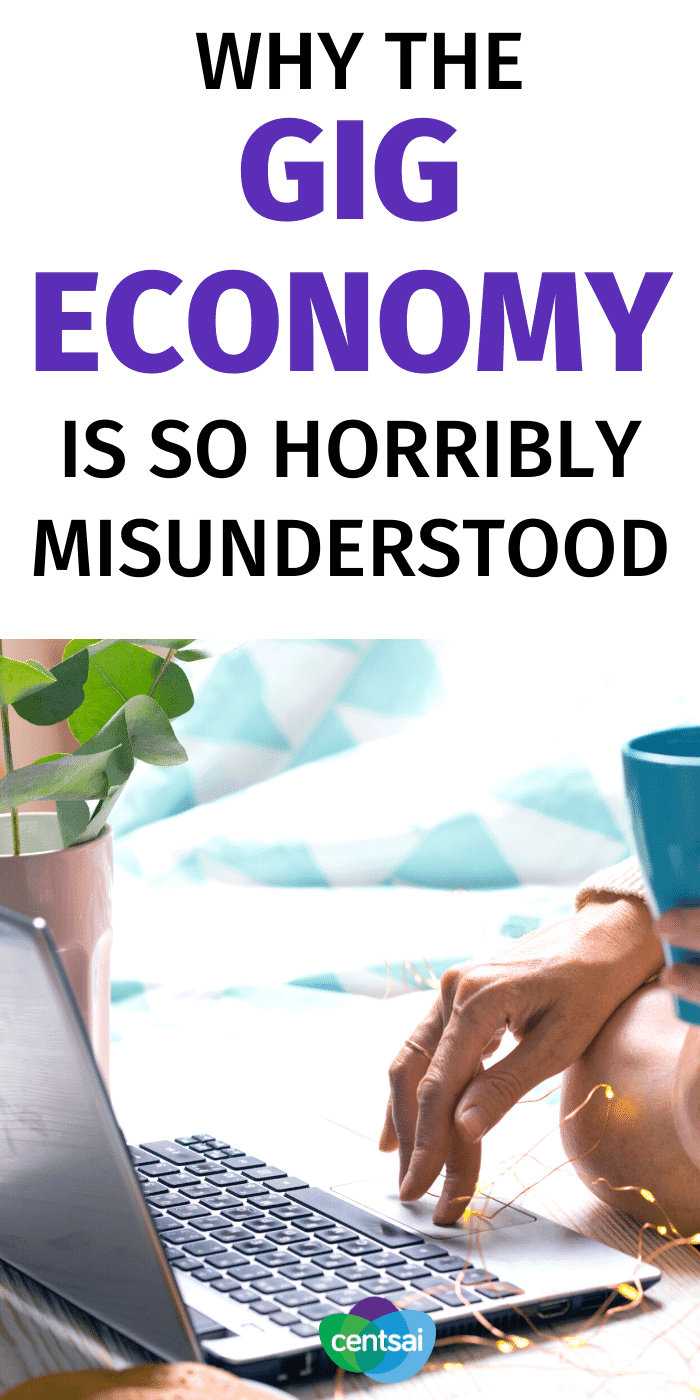 There’s no universally accepted definition of gig worker, but we can sort out who should and shouldn’t be included in this category.

Employees aren’t gig workers. Gig work is independent, freelance work, done for one or more parties. Gig workers are independent contractors. They don’t receive salaries or hourly compensation. Gig workers report their income on Form 1099, and they typically report it as self-employment income.

Gig work is temporary. Even when it’s not.

A gig worker is retained to perform a service or complete a project or projects. The relationship can continue indefinitely, but the work and deliverables will typically determine the costs that the gig worker charges.

An insurance agent representing one or more companies is paid commission based on sales. But the expectation is of a career with the firm or firms. That’s the nature of the work — it’s not project-related or service-related. It’s a career, not a gig.

Gig vs. Side Hustle

A side hustle could be a side gig, where the work is gig work. Or a side hustle can simply be side employment. If you work a second job as an employee, that’s a side hustle. If you drive for Uber on the side, it’s technically a gig. But you’re really not a part of the gig economy. Rather, you’re working a side hustle that’s paid as a gig.

Sometimes you have a gig and it grows, so you hire people. Now you’re a business.

Perhaps your gig was web design. You did all the work, and people loved it. So you hired people to help you do the work.

Now you’ve got a couple of other web designers along with yourself. You no longer have a gig, you have a business.

Depending on the nature of your arrangement with the people doing the work for you, they may be employees or they may be gig workers. But you graduated. You’re out of the gig economy.

If you have employees, you’re a business. A gig worker may have people do things for them, such as post to social media or perform a variety of tasks. That’s fine. And usually, these are other gig workers being paid to perform a function for which they get paid. The relationship is typically an indefinite ongoing relationship — pretty normal for a service gig.

Gig workers work for themselves, doing gigs for others. This can be contract or freelance, there can be one engagement at a time or multiple engagements for multiple clients. Several details separate real gig workers from others.

Real gig workers work on their own schedules. Naturally, they may have meetings or presentations that need to coordinate with the schedule of others. But no one else can set a gig worker’s hours. There’s no 9 to 5.

A gig worker decides what to work on. Mostly.

If you’re doing gigs for a company, you can decline those that aren’t a good fit. This mostly comes into play in certain situations.

For example, if you’re contracted to do IT for a company, you need to do all IT. You don’t get to pick. Your pick came in choosing whether or not to take a contract to do all IT for the company. You did get to pick, upfront when you took the assignment.

Gig workers are paid for what they do, but with rare exceptions, not directly for their time. There are some gigs where compensation is established on an hourly basis for services, but that’s not the norm. And it’s still not employee compensation, it’s 1099 work.

Gig work is a gig worker’s primary means of livelihood. They may have a side job, especially if starting out. But if you’re really a gig worker, that’s your main act.

Several factors have contributed to the growth in gig work. From a company’s perspective, there are several advantages. It’s a lot easier to fill temporary needs with a gig worker than with an employee. And it’s also easier to fire them.

It can be difficult to determine who can really do some specific technical jobs. Some applicants seem great on paper but can’t produce once hired. If you hire them as an employee, you’ve got a whole HR process to go through with all its recordkeeping and red tape. Contract workers don’t have the protections employees do. It’s far easier to let them go.

Many people are doing gig work by choice. They’ve gotten tired of bureaucracy and meaningless assignments. Gig work allows you to sell your skills or talents in the marketplace at whatever rates you can command. It puts you in control. You’re not boxed in by some company’s seemingly arbitrary and limited pay scales.

Control of your own destiny is a major driver of the gig economy.

Gig work provides flexibility and freedom that employment simply can’t. You can go to the kid’s games or even coach them. You can do nearly anything that still allows you to do quality work in a timely fashion.

The trade-off for being able to sell your work for what it’s worth is that it really needs to be worth something. Gig work benefits the most talented and hard-working who were underpaid and underappreciated in organizations. It’s a trap for the lazy and not-so-competent who may find it difficult to make any reasonable sort of a living.

Some people were pushed into gig work by downsizing or reorganization. They found the job market had turned harsh. So they hung out their shingle. And they’d never go back.

Others chose the path for the unlimited upside coupled with freedom and flexibility. They’re willing to take the additional work, risk, and costs of self-employment in exchange for its benefits.

Getting a good handle on the number of gig workers is difficult. It’s often way overstated by organizations or interests who want to present it as extremely large. If you drove for Uber two weeks last fall you’re clearly not a gig worker, but many surveys count you as one.

Similarly, if you work a full-time job and drive for Uber on weekends to help pay down bills, you’re not really a gig worker. You have a side gig that’s not really any different from any other side hustle. You could be bagging groceries and it would really be the same thing. You’re just filling in a gap in your income with temporary work that’s convenient.

These all-inclusive analyses tend to put the number of gig workers in the U.S. at around 50 million. But this includes everyone who’s done any sort of temporary work, second job, or other type of work that wasn’t a standard 9 to 5. And it may have been a one-time, one-day thing 11 months ago.

It’s not a useless number. It’s an overstatement and an upper bound. We know the real number of people who are making a living in the gig economy is far lower. But we also know there are a lot of people (50 million!) who are at least willing to step out a little bit and try something over and above traditional employment to try to better their financial situation. That’s huge.

A more realistic estimate of actual people making a living — or trying to — as gig workers is 20 to 25 million people. Several solid estimates come in at slightly under 20 million. But we should be as cautious of being overly strict in our definitions as we are of being overly inclusive.

The problem is exacerbated by companies treating employees as gig workers. Which they shouldn’t do for a whole host of reasons. But a 1099 alone doesn’t make someone a gig worker. If you go to the company every day and work in their office and they tell you what to do you’re not a gig worker.

So What Is the Gig Economy, Really? It’s Complicated

It’s a complex situation with loose definitions and changing dynamics. The overall economy influences employment, which both helps and hurts the gig economy. It makes it harder for companies to compete for talent, and hence they are more open to gigs. And it takes away gigs where companies can afford to hire a full-time worker for what they used to contract out.

But for many people, the economics are secondary. They’ve chosen freedom and control. They want to decide what to work on and when to work on it. They know the value of their work and aren’t afraid to charge for it. They’re your gig economy. 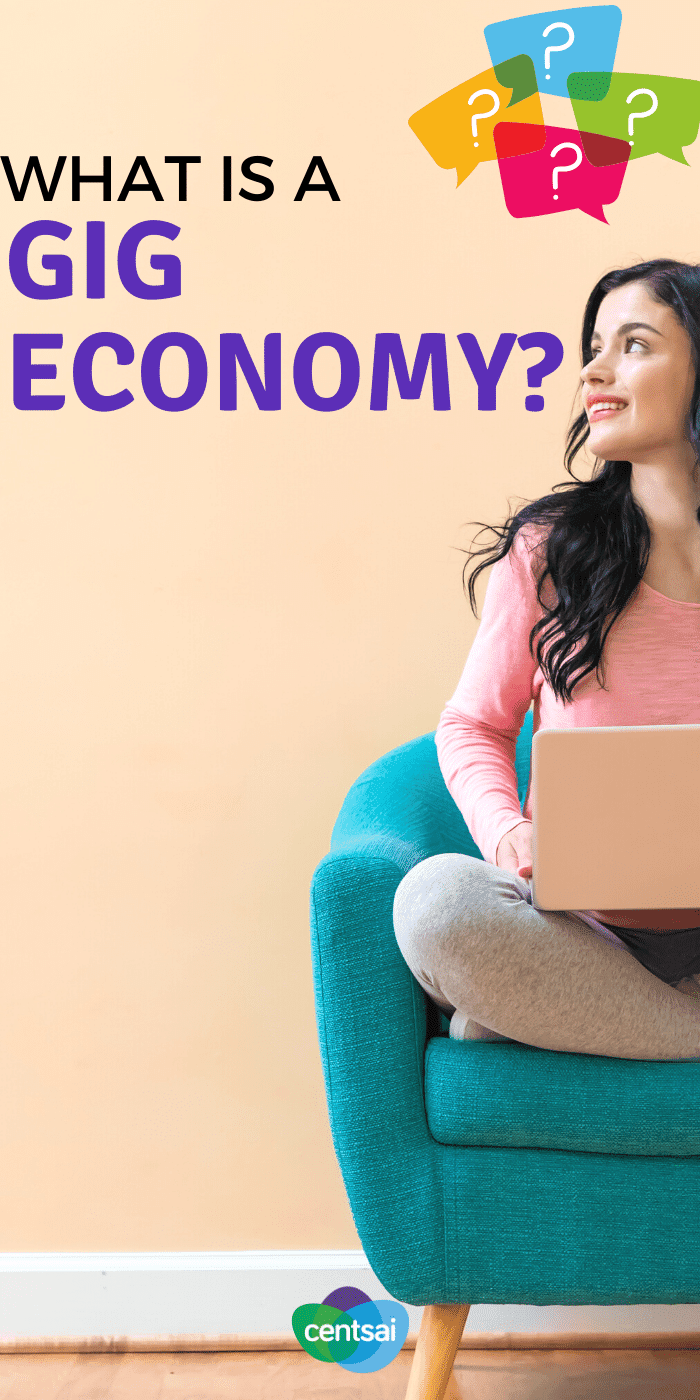 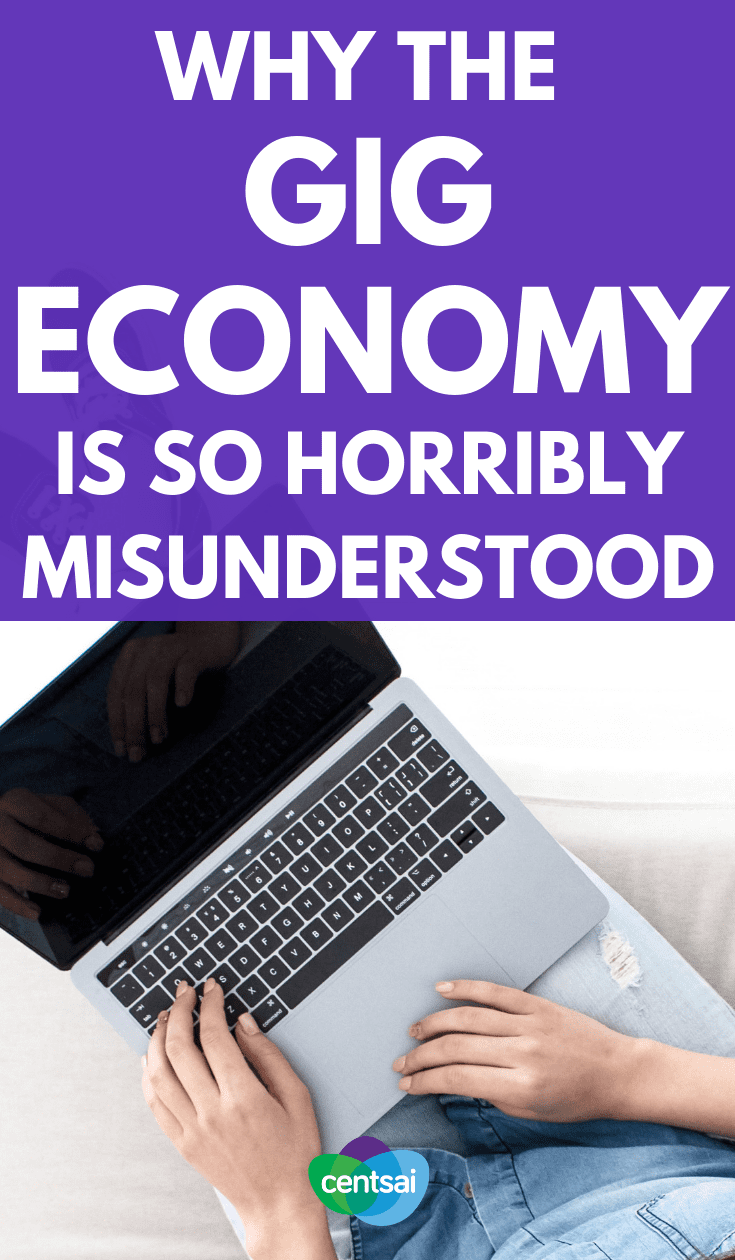