Peter Neeves Ph.D
5 minutes read
711 views
CentSai relies on reader support. When you buy from one of our valued partners, CentSai may earn an affiliate commission. Advertising Disclosure 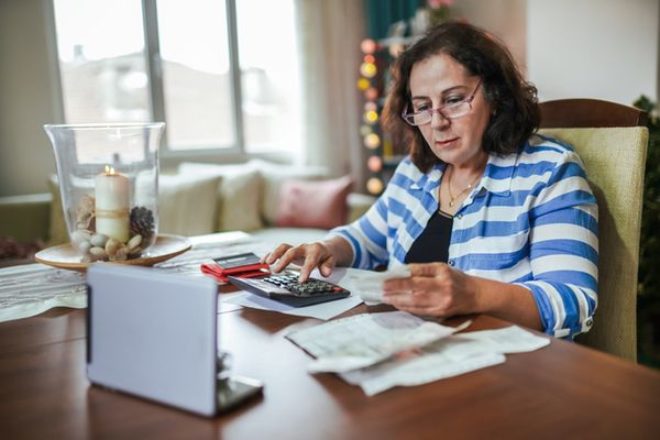 Student loan debt is a problem. Collectively, 43 million Americans owe more than $1.6 trillion on federal student loans. That works out to an average of over $37,000 per borrower. The average is skewed to a degree, but the median debt is somewhat lower. Approximately one-third of the debt is held by about 7 percent of borrowers who owe more than $100,000 each.

The federal government, on August 24, 2022, announced forgiveness of student loans of up to $20,000. The Department of Education intends to cancel this amount for all Pell Grant recipients and up to $10,000 for non-Pell Grant recipients. This relief will focus on borrowers whose individual income is less than $125,000 ($250,000 for married couples). No high-income individual or high-income household – in the top 5% of incomes – will benefit from this action. To ensure a smooth transition to repayment and prevent unnecessary defaults, the pause on student loan repayments will be extended one final time through December 31, 2022. Borrowers should expect to resume payment in January 2023.

The Context of Student Debt

About half of college students graduate debt-free. The other half amass, on average, about $30,000 in debt a piece. When you hear that the average college student walks across the stage with $30,000 in debt, there’s some context missing. That’s only for those with debt. On average, considering half have no debt, they walk across the stage with about half that much debt. That’s a big difference.

The debt for graduates with Bachelors/4-year degrees from public schools is surprisingly similar to the debt accumulated by their nonprofit private school peers at $30,030 and $33,900 respectively, according to educationdata.org. It’s not the high cost of private schools; the debt burden is not dissimilar.

This has not always been the case. The cost of public education has risen faster than the cost of private education, and the debt numbers are not dramatically different. You may not be saving money by sending your child to a state school — at least not anymore and not in all states. The sticker price may be a lot lower, but the cost may be nearly the same.

The debt is also skewed toward those who are first-generation college students. Women and POC are more burdened than their white male counterparts.

Graduation rates are down, and the time it takes to complete a degree is rising.

A higher percentage of high schoolers pursue college than did in the past, but they’re not all finishing and not all finishing on time. Often, those who don’t complete college leave with some debt. They garner no benefit from their incomplete education but still have the debt to show for it.

The Fallacy of Forgiveness

But federal student loans have been under forgiveness for about two years.

They have accrued no interest and borrowers don’t have to make payments. If borrowers are struggling to not make payments on loans at zero interest, then how would forgiving the loans they are not paying boost the economy? It’s nonsensical at best. Besides, you don’t want to further fuel inflation, which is what stimulating the economy would do at this point.

Economist Milton Friedman said that “all debts are paid.” They are paid by one side or the other. In the case of student loans, the two sides are the former students who are the borrowers, and the government, as representative for the taxpayers, who funded the government that made these loans.

This is no different than any other debt. The money is loaned. Either the borrower pays it back or the lender is out the money. Either way the debt is paid by someone. There’s still no free lunch.

Then what? What happens after forgiveness?

Pulling off the Bandage

Once forgiveness happens and a fair number of voters get word of a windfall right before an important election, what happens next? What happens with the problem (which seems to be rooted in the cost of college and how it is paid for)? Is there anything different for those who come next?

No, there’s not — though they will have seen forgiveness for people with their exact same circumstances.

Pulling off the bandage can hurt. If forgiveness happens and the debt is shifted to the taxpayers, expect more to follow — in the name of fairness. After all, it wouldn’t be fair to not forgive later borrowers after you forgave some. It’s a slippery slope.

Get Your Rates in Minutes

What Should Be Done?

You can make a good case that student debt is a problem. It is actually a problem that is a symptom of another problem. That “other” problem is the cost of education. If you try to cure the symptom of debt, you will never cure the problem of cost. Dealing with the primary cause of student debt is a bigger problem that would require some real work to come up with solutions. Government, in my opinion, has no interest in this. It doesn’t matter for the next voting cycle, whatever that may be. The problem of debt — where debtors can be portrayed as victims — is something that sells in an election cycle. Long-term solutions don’t coincide with election cycles, so few politicians will invest any effort there.

Congress created the federal student loan system and made a large amount of money available, and schools raised their prices. Congress sets the rates on student loans. Somehow, the government thinks it can now portray itself as heroic by transferring student debt from the borrowers to other taxpayers. We should demand real solutions. This bandage is not the cure.