Retirement Accounts During Coronavirus: Should You Be Worried?
CentSai Sensei

Should You Worry About Your Retirement?

Peter Neeves Ph.D
8 minutes read
3490 views
CentSai relies on reader support. When you buy from one of our valued partners, CentSai may earn an affiliate commission. Advertising Disclosure 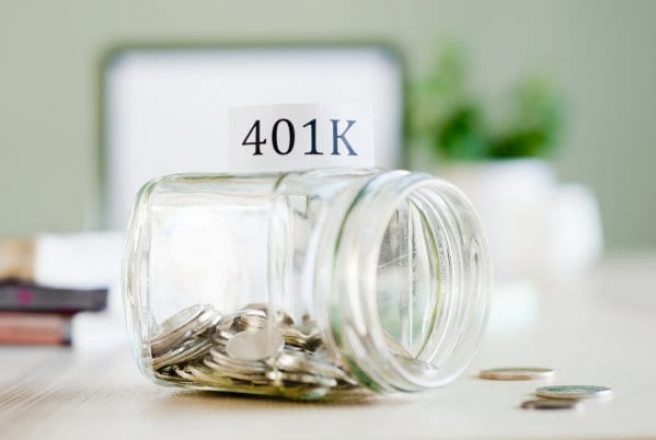 6 second take: Understanding COVID-19’s effect on on the market can help alleviate worries about your retirement plans. Here's what you should know. 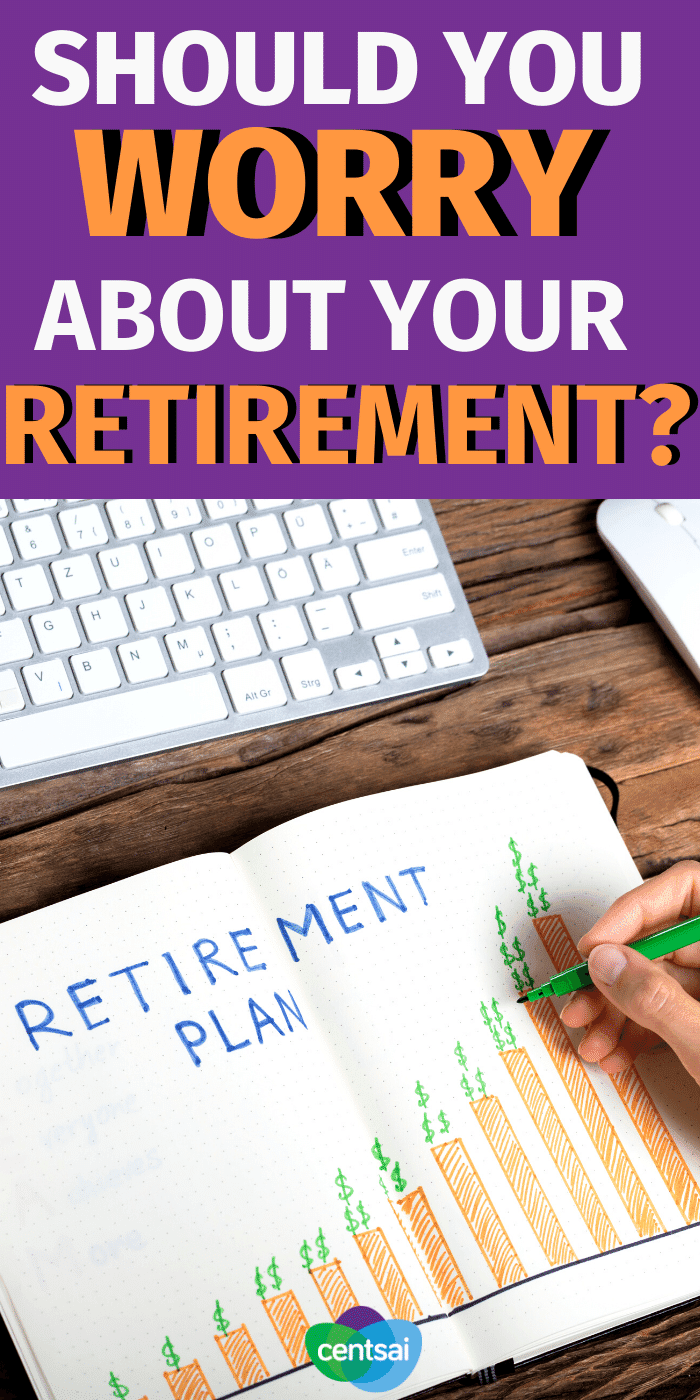 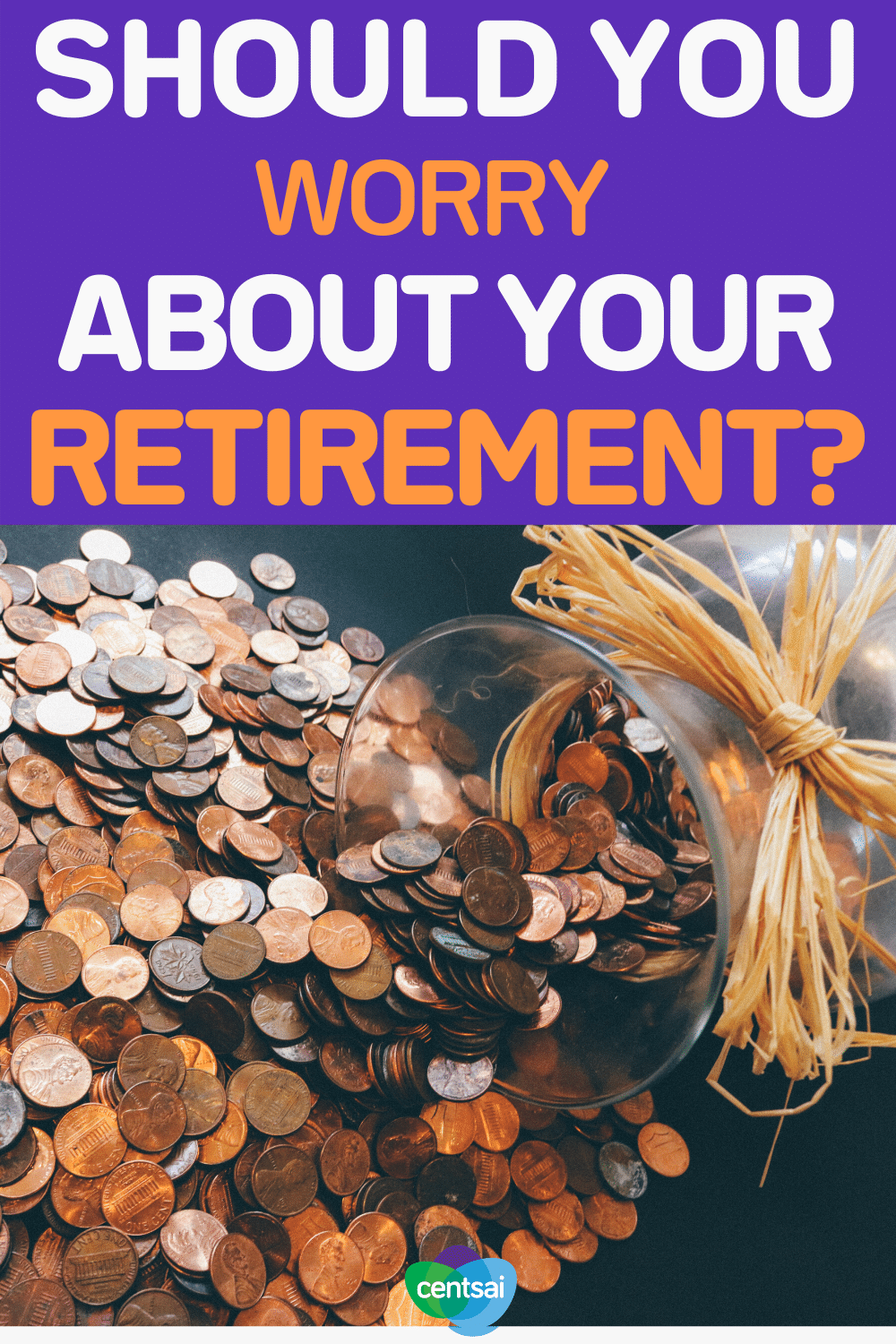 The COVID-19 pandemic has given us plenty to worry about. For many people the health concerns are front and center, but some are also struggling financially.

The numbers of people filing initial unemployment claims is hard to fathom. And they’re not the only ones experiencing financial hardship. Others have seen a reduction in hours or other changes that have reduced their incomes. The markets haven’t exactly been a beacon of hope either.

Wild market gyrations cause fear. The media fuel the fear; it’s ratings magic. Many people are tempted to cut their losses. But that could be the worst thing to do. Sometimes when things seem dark the best strategy is to step back and look at the big picture before making any rash decisions. We should first look at the terminology associated with market adjustments.

A market correction is when the market declines 10 percent or more from its high. Seems like a peculiar term to use, doesn’t it?

Sometimes the market gets a little ahead of itself — we would like to think markets are driven by rational investors making informed decisions.

If the buy-ins are not based on fundamentals, the aggregate prices, aka the market, can get a little ahead of itself. When people step back and take a rational look, the market will come back to a realistic level. Sometimes this drop is 10 percent or more, making it officially a correction. There can be many catalysts for a correction, but over-exuberance is the typical lead-in.

A crash is not clearly defined like a correction. A crash is identified by suddenness in decline. When the market declines significantly in a short period, a day to a couple of days max, the decline may be referred to as a crash. It’s subjective, there’s no common definition for how much of a decline and in what time frame the term crash is appropriate. You’ll see a decline referred to as a crash in some media and merely as a drop in others. It’s perspective.

Corrections are normal. During the last 75 years, they have occurred at an average of about once every two years. There has been a slight increase in the last 20 years, possibly due to increased programmed trading. This is for a broad base of stocks.

Corrections can also occur in sectors, industries, or any other divisional way to look at stocks. They’re normal.

A bear market is a decline of over 20 percent in a market. There are variations in how this is measured, but the results aren’t dramatically different.

Much like its smaller cousin the correction, a bear market can be broadly across the stock market, or it can be in a sector or industry or some other demarcation.

This one is nice and simple. If the economy shrinks for two consecutive quarters then we are in a recession. This is an economic indication of an economy’s poor health. Healthy economies grow. There can be glitches or some short-term factors where you can have a minor contraction in a quarter and it’s no big deal. Two consecutive quarters of contraction shouldn’t occur in a healthy economy and that’s why it has a label; it’s a recession.

The length of time it typically takes for the market to recover from one of these economic downturns depends on a variety of factors. A big one is the severity of the drop, larger declines in the market tend to take longer to recover from. Recent recoveries appear to have occurred slightly faster than they did in the past.

There’s no hard and fast rule. Perception comes back into play. This is part of why consumer confidence is such a big thing. The markets are driven by the activity of people and when people think things are bad they are less likely to invest.

Should I Worry About My Retirement Accounts?

How you view a correction, or any down period, would naturally depend on how soon you think you’ll need the money.

People who are many years from retirement may not be concerned at all; those close to retirement are likely to be a bit concerned.

There’s a problem here. There shouldn’t be a reason to be concerned.

For people with a lot of time between the market decline and retirement, this is not a problem; it’s an opportunity. Ultimately, when you go to spend your investments, two things will matter: the number of shares you own and the value of each share, its share price.

When markets are down and you’re buying into the market, you’re getting more shares for your dollars. Effectively, the market is on sale. If you’re investing into a 401(k), 403(b), or some other retirement account, the portion you are putting into equities will buy more shares than if this downturn didn’t occur. Down markets are an opportunity when the goal is far away.

Selling Out of a Down Market

Many people are tempted to sell out of a down market. They’re afraid. They would be less afraid if they understood.

We have come out of every down period we’ve ever gone through — there’s no reason to think we won’t come out of this one.

Let’s look at an analogy. Let’s say it was house prices declining. You own a home and you are uncomfortable with the decline in prices.

Part of the government’s COVID-19 relief package is a waiver of penalty on some retirement plan distributions. Hopefully very few people take advantage of this.

Some may have to in order to put food on the table or take care of basic necessities. That’s unfortunate. But don’t bail out of the market for no reason. Getting out because of a downturn is like being on a flight, hearing a strange noise, and getting out of the airplane mid-flight. It’s not gonna help your situation. Sometimes the cure is worse than the problem.

If you’re close to retirement, the first thing to do is not panic. The issue in retirement is one of tiered funding. You need safe money to spend, then relatively safe money for a few years expenses.

But most people should be in the market for the bulk of their retirement savings. This may seem contrary to some advice you hear.

Most people do not have enough saved for retirement. A common approach is to take no risk with what you have. This guarantees you a problem; you won’t have enough.

Taking moderate and appropriate risk with long-term retirement funds is the prudent approach. Not the money you need in two years, but absolutely the money you need 10 or more years out. That money needs to grow, to be worth more when the time comes that you need it. The only investments that historically have outpaced inflation over long periods of time are those investments that have a degree of risk.

The best choice for most people at or near retirement is not a no-risk approach. For most people, that locks in future financial hardship. It’s an easy sell for an advisor; people don’t want to deal with the fear. But that doesn’t make it the right thing.

The best steps for you to take are to make as few changes as possible. If you have a problem because of the market, you actually had the problem beforehand and you’re just now seeing it.

Truly. If you were selling equities for living expenses in retirement, your problem was in place before the market corrected. If you’re there, you need to move toward a place where you have short-term, mid-term, and long-term funds separated.

There have been many, many market corrections, crashes, adjustments, and downturns in our history. And the recovery rate is still 100 percent. Every single time. The only thing we can really question is not if we will recover, it’s when. And that’s nothing to panic about.