Peter Neeves Ph.D
4 minutes read
1123 views
CentSai relies on reader support. When you buy from one of our valued partners, CentSai may earn an affiliate commission. Advertising Disclosure 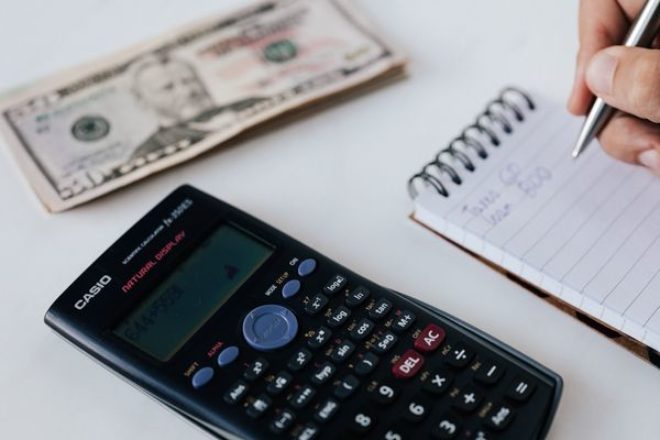 6 second take: Excess inflation brings uncertainty that sidelines consumers and investors. Both can benefit from keeping a long-term perspective — and knowing that eventually, this will pass.

Inflation has become a hot topic; that happens when things hit people in the wallet. A year ago, when it began to look like we were headed for a problem, people were largely uninterested. Not so anymore. Inflation has come barging into our lives in a way that many consumers have never seen before. Excess inflation has mostly negative consequences. The little we can call good is minor relative to the damage inflation causes to our finances.

Inflation didn’t just appear on the scene; excess inflation did. An inflation rate in the low single digits is normal for a healthy economy.

The Federal Reserve has been targeting a core inflation rate of 2 percent, and they’ve been doing a great job.

We’ve had low but positive inflation for a long time. Until now.

A low positive level of inflation also establishes an expectation of gradually increasing prices. These price increases help businesses plan to provide small wage increases to their employees and also help them plan for at least moderate growth year to year.

When inflation exceeds steady low single digits, consumers begin to behave differently. Excess inflation introduces a level of uncertainty that wasn’t there before.

Excess inflation is not predictable. It is not only more volatile but also has no definite endpoint — we can’t know how long it will last.

Many people develop a “wait and see” attitude toward investing, decreasing demand for investment assets.

On the other hand, some people will purchase other high-dollar assets, such as real estate, expecting prices to increase. These further fuels demand, driving inflation higher or continuing it for longer.

When inflation runs at a rate higher than wage increases, people go backward financially. If wages kept pace with inflation, people’s spending power would remain constant. When prices go up but incomes stay level, consumers can purchase less with each paycheck.

This is a major problem for the working class. Not many working people have seen wage increases that will absorb a 75 percent increase in the cost of gas over the last 18 months. And price increases are not limited to gas. Food and other items are also spiking.

The current inflation problem is riding the back of a phenomenon of stealth inflation. For several years, manufacturers have been holding prices constant while decreasing sizes. The standard half-gallon of ice cream from a few years ago is now a quart and a half.

That’s a 25 percent reduction in size, without, generally, any decrease in price. This trend has been prevalent in the food industry and has been spilling into other areas.

Consumers still have to pay more to get the same quantity, but they may not realize they’re getting less for the same price. There’s an added negative of being environmentally harmful, as smaller package sizes cause more waste in the long run. It’s inefficient as well as inflationary.

The sole benefit of excess inflation is that it allows you to pay back the money you have already borrowed with cheaper dollars. I have seen this touted as a major benefit, but it’s really just a small consolation in a predominantly negative situation.

Large capital debts are a small portion of our budgets, coming primarily from mortgages and auto loans. And not everyone will benefit from paying these back with cheaper dollars; the advantage goes only to those who purchased before prices went up.

Yes, being able to pay back debt with cheaper dollars is good. It does not offset paying more for everything else. For consumers, the net effect of excess inflation is overwhelmingly negative. A minor positive doesn’t erase the gross hardship of higher prices.

We create wealth by growing our assets at a rate greater than the rate of inflation. That’s the only way our dollars grow in purchasing power. Higher than normal inflation erodes our ability to create wealth.

Excess inflation brings uncertainty that sidelines both consumers and investors. Both can benefit from keeping a long-term perspective.