Peter Neeves Ph.D
7 minutes read
3170 views
CentSai relies on reader support. When you buy from one of our valued partners, CentSai may earn an affiliate commission. Advertising Disclosure 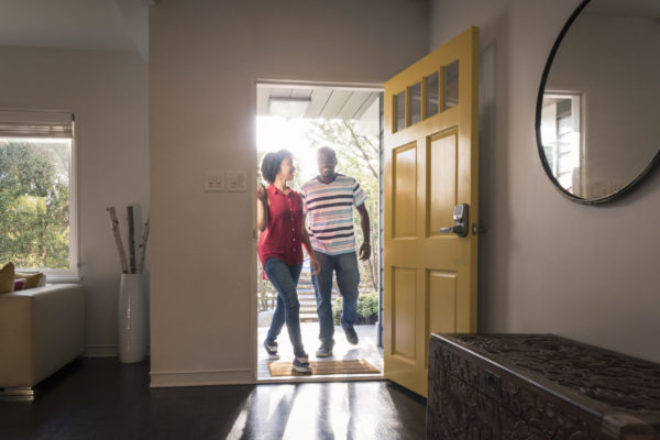 6 second take: There’s a lot that goes into understanding homeowner’s insurance. Here is some information that can help you discover which policy is right for you.

Homeowner’s may be the one insurance nearly all people will agree they should have. There are lots of disagreements about the merits of other kinds of coverage, and a plethora of opinions as to the companies that offer the coverage. But though most people must carry insurance on their homes for mortgage requirements, few would ever consider not insuring their home.

This is in part due to the complexity of homeowner’s insurance.

Not all policies are the same. But there are standardized forms and some common riders or endorsements — understanding these can help you navigate the seemingly complex world of homeowner’s insurance.

Before we delve into the various forms of coverage we should go over some basics.

Homeowner’s insurance covers damage to your physical home and possibly to other structures on your property, damage to the contents of your home, and liability for incidents that occur on your property. Each of these requires a little explanation.

Damage to your physical home is generally of the “sudden and unexpected” type.

This means that damage due to neglect or misuse is generally not covered. Normally things like fire and storm damage are what we are worried about, and we will see how each policy form handles those perils. Structures other than the property’s main residence are usually covered for a percentage of the value of the home, such as up to 10 percent of the value.

What is generally not covered under a standard form of homeowner’s insurance is damage from floods or earthquakes. These require additional endorsements or riders.

Liability coverage protects you from costs associated with someone being injured on your property. This typically includes damage caused by you or your pets. It may include coverage for damage you or your pets cause off-premises as well.

Policies cover perils in two different ways. Some policies name the specific perils covered, such as fire and ice damage. This limits the damages covered to those sources of damage specifically named.

Other policies cover perils on an open basis.

Instead of naming specific perils covered, these policies exclude certain perils, such as earthquakes. This is a broader form of coverage, these policies cover perils that a named-perils policy does not. In shopping for a policy, open perils is more desirable coverage, but will come with a higher cost.

Homeowner’s insurance is standardized into eight forms, known as HO-1 through HO-8. Depending on your property and your needs, you can narrow your list to the one or two that may be appropriate for your situation.

An HO-1 homeowner’s policy, also known as basic form, covers damages due to 10 named perils. These policies are no longer offered by many companies due to their limited popularity. Most people, and most mortgage companies, find them insufficient.

An HO-2 policy, also known as broad form, provides homeowner's insurance coverage for more perils than are covered under an HO-1. Perils are still covered on a named-perils basis and these policies are available but not widely used.

An HO-3 policy, also known as special form coverage, provides dwelling coverage on an open-perils basis. Contents are still covered on a named-perils basis, but the dwelling and other structures on the property get the benefit of the far broader open-perils coverage. The majority of homeowner’s policies for owner occupied single home coverage are HO-3 policies.

HO-4 policies are specifically for renters. These policies provide coverage for contents and for liability but not for the dwelling. Contents coverage is for 16 named perils, in line with the contents coverage provided under HO-3.

HO-5 policies provide open-perils coverage on both the dwelling and the contents. Most HO-5 policies also cover on a replacement-cost basis, which may provide greater reimbursement than the actual value of the damaged items. HO-5 policies are the second most common type of coverage for owner-occupied single unit homes.

Due to their superior coverage, these policies are more expensive than their HO-3 alternatives.

These policies tend to be most suitable for expensive homes with high value contents.

This is condominium coverage, commonly referred to as “walls-in” coverage. Coverage is provided for the interior of the unit, particularly any improvements you may have made. Coverage is also provided for liability and contents. The actual dwelling is typically covered under a separate policy that covers the entire structure, not just a unit within the structure.

Mobile homes are generally not qualified for forms HO-3 or HO-5. Form HO-7 provides coverage for mobile homes and is a modified form of either HO-2 or HO-3.

The HO-8 is a homeowner's insurance for older homes that don’t qualify for another form due to the different standards that applied when they were built. This form may be used when an owner chooses not to upgrade electrical or other systems to qualify for an HO-3 policy. This form doesn’t get much use, but would be common for historic or landmark homes. Coverage is similar to the limited coverage provided under HO-1.

There are many riders and endorsements available for homeowner’s policies. This is not by any means an exhaustive discussion, but rather an overview of some of the most common to acquaint you with what is available.

Flood and earthquake coverages are exclusions for all forms of homeowner’s coverage. If you live in a flood plain, this coverage may be required by your lender. Either of these coverages is available at an additional cost.

Replacement-cost coverage or a replacement-cost rider enhances coverage to the generally higher cost of replacing lost or damaged items. Standard coverage under the most common HO-3 form is limited to actual cash value, not replacement cost. This can be a great option if you have some contents for which you want greater coverage without the full cost of HO-5 coverage.

Water/backup-of-sewer coverage provides coverage for damage caused by water backup from sewer systems. This is a relatively common occurrence that is not covered under standard form homeowner’s.

Get 40% off your first booking

For example, if you have a home with $200,000 worth of dwelling coverage and a $50,000 barn, you would need more than the typical 10 percent additional structures coverage to protect the value of your barn. You would need this rider.

Enhanced contents coverage increases the value of the contents beyond what is covered under your primary policy. This is important if you have valuable possessions such as expensive jewelry or artwork. These riders also typically provide off-premises coverage.

For the majority of people, it comes down to either HO-3 or HO-5 coverage.

Most people opt for HO-3 coverage; they feel they don’t need the greater coverage provided by HO-5 — or its higher price tag. This is a reasonable approach; most people don’t need the additional coverage and can address any specific needs with a rider.

Standard forms provide baseline guidance for coverage. There is a lot of consistency with this standardization, but there are still some variances in details so it is still a good idea to do a side-by-side comparison with a few different quotes once you have determined what coverage is most appropriate for your own unique situation.