Peter Neeves Ph.D
5 minutes read
3110 views
CentSai relies on reader support. When you buy from one of our valued partners, CentSai may earn an affiliate commission. Advertising Disclosure 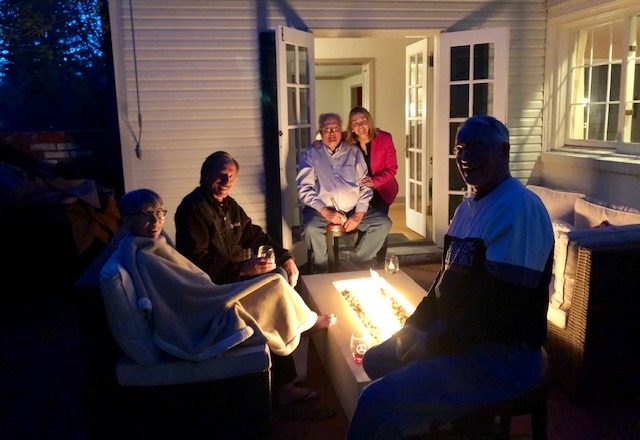 The population of the United States, and most of the world, is getting older. The U.S. Census Bureau recently reported some fascinating projections of what our population will look like in the future. While the majority of people are well aware of the aging population in the U.S., it’s still somewhat shocking to see some of these projections. The ramifications of an aging population could be extremely significant.

The Census Bureau finds that by 2030, all baby boomers will be over age 65. This will result in one in five people in the United States being age 65 or older. The increasing population of older adults will have some obvious effects since older adults consume specific services — such as health care — at a greater rate than younger people do.

The Census Bureau estimates that in 2020, the ratio of working-age people to those who are retirement-age will be 3.5 to 1.

Implications of the Aging Population in the U.S.

The increase in the number of retirement-aged people to working-aged people will have significant implications.

Many retirement-aged people will be drawing Social Security and using Medicare as their primary source of health care. The chief source of funding for these programs is payroll taxes.

Baby boomers and others who expected to receive a just benefit in their later years may find that the benefit levels of the past are no longer sustainable.

Something will have to give.

Social programs will most likely be similarly affected. Approximately one in five Americans receives some form of means-based aid. It's impossible for a system of social programs to indefinitely grow at a greater rate than the tax base that supports it.

The doom-and-gloom scenarios of few workers struggling to support an army of the aged is unlikely to come to pass — at least not in the form described in the media. There are several mitigating factors that we tend to overlook when talking about the aging population in the U.S.

However, there are several things that the old-age dependency ratio doesn’t take into account.

For instance, not all people of working age actually work. Some are disabled, some are students, and some are stay-at-home parents. And some in each of those categories work part-time, are self-employed, or otherwise contribute to the tax base, while others do not.

The ratio is not one of working people to dependent people. As such, it may not be a good proxy. The change in the ratio indicates an increase in strain on a burdened system, but not necessarily in direct proportion.

Likewise, not everyone over the age of 64 has stopped working. Indeed, many people are choosing to work longer.

The effective retirement age has moved up. Even many of those who are no longer employed remain significant contributors to the tax system.

Sixty-five is no longer a magic number. That is to say, being of retirement age and being dependent on the system are not at all synonymous.

Financial literacy is a factor that will affect how individuals fare in an increasingly burdened system. Relatively fewer working-age people will have to support a behemoth social system.

As workers shoulder an increasing tax burden, their use of remaining resources for their personal well-being becomes increasingly critical. The long-term ramifications of their financial decisions will become the primary determinant of their future financial well-being. Financial literacy has the power to further define the quality of life these individuals will have.

Likewise, pressure on the Social Security system has already resulted in a reduction in benefits. This is truly what the increases in the “full retirement age” mean: Should you retire at a normal age, you will get a reduced benefit.

You must work longer for the same retirement benefits. This is nothing other than a reduction.

People are living longer and longer. The burden of funding retirement has increasingly shifted to individuals. Those in or near retirement are more responsible for their future financial well-being than those in prior generations were.

Financial literacy has been a factor in determining what resources retirees have available, as well as how effectively they use these resources. Sound financial decision-making will continue to gain in importance as governmental and corporate retirement programs continue to decrease their funding of retirees’ needs.

The future is uncertain. The trends, however, are real. The extent to which current trends continue is largely dependent on social policy. Policies that lift people out of the cycle of poverty and into the workforce have the compound effect of increasing the tax base while decreasing the strain that it is under. Policies that favor increased immigration can also help shore up the tax base.

It is naive to count on our dysfunctional government to make reasonable and realistic policy changes that will significantly alter the course of the present trends. But there is hope. The best of that hope lies in taking control of your financial future by becoming more financially literate and making decisions that will allow you to live the lifestyle you choose — no matter what the government fails to do.

The Importance of Maintaining a Long-Term Perspective on Financial Markets