The Economic Drain of Debt in America | CentSai

Peter Neeves Ph.D
8 minutes read
4794 views
CentSai relies on reader support. When you buy from one of our valued partners, CentSai may earn an affiliate commission. Advertising Disclosure 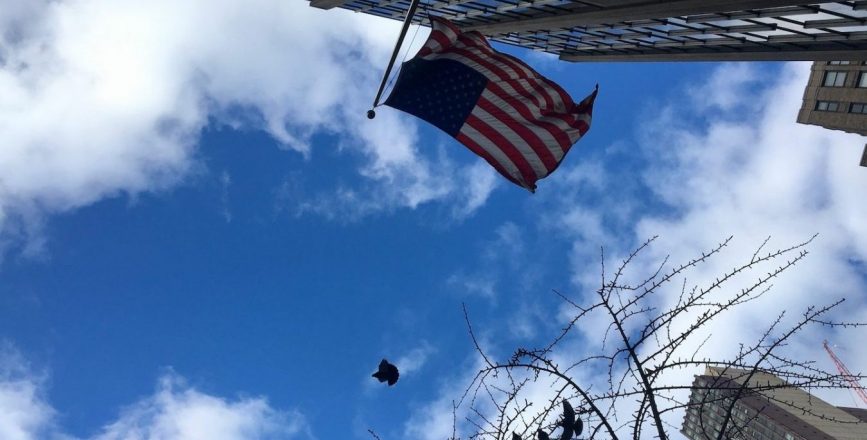 6 second take: The levels of debt in America are sky high. What does that mean for our economy?

The news is full of debt horror stories. Student loan debt and credit card debt have recently passed dubious milestones. This doesn’t bode well for consumer finances. The total outstanding student loan debt stands at slightly over $1.5 trillion, according to the Federal Reserve.

Gaining Perspective on Debt in America

Big numbers alone are hard to get a feel for. It helps to have some perspective. Two other big numbers can help with this. The total amount of outstanding car loans in the U.S. is about $1.3 trillion. Pretty much right between the credit card debt totals and the student loan totals. The total outstanding on residential mortgages in the U.S. is a little over $9 trillion.

Not everyone has each of these debts. Many people don’t have any of them. The average debt per person is pretty much meaningless. Debt directly affects those who hold it, and perhaps affects the economy overall. But it doesn’t directly affect all of our citizens.

There’s also induced complexity due to how the numbers are reported. It makes a big difference whether we’re talking about debt per indebted individual or debt per indebted family. There’s a trend in the media to use per-family indebtedness. Those numbers look worse. But however you look at the numbers, you have to be very clear on what they mean. Otherwise they’re meaningless.

Not All Debt Is Created Equal

Mortgage debt is clearly related to an asset: You obtain a mortgage so that you can buy a home that you couldn’t purchase without one. Auto debt is also tied to an asset, but the asset declines in value and is typically nearly worthless by the time it’s paid for.

Student loan debt is a little trickier. It’s not tied to a physical asset. The bank can’t repossess your degree. But people take on student debt with the assumption that it’s a ticket to higher income. Students exchange some amount of future earnings for the ability to obtain a degree that will allow them to get those earnings. Theoretically, it makes sense. Practically, well, we’ll see shortly.

Credit card debt really has no redeeming value. Some of it is incurred to obtain assets that offset or negate the debt. But generally, credit card debt is a financial cancer, sapping the health of a family’s or individual’s finances without any meaningful contribution.

There is also a persistent portion. These are the credit card balances that people roll over from month to month. Both are included in the $1 trillion number.

The transactional portion of the outstanding credit card debt doesn’t present a problem. People use credit cards for a variety of reasons and then pay their balances off in full. This is a choice, perhaps for ease of use, perhaps for rewards points or other perks. Whatever the reasoning, transactional use of credit cards doesn’t drain the finances of individuals or harm the economy.

However, the persistent portion of credit card debt is a problem. Mostly.

Note that there are variations in how these numbers are reported. Depending primarily on what goes into the denominator — whether you consider all cardholders or only cardholders with balances, etc. — the numbers can be viewed as either a bit higher or a bit lower. But if you keep calculating the numbers the same way, you’ll find that the trend remains in a negative direction. Average balances, however you choose to define them, have increased significantly over the last five years.

Whether the debt load is a problem or not depends on each individual’s situation. For some people, $6,700 in credit card debt is destroying them financially. For others, it’s a minor monthly expense. It’s all relative to what you make.

Student loans are a different animal. It's a larger pile of debt, and it’s shared by a smaller pool of people.

There are lots of horror stories out there about young couples who can’t buy a house because of their student debt. But that’s not the norm. A student loan payment of a couple of hundred dollars a month might cause someone to afford less house than they want. Often, it’s more of a problem of two big car loans, an expensive lifestyle, and some additional debt on top of student loans that’s causing a problem in getting a mortgage. That’s bigger than a student loan problem.

The exchange — trading debt for the promise of a high-paying job — doesn’t always work out. Students graduating five to 10 years ago were coming out into a lackluster economy. People with experience were working part-time jobs to get by. Sure, some graduated into great jobs. But others found more difficulty than opportunity.

Not everyone is reaping that extra income from having a college degree.

And not everyone with student loan debt graduates. The defaults on student loan debt are highly skewed toward small balances. Those with a couple thousand dollars in debt, often early dropouts, have the highest likelihood of default.

Graduates often take advantage of income-based repayment plans to make their payments, at least temporarily, affordable. But those who never complete school often also have college debt, but no enhanced income to help pay it off. That said, you might be able to refinance your loans through companies specified to student loan refinancing.

For the average person, it’s not really a problem. For many, due to circumstances beyond their control, it is a problem. Debt without a degree is a problem for many. Debt without a job, whether you have a degree or not, is also a problem. And for those with huge piles of debt — sometimes a hundred thousand or several hundred thousand for an advanced degree — it’s often a problem, as well. Sometimes you just can’t get to that carrot out there on that stick. It stays out of reach.

Economic Impacts of Debt in America

There’s a definite economic drain from all this debt. The combination of credit card debt and student loan debt payments totals around $100 billion to $110 billion per quarter. Against consumer spending of $15 trillion per quarter, it doesn’t look so awful. But for those who face the bills each month, it’s very real.

Even a few hundred dollars out of an average person’s budget every month is a very real drain. For those college graduates who have increased their earnings with their degrees, it’s generally pretty manageable. But for those who incurred a great deal of debt, and for those who didn’t graduate, the picture’s pretty grim.

The trend is alarming. The rate of debt increase is astonishing. Both credit card balances and student loan balances have skyrocketed and are still skyrocketing. The current situation may be manageable. But the path we’re on will lead us out of the realm of manageable rather quickly.

As with everything in personal finance, it’s personal. Whether or not an amount of debt is manageable in your budget depends on the size of your budget and what else is in it.

There are a lot of individuals having trouble with credit card debt and student loan debt. This debt has a definite economic drain. Presently, it’s a crisis for a limited number of people. But the trajectory is not good. Without some change, the situation will get a lot worse in the not-so-distant future. The time to act is now.