The Cost of Poverty and Financial Illiteracy | CentSai
CentSai Sensei

Peter Neeves Ph.D
5 minutes read
3005 views
CentSai relies on reader support. When you buy from one of our valued partners, CentSai may earn an affiliate commission. Advertising Disclosure 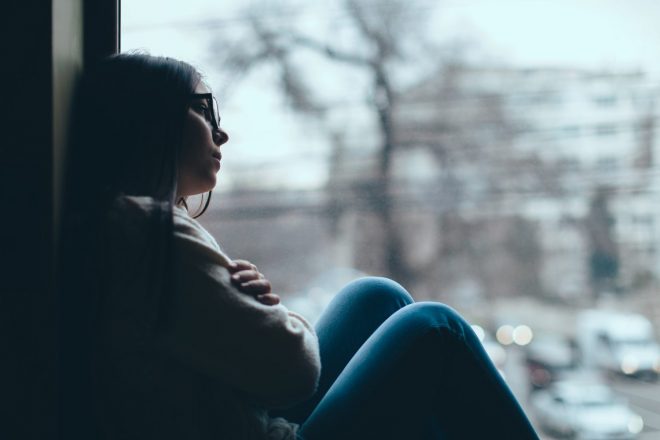 It costs a lot of money to be poor. Seriously, there are additional costs to living off of very little money. Likewise, there are costs associated with being financially illiterate. But there are differences in how the two impact your financial life.

The High Cost of Being Poor

You can be poor in several different ways. Generally, being poor involves having little money — you lack sufficient financial resources to live a traditional lifestyle. You can also be “cash poor”: Although you may have assets, they are not liquid.

So despite having a degree of wealth, you are relegated to living as a poor person. This is sometimes the case with farmers and others who may have significant business assets, but have little or no cash resources.

Being poor insidiously affects your budget. The impacts are continuous and often cumulative. In turn, this makes it very difficult to break the cycle of poverty.

Poor people tend to make frequent trips to the store for necessities. They lack the resources to stock up. It costs money and time to make each trip. When you lack resources, saving via bulk purchases is rarely possible. It can cost a poor person more to have the same groceries as someone else who can purchase more effectively and make fewer trips to the store.

They drive older cars that require a lot of expensive maintenance and get horrible gas mileage. Often, if they take out loans to buy a vehicle, it is at higher-than-average interest rates. Even auto insurance costs more with poor credit in many states. And good credit is a luxury that the poor can rarely afford.

Housing, likewise, is problematic as an expense for the poor. In the long run, it can be far more expensive to rent than to buy. Many rentals are older, poorly insulated, and otherwise inefficient from an energy standpoint. But the price of newer, more efficient housing is out of reach.

The High Cost of Financially Illiteracy

However, financial illiteracy is often a barrier to improving financially, but doesn’t lead to financial ruin.

While poor people may not be able to do things in a cost-effective manner, financially illiterate people frequently make sub-optimal financial decisions out of ignorance. These poor decisions cost money, either directly or indirectly.

Financially illiterate people often drive cars that are more costly than they can realistically afford. They pay interest on auto loans to purchase a fancy car for the sake of their image (or some equally abstract reason), rather than buying a vehicle that is realistic and appropriate for their financial situation. They do things like purchase an expensive gas-guzzler, despite having a lengthy commute and no real reason for such a vehicle.

While poor people may be unable to save by buying in bulk, it doesn’t even occur to many financially illiterate folks to do so.

Or else it seems like too much work. They may overspend on necessities, even though they could do better. Sometimes they buy far more perishables than they could possibly eat, then end up throwing most of them out when they spoil. And then do the same thing next week.

Poor money management leads financial illiterate people to pay exorbitant interest charges through payday lenders. And, if they have a bank account, they frequently incur overdraft and other fees due to poor planning on their part.

You don’t incur excessive bank fees for using a bank account properly. But you do incur those fees by spending more money than you have.

Both poor people and financially illiterate people have trouble saving money. They generally don’t take advantage of 401(k)s or other retirement savings plans. Both groups overspend on transportation, housing, and other necessities, although for different reasons.

Another common characteristic is poor tax planning. Both groups tend to be over withheld and get large tax refunds. Poor people may use them for an extravagance, feeling that they deserve to do so after struggling all year.

Financially illiterate people are going to blow it without consideration or remorse.

Some people are members of both groups — they are not only poor, but also financially illiterate. They suffer the compound negative effects of both resource constraints and poor financial decision-making. Then they repeat.

How Financial Literacy Can Help

Financial literacy is perhaps the most promising solution to both problems. Financial education resources are often readily available and generally free. But however easy or difficult it is, becoming financially literate is a choice. For those with reasonable incomes, the path to financially literacy will often show much promise after just a little effort.

Making good financial decisions frees up resources, which then allows for you to take advantage of additional opportunities. There is a clear snowball effect: Once you get on the path, it rapidly becomes a highway to financial well-being.

Escaping the grip of poverty is more problematic. Sometimes the best financial decisions are out of reach. But little things do make a difference. Small changes add up. You may need to be very frugal for an extended period of time.

You may need to make hard choices, change jobs, or change neighborhoods. But there is no financial situation that can’t be at least slightly improved through financial literacy. Where there is hope and willingness, there is opportunity.

Financial literacy will not put every person on easy street. But it can absolutely make things better. First you need a clear understanding of your current situation, including your challenges and opportunities.

Then you can make appropriate decisions to maximize your long-term financial well-being under those circumstances. Sometimes you have to learn to walk before you learn to run.