Peter Neeves Ph.D
8 minutes read
4080 views
CentSai relies on reader support. When you buy from one of our valued partners, CentSai may earn an affiliate commission. Advertising Disclosure 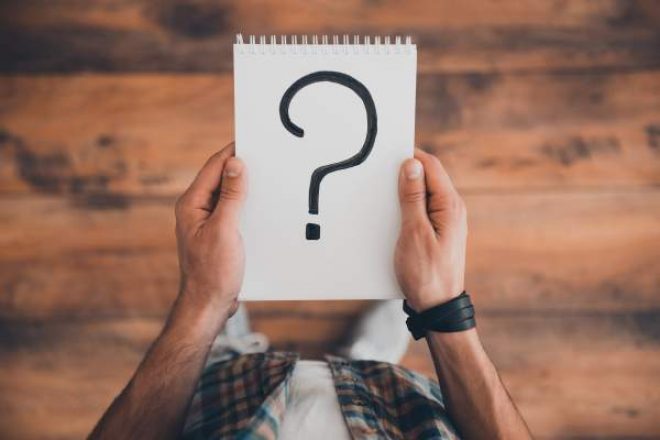 6 second take: There's no shortage of financial false notions out there. We break down a few common financial mistakes to clarify a couple of semi-truths. 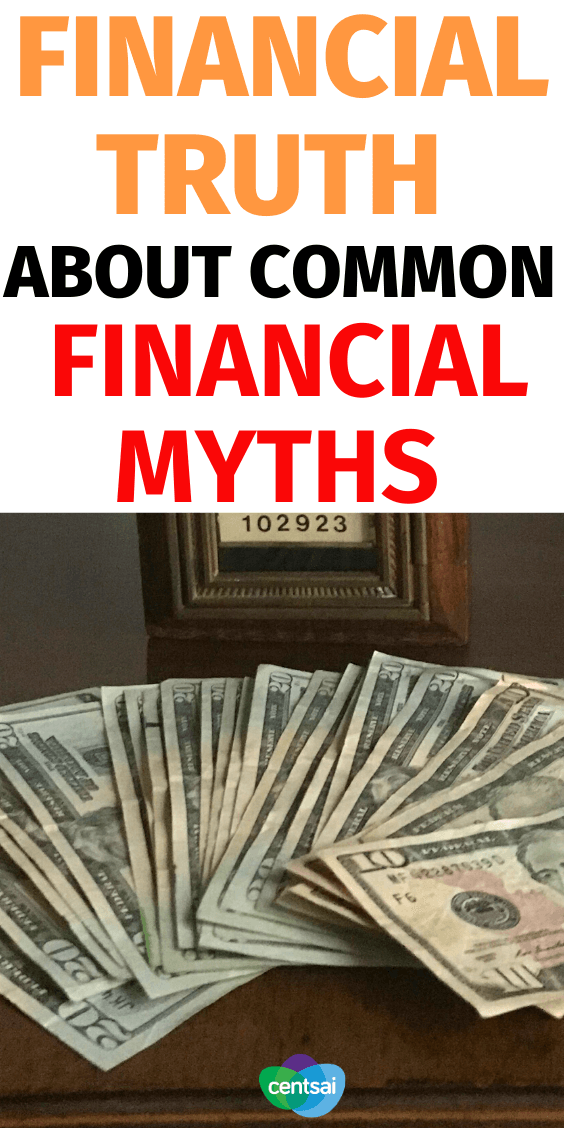 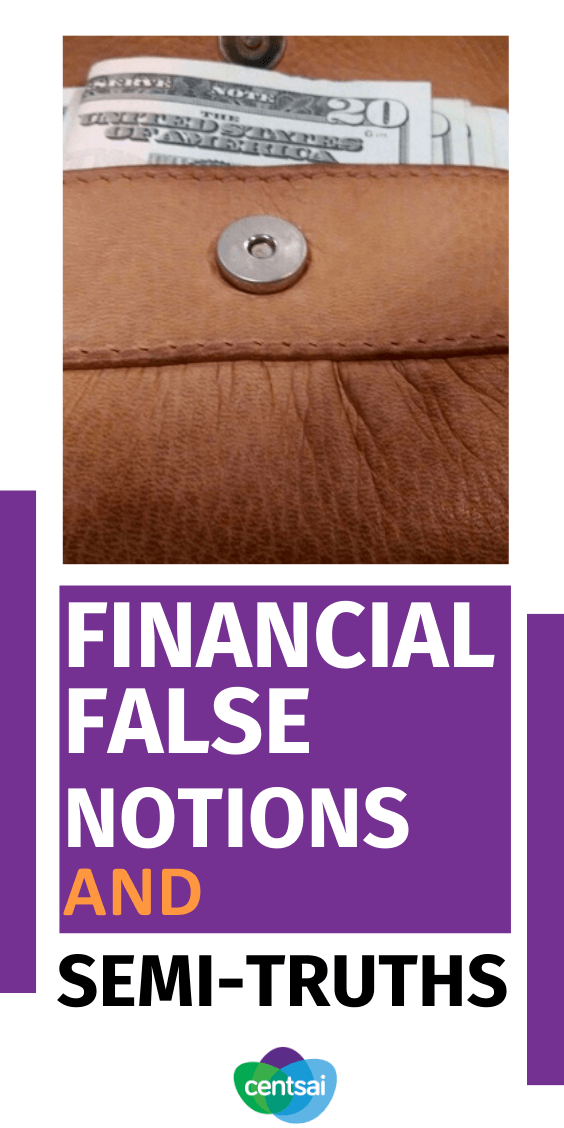 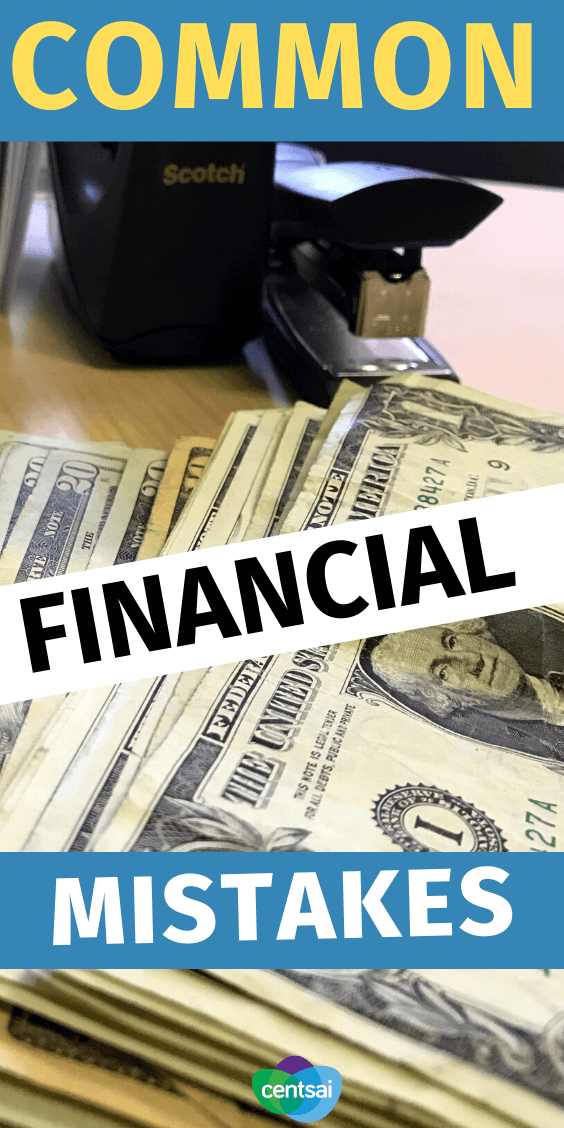 Debt is bad. At least that seems to be a universal truth — according to the internet.

Debt, however, is but a tool. Tools are incapable of harm without abuse by a human. Tools help us accomplish things we either couldn’t do or would have more difficulty doing without them. That’s why they’re tools. Tools are good. Debt’s a tool.

That debt is bad is a prevalent false financial notion, one that leads to common financial mistakes. Excess debt is bad. So is excess eating, yet we don’t knock eating as a viable option.

Some people have managed life’s financial challenges without using any debt. They see others mired in interest payments and preach the no-debt gospel. But let’s not forget that debt is a tool. The tool of debt allows many to purchase homes they wouldn’t otherwise be able to purchase; obtain education that allows them to progress in their chosen fields; or accomplish a myriad of other achievements that would either be more difficult or impossible without debt.

The no-debt mantra is a crazy aunt who has only ever traveled by unicycle and preaches the merits of traveling exclusively by unicycle as the sole and exclusive proper way to navigate in life. It worked for her, but it’s not for everyone.

You Don’t Need an Emergency Fund If You Have Credit

Many people handle minor emergencies with credit. Of course, if it’s minor, it’s not technically an emergency. A $300 car repair that you put on a credit card and pay when the bill comes in isn’t exactly an emergency. It might qualify if you couldn’t pay the bill when it came in. But if you have the ability to pay that bill when it arrives, it’s more likely an inconvenience than an emergency.

An emergency fund should be structured to handle life’s larger financial challenges, such as the loss of a job, or a major uninsured expense.

If you were to be out of work for some time, and without full replacement income, you might be in an emergency situation.

Imagine funding your expenses for six months on credit. You fund month one, everything seems fine. But in month two you have a large credit card bill in addition to month two’s expenses. Things are going downhill. And it snowballs from there. Your credit card bills get larger and your available credit shrinks. You’re heading for the financial abyss.

That’s why you should have three to six months of living expenses in an emergency fund. Not to pay for a flat tire. You might use it for that. That’s fine. But that’s not the real reason you need it. Credit isn’t a valid solution for a major emergency. It may be a tool you use, but it’s not a replacement for the real thing. You need an emergency fund.

You Must Be Frugal to Be Financially Successful

You might picture many things as intrinsic to financial success. Many people picture travel, luxury, the finer trappings. Picturing someone getting by on as little as possible isn’t a universal vision of success.

Some people do achieve financial success through frugality. That’s their unicycle. You don’t have to ride it.

You Need Extra Money to Save or Invest

If you needed to have extra money in order to save or invest, no one would ever do it. For most of us, expenses expand to fit our incomes. Extra money doesn’t appear any more than extra time does. Perhaps it occasionally shows up but then it’s gone before you know it. It’s as elusive as a unicorn.

Ironically, saving money makes it easier to save money.

Savings should begin with an emergency fund. Building an emergency fund helps smooth out the bumps in your financial travels. You gain the ability to manage unexpected expenses without resorting to debt. In the past, you might have used debt and then had a new bill to contend with. No more.

Having savings reduces the impact of unpredictability. Having savings makes it easier to live within your budget. And as you get better at maintaining a budget it becomes easier to move beyond savings into long-term investing.

The time is never right, but the right time is always now.

You Should Purchase a Home ASAP

Sometimes true, but not always. It’s a semi-truth.

That you should purchase a home as soon as you could afford one was conventional wisdom for a long time. The equity people built into homes was — and still is — one of their greatest financial assets.

But not everyone lives with the same level of stability and predictability. People tend to be more mobile and make more frequent large changes to location or lifestyle.

If you are confident that you’ll be staying in the same geographic location and have stability of income, then purchasing a home ASAP could be a good idea. But not everyone is committed to putting down those kinds of roots.

If you think there’s a good chance of relocating within the next couple years, you’re better off renting.

Homeownership isn’t a short-term commitment. It will generally make sense to purchase a home if you’re going to be somewhere for 10 years or longer. It might be less, but the likelihood of success becomes dramatically less for short time periods. You need a lot to go right to make homeownership a viable short-term option.

Naturally, you need to be realistic and make an educated guess. Sometimes people need to relocate unexpectedly, whether through challenge or opportunity. It’s a decision based on likelihood, not absolutes.

For those people who have stability and predictability in their lives, homeownership sooner rather than later makes financial sense. But more so than ever, it’s not the right choice for everyone.

Cash used to be king, and kings can’t live forever. But this former king hasn’t sounded its death knell yet. You can get by without cash. You can meet the majority of life’s financial needs without touching paper money. But — and this may sound familiar — cash is a tool.

Cash still facilitates many transactions. It’s great for tips. It’s still, or nearly so, universally accepted. There are still some small businesses that don’t accept cards. They’re fewer by the day, but they exist.

And cash can save you money. True story. Cash discounts remain common. Gas stations often offer cash discounts, saving them the cost of credit or debit transactions. They incent the consumer to use cash by offering part of their savings as a discount.

Other businesses offer cash discounts for a variety of reasons. It’s immediate cash flow. There are fewer collection problems. There’s a surprisingly large segment of society that still finds cash to be the preferred method of transaction.

And then there’s the behavioral issue. People spend less real money than they do plastic money: It’s tangible. Credit, whether actual credit or merely debit, is abstract. You swipe or insert and some value leaves your account. But when you use cash it’s money that leaves your hand. It’s real. And people will spend less with cash than they will plastic.

You may not need this tool as much as you did. And it’s likely to continue in that direction. But it’s not yet time to toss it.

Some Final Financial Truth About Common Financial Myths and Mistakes

Doing well financially requires some thought and analysis. But not perfection. The key is to understand your financial life and makes the best decisions based on your present situation and your goals and objectives.

And maybe you get onto the financial bus with the masses. Or you ride your unicycle. Either could be fine if you’ve done the work to see how it fits in your situation. But you don’t have to follow your crazy aunt’s crazy advice if it’s not good for your life. Make your choice for yourself.