Should Parents Pay For College? No | CentSai
Education

Chonce Maddox
6 minutes read
3712 views
CentSai relies on reader support. When you buy from one of our valued partners, CentSai may earn an affiliate commission. Advertising Disclosure 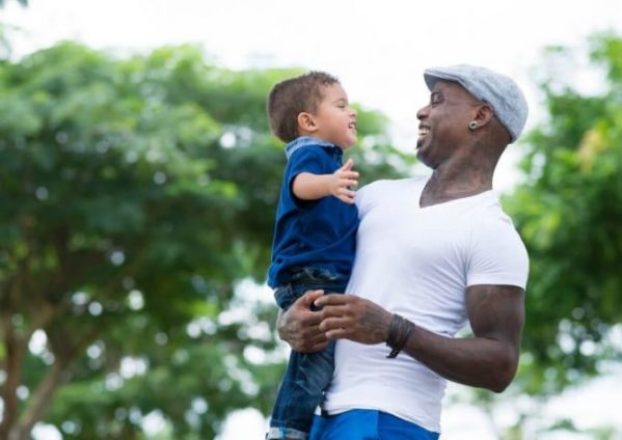 6 second take: Chonce wants her son to value his college education. What better way than to have him pay for most of it himself?

As a parent, I won’t be paying for my child's college education. Yes, you heard me correctly.

Though I would like for my son to go to college and to graduate without student loan debt, in order to pay for his college education in full, I’d have to start aggressively saving right now. This is something I’m not willing — or feasibly able — to do.

I may set aside some money to help him, but it will probably be only a fraction of the tuition costs at that time. Let me explain my rationale and why other parents should take note.

Other Financial Burdens of Parents Paying for College

While I could budget to contribute the maximum to a 529 plan for my son, I still have student loans of my own. Additionally, my husband and I have other debts that need to be taken care of first.

I’m working hard to pay all of my student loans off by the end of next year, and there are other financial goals I’d like to start working toward sooner rather than later, like investing for retirement and saving for a down payment on a home.

Planning for the future also ensures that we don’t become a burden on our son later in life.

“If one hasn’t accumulated enough money by retirement age, one is left with two options — work longer, or settle for a lower standard of living in retirement,” says finance professor Robert R. Johnson of Creighton University.

We would rather that “lower standard” not require we become dependent upon our son, thereby possibly becoming a bigger financial burden than that of student loans.

“Funding a retirement plan comes first,” Johnson adds. “Despite this, parents often convince themselves that they are bad if they seemingly choose themselves over their children.”

While I realize having my son when I was young set me out at a financial disadvantage, I have to make the best out of my situation. But it’s not the only reason I don’t want to fund my son’s college education entirely: 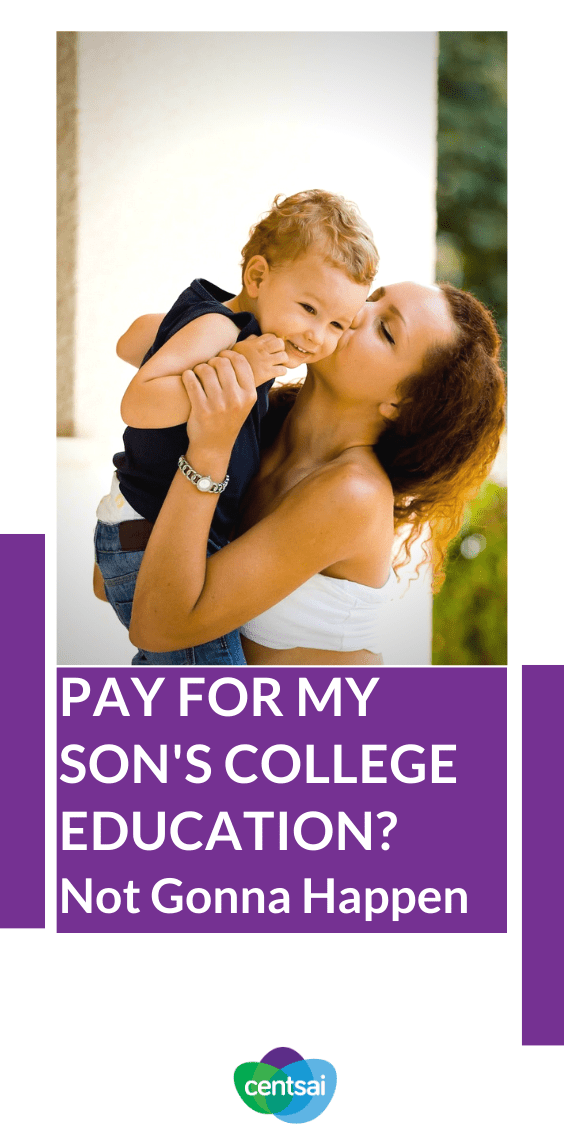 Having just graduated from college a few years ago, I remember a large number of my peers who didn’t really take the experience seriously and weren’t particularly grateful for it.

I saw many students drop classes in the middle of the semester, even after they knew they couldn’t get a refund — or worse, fail a class and retake it, thus paying twice for the same number of credits.

I also saw classmates party too much and subsequently lose their scholarships, refuse to apply for any available scholarships, miss the financial aid deadline, hardly show up for class, or do a number of things that hinted to me that they might not have paid for their college education.

Experience has taught me that when you pay for something out of your own pocket with your own hard-earned money, you cherish it and appreciate it more.

“When one has skin in the game, one appreciates the accomplishment more — and this also goes for paying for one’s education,” Johnson concurs. “If one contributes to paying for their education — either through money earned through work or scholarships earned — they appreciate the achievement more.”

Don’t get me wrong, I know there are many students who are grateful to receive help from their parents with college tuition — even though some aren’t.

I took my college education very seriously, and even though my parents didn’t help me out financially, I made the best of whatever financial aid I received. I want my son to develop a similar work ethic and outlook on higher education. And I feel like there’s no better way for him to learn this valuable characteristic than for him to pay for at least part of his college education.

The Real Expense of College

It’s no secret that college is super expensive, or that the average national student loan debt is remarkably high.

But attempting to give my son a free ride to college won’t help fix the issues associated with costs.

I say “attempting” because the current yearly cost to send my child to college is $25,615 per year in a public college and $53,949 at a private school, according to the Education Data Initiative. To make matters worse, the College Board reports that that price tag is expected to rise considerably by the time my child starts his college journey.

The current estimate of the cost of raising a child to age 18 is upward of $230,000, which doesn’t even include the cost of college. Realistically, it would be fairly difficult for many parents to save and invest enough to reach those numbers to support their kids through college, while also meeting their own financial goals. That is, unless they start before they even have children.

“It’s possible to save, invest, and pay for your child’s education, but it does take serious planning and discipline,” says Garrett Konrad, a partner at registered investment advisor firm IFC.

“Let’s take a real-world conservative case study in which a 28-year-old couple earns $80,000 a year, without ever getting a raise; if they save $200 a month toward a college fund, they would have about $85,000 set aside for college in 18 years,” Konrad adds.

While this is a modest amount compared to the expected cost of a public university, it shows how putting away even a small amount can reap rewards in the long term.

What Parents Should Do, Instead of Paying for College

I am not going to beat myself up for not being able to meet some generalized standard laid out by society. I do, however, recognize the value of a college education. So here’s what I will do as a parent to help pay for my child’s college education:

I would much rather teach him to research and analyze all of his options, save money, and work hard for what he wants in life, rather than throw a ton of money at him and tell him to run off and have fun for four years. 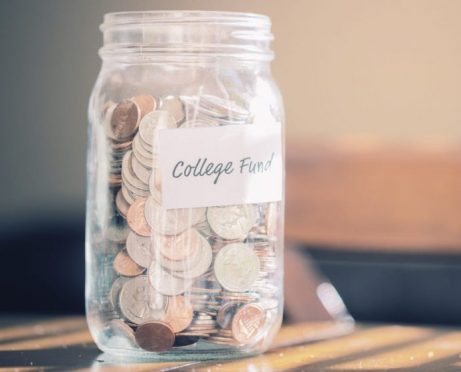 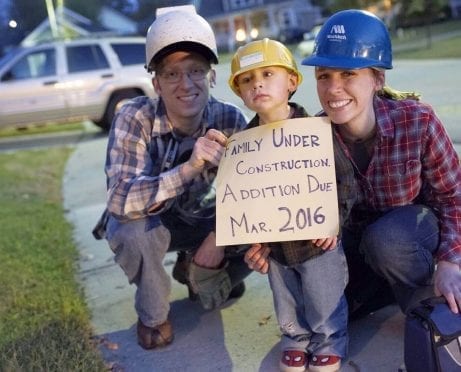 Millennial Mom Ponders How to Pay for Her Kids’ College Tuition