Should you be worried about secular stagnation? Larry Summers is
Forgot Password?
Experts

Should You Be Worried About Secular Stagnation? Larry Summers Is

Barbara Friedberg MS, MBA
6 minutes read
1396 views
CentSai relies on reader support. When you buy from one of our valued partners, CentSai may earn an affiliate commission. Advertising Disclosure 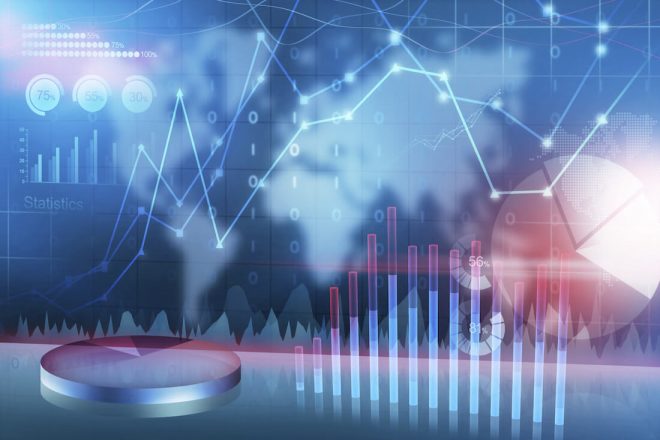 6 second take: Many people feel they are not participating in the current economic recovery. Secular stagnation may be the explanation for why minimal growth is the new normal.

Larry Summers is Worried About the Economy – Should You Be Worried Too?

As we approach the mid-point of 2016 there’s abundant conversation about the state of the economy. The optimists look at the low unemployment rate and claim that the country is moving in the right direction. The pessimists focus on the anemic economic growth and stagnating wages. And Larry Summers claims that secular stagnation is upon us. 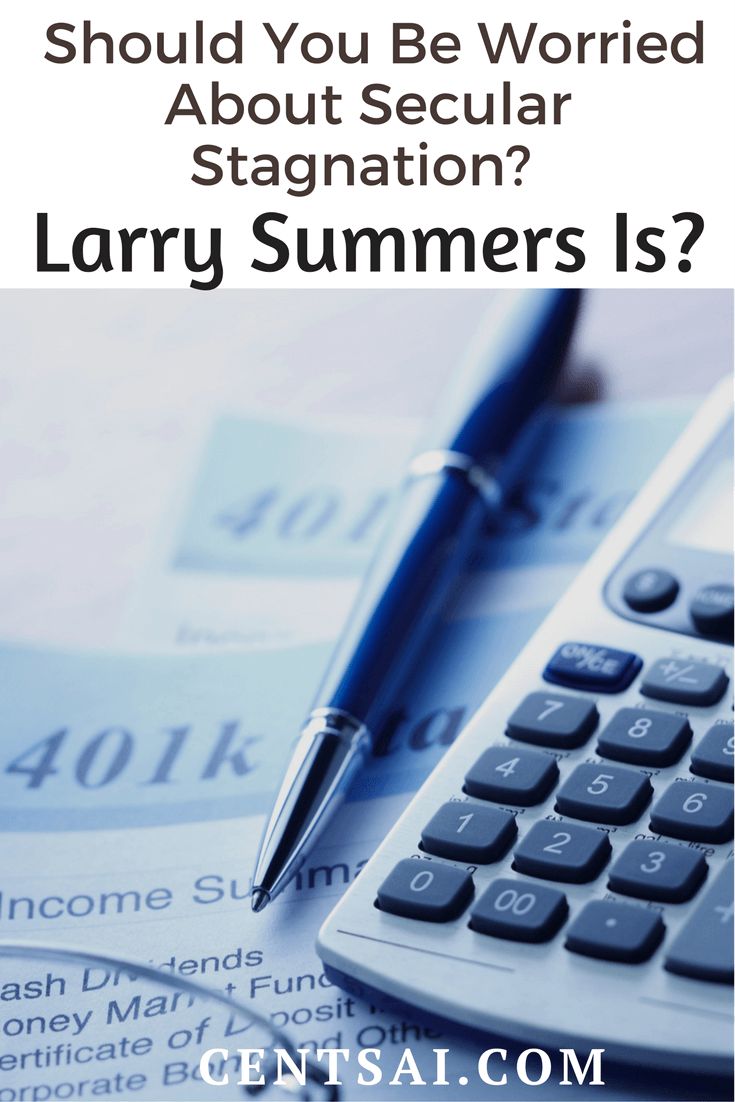 What is Secular Stagnation?

The result is that excessive saving acts as a drag on demand, reducing growth and inflation, and the imbalance between savings and investment pulls down real interest rates. When significant growth is achieved, meanwhile — as in the United States between 2003 and 2007 — it comes from dangerous levels of borrowing that translate excess savings into unsustainable levels of investment (which in this case emerged as a housing bubble).” ~Larry Summers.com, “The Age of Secular Stagnation”

If Larry Summers is right, and we’re in a new normal, then everything you believe about economics and investing may be called into question.

So which is it? Is the economy in a new stagnant normal, or are we ever so slowly returning to our typical economic growth?

The common belief is that economies are cyclical; growing businesses will continue to expand into the future. Thus, the stock market will continue to advance, job growth will continue, and ultimately, wages will also rise. Although slow in coming, there’s optimism that a glowing economy is on its way. But what if the cyclical nature is not true now and we’re in a new normal?

Lawrence Summers, Harvard economist and almost head of the Fed (beat out by Janet Yellen) is worried. He believes that the economy is experiencing a ‘secular stagnation’. Summers and other economists are trying to figure out why global growth is slow and uneven. For the first quarter of 2016, the annual GDP growth rate in the US was 0.5 percent. The Eurozone growth during this same period was 2.2 percent while Japan’s suffered a negative 1.1% percent decline.

The hypothesis that secular stagnation is thwarting economic growth is supported by:

What Happened to Inflation of Yesteryear?

Throughout the second half of last century, inflation was a demon, clawing at our door. Today, deflation, historically a Japanese problem, is threatening to impact the globe. The global community is pessimistic about future growth possibilities. This is demonstrated with Germany’s 10 year bond, which yields a paltry 0.13 percent. And our interest rates have been falling for decades.

Summers Claims: Too Little Demand and Too Much Savings > Secular Stagnation

If you think this sounds perplexing, you’re not alone. As we get older, we tend to save more. This tendency applies to developed nationals abroad and in the US. This practice perpetuates the old adage that the rich get richer. The wealthy can’t spend all that they earn – so they save.

Meanwhile, the economic composition is changing. Previously, companies invested heavily in new plants and equipment, which consequently grew the economy. Today economic growth is being propelled without the heavy machinery and plants of yesterday, but with information products such as software or growth fueled through existing asset businesses such as Uber and Airbnb.

Companies can earn money without investing in plants and machinery. Industry magnates don’t see a return on investing in big capital products.

How Are These Changes Hurting Economic Growth?

Interest rates are influenced by supply and demand. Demand for loans is light and the supply of money for lending is strong, due to the saving behavior of aging populations. Thus, less demand for money along with greater supply may be propelling developed economies toward negative interest rates – a new concept for us.

So what’s the fix? Larry Summers readily explains that secular stagnation is a theory and not a fact. But, if this theory is accurate, then there are some ways to get us out of this economic malaise.

If There’s Secular Stagnation, Then Here’s the Remedy (According to Larry Summers)

Summers explains that the underlying problem with secular stagnation is the neutral real interest rate is too low. He claims that this rate can’t be upped with monetary policy. He suggests that the fix for ultra low interest rates is fiscal policy.

What is Fiscal Policy and is it the Cure?

Fiscal policy, the other side of monetary policy, is the method by which governments change spending levels and tax rates in order to influence the economy. The policy might be implemented with infrastructure repairs such as improving a country’s roads and bridges. Fiscal government spending can increase employment and consequently spending which may improve overall economic growth. Holding other factors constant, expanding fiscal activity also raises interest rates.

Another benefit of fiscal policy, implemented with public investment is that during a period of low interest rates, low materials prices and low employment levels in the construction industries it is less costly to fund large infrastructure projects.

Although there are fears of an increasing deficit with greater fiscal spending, Summers doesn’t believe this is significant today. He claims that;

“It is true that an expansionary fiscal policy would increase deficits, and many worry that running larger deficits would place larger burdens on later generations, who will already face the challenges of an aging society. But those future generations will be better off owing lots of money in long-term bonds at low rates in a currency they can print than they would be inheriting a vast deferred maintenance liability.” Larry Summers.com, “The Age of Secular Stagnation”

Finally, if Summers is correct and secular stagnation is the rational for today’s stagnant growth, then maybe it’s time to uncover other demand creating options such as accelerating investments in renewable technologies that might replace fossil fuels. This and other types of exploratory projects could benefit middle income workers, labor unions and grow consumption. 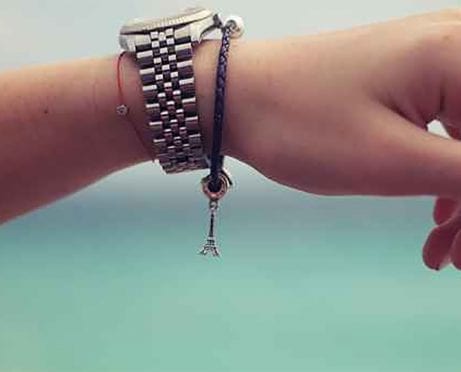 Do You Really Need a Rolex? 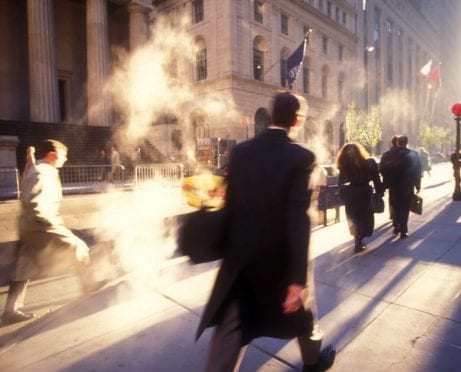 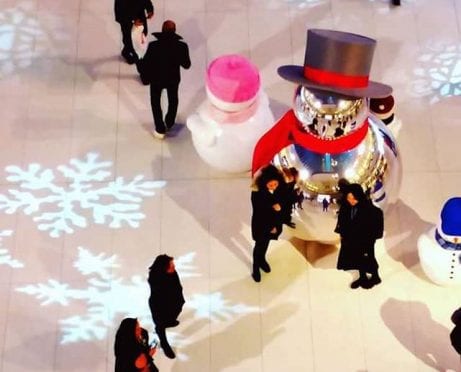 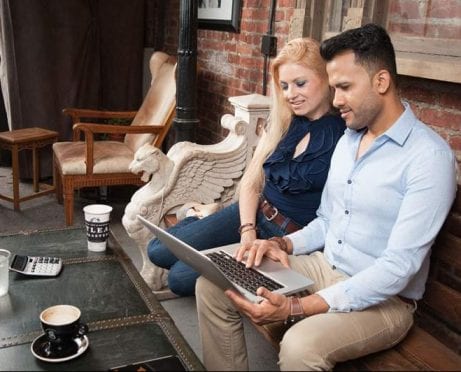 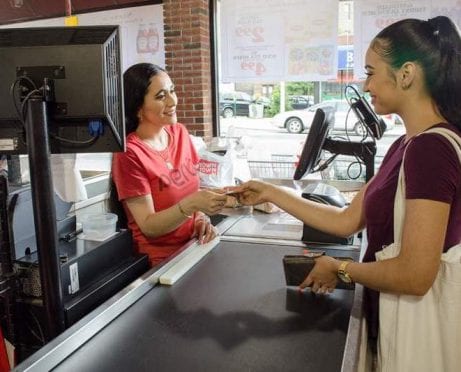 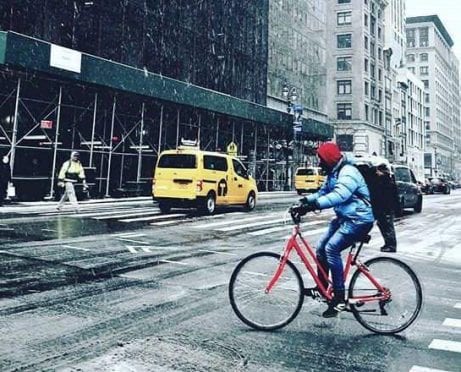 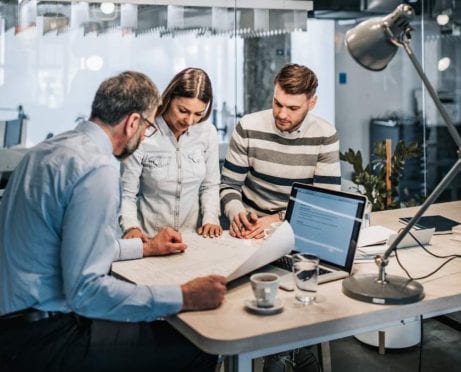