What Is Social Security and How Does It Work? | CentSai
Forgot Password?
WTF is...

Patrick M. Graham
6 minutes read
2995 views
CentSai relies on reader support. When you buy from one of our valued partners, CentSai may earn an affiliate commission. Advertising Disclosure 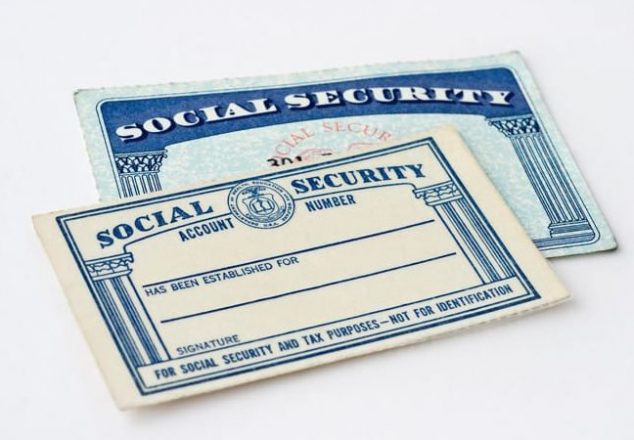 Social Security is probably America’s most important social program, and it helps more than just old people. In fact, you could argue it is the nation’s most successful anti-poverty program ever. It has kept tens of millions of Americans, including millions of children, out of poverty.

A third of all older Americans — some 62 million — collect a monthly Social Security benefit check. For most retirees, their benefit is the biggest source of their retirement income. If you become disabled while working, you can collect benefits, too.

However, the trillion-dollar program’s success makes some people angry. For decades, certain (anti-social, I say) forces have been trying to kill or weaken Social Security. Critics contend that the program is going broke, citing a report this month estimating that Social Security will face a funding reckoning in 2034.

The report’s gloomy outlook is an old story. Critics love these reports and make it sound like Social Security is some wasteful entitlement program that comes out of bureaucracy.

But what haters forget is that Social Security is funded by a dedicated payroll tax deducted from our paychecks. Workers pay into the program. There’s no free lunch here. It’s your money. And despite the naysayers, the government can easily solve the program’s cash-flow issues. It is just a matter of political will. Now’s a good time to overcome the confusion, myths, and “fake news” surrounding the program.

What Is Social Security and How Does It Work?

The program is mainly funded with Federal Insurance Contributions Act (FICA) taxes, which come from our paychecks. The Social Security Administration slaps a 12.4-percent tax on our gross earnings, split evenly between you and your employer (6.2 percent each).

Strangely, they only tax up to $128,700 of an individual’s income. This may explain the program’s funding problems.

Social Security still gets some revenue from income taxes collected on higher-income beneficiaries. The money either goes directly to pay benefits or, if there’s a tax-collection surplus, gets placed in two trust funds that invest in U.S. government bonds paying three- to four-percent interest.

The fund holds nearly $3 trillion in savings, and this year, the program will start drawing on those reserves for the first time since 1982 to pay benefits. Social Security will pay full benefits until 2034 with the current funding formula of payroll taxes, income taxes on the wealthy, and interest earned on government bonds in the trust funds. It will also have to tap into the principal balance in the trust funds. After that, the program would pay only three-quarters of promised benefits.

Who Can Claim Social Security Benefits?

Recipients of benefits come in three classes: people who are 62 years old or older, disabled workers, and survivors of a recipient (spouse or child) who has died. Nearly 85 percent of benefits go to retirees and their families.

To become eligible for benefits, you got to have some skin in the game: You must have worked 40 quarters (a quarter being a three-month period) and have earned at least $1,300 per period. The government cites your best 35 years in which you earned the most money to calculate your average indexed monthly earnings. Then that’s applied to a formula that determines your basic monthly benefit, called your primary insurance amount, or PIA. It is paid out for life and may get a cost-of-living adjustment each year.

The maximum monthly benefit for someone retiring at the “full-retirement age” of 66 in 2018 is $2,788, but most retired workers on average receive a monthly benefit of only $1,404.

You can even collect a benefit, albeit reduced, while working. Once you stop working, you are entitled to your full benefit.

Still, you'll want to make sure that you're able to supplement this with retirement savings through accounts like IRAs and 401(k)s.

Applying for retirement benefits is a fairly easy process. But workers hurt on the job and disabled as a result face a much tougher road when applying for Social Security disability insurance. The government is stingy in approving benefits and requires applicants to provide reams of documentation and paperwork. Only 33 percent pass. About 19 million Americans collect disability, which pays an average monthly benefit of around $1,200. And unlike the retirement benefit, disability insurance payments are not guaranteed for life.

The Science Behind Claiming Benefits

Workers who reach that special age of 62 after decades of hard work and toiling need to think real hard about how and when to claim their benefits. The smart folks start pondering a collection strategy long before they reach their 60s.

Uncle Sam wants you to work longer and keep paying taxes! As an incentive, the government will give you a bigger monthly benefit if you wait a few extra years to claim it. For example, the Social Security Administration deems “full retirement age” to be 67 for workers born in 1960 or later.

I was born in 1965, so if I decide to claim benefits at age 62, I’ll get only 70 percent of my PIA. If I collect at 65, I’ll get 87 percent. If I skip 67 and wait unit I’m 70, I can increase my monthly benefit by another 24 percent! That’s the ideal outcome, predicated on good health and having other sources of retirement income on which to live.

When it comes time to claim benefits, married and divorced couples can enjoy a few perks that singles don’t get. Widows and widowers receive a survivor’s benefit equal to 100 percent of their spouse’s benefit. (Hopefully it’s more than their own benefit.) And the longer they wait to file a claim, the bigger their monthly benefit.

Meanwhile, a child gets a survivor benefit worth 75 percent of a parent’s Social Security benefit and worth 50 percent of a disability benefit. And divorced individuals can qualify for spousal benefits if they were married to their ex-wife or husband for at least 10 years and haven’t remarried.

The spousal benefit comes with another bonus: The spouse can earn a bigger benefit than filing as a retired single. Spouses can claim benefits at the same time. 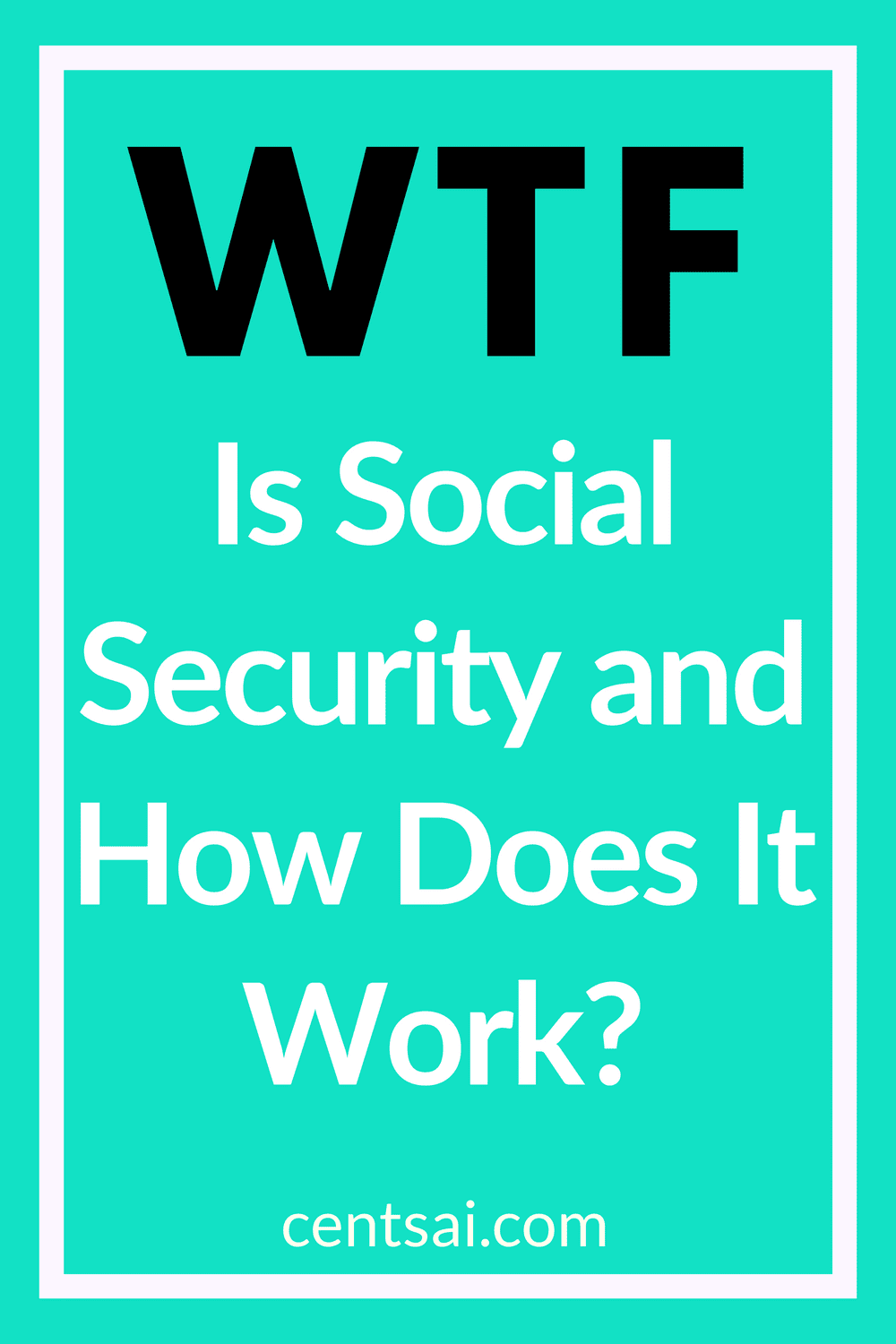 However, only one spouse is entitled to benefits based on his or her own earnings record. That spouse files first. As a result, the other spouse must claim spousal benefits. This is limited to 50 percent of the first spouse’s benefit, if that amount is higher.

The program’s rules really do benefit married couples — so much so that clever duos can leverage the ins and out of various claiming strategies to earn themselves more than $200,000 in additional payments over their lifetimes.

Why Social Security Is Here to Stay

Put simply, the program works. It helps people. But critics bitch and moan that the program is unsustainable and headed for bankruptcy. They argue that retirees are collecting 10, 20, even 30 years of benefits, when the program was designed (in 1935) to pay benefits for much shorter periods, as most folks didn’t live past 70.

Another concern is that there aren’t enough young people paying into Social Security because their salaries and wages are sub-par and can’t generate enough in payroll taxes to fund the program adequately. But that trend and other headwinds shouldn't prevent the program from getting a major tune-up to keep it going for another 100 years.

Remember, the government only taxes income up to $128,700 per individual. Why not raise the threshold to $500,000 or $1 million, and tax only the individual and not his or her employer? The money is there. But Congress and Social Security's overlords would seek to raise the retirement age, now 67, before raising taxes. They’ve done it twice before.