What Is FANG, and Should I Invest in FANG Stocks? | CentSai
Forgot Password?
WTF is...

Patrick M. Graham
6 minutes read
1798 views
CentSai relies on reader support. When you buy from one of our valued partners, CentSai may earn an affiliate commission. Advertising Disclosure 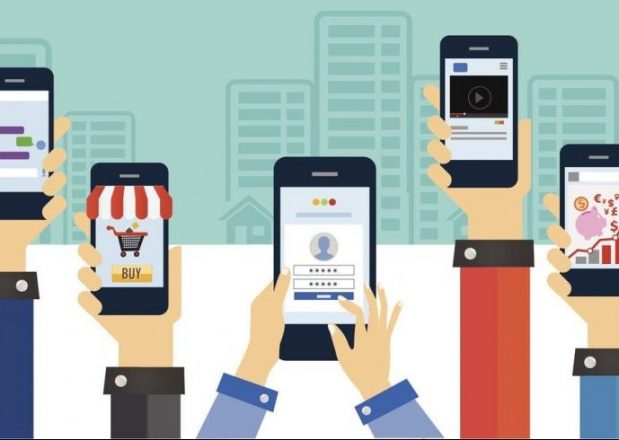 Do you consume tons of social media, news, games, and movies online every day? Do you rarely leave your house and instead do all of your shopping online? Then meet FANG, your technology overlord.

Um … So What Is FANG, Exactly?

FANG is an acronym that describes the four most popular and best-performing tech stocks whose parent companies have come to dominate our lives so profoundly: Facebook, Amazon, Netflix, and Google (now called Alphabet).

Apple — fat, happy, and worth $1 trillion — has rightfully joined the club after its initial exclusion. I guess you can call it FAANG now? For simplicity’s sake, let’s keep it as FANG.

These tech Goliaths need no introduction. Young and old, we all know of them.

Nearly every human on this planet with a computer, tablet, or smartphone has some daily interaction with the FANG gang.

During the last 20 years or so, these corporations have gotten filthy stinking rich by creating and populating this brave, new online world that’s reshaping how we buy goods and services; watch movies and play computer games; and communicate with friends, family, and even strangers. FANG shareholders have been equally well rewarded. 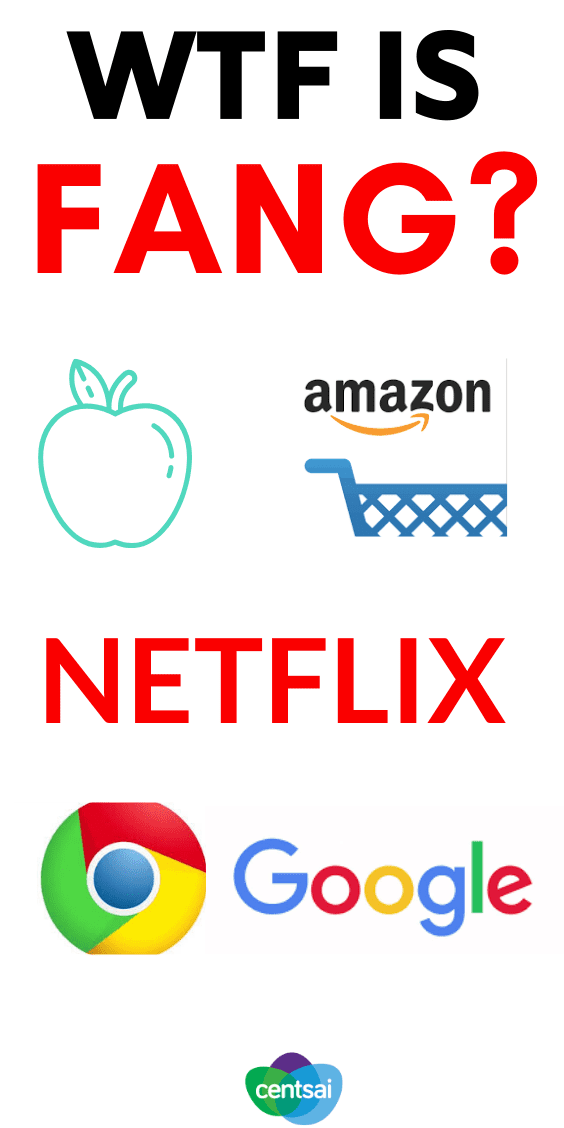 Why Should You Care About FANG Companies?

The FANG firms are so large and profitable that they generate a significant portion of America’s gross domestic product (GDP). It’s also a reminder of just how large and powerful the FANG firms have become in just a short time, and how much we use their products and services every day.

That’s something to keep in mind should you decide to invest in FANG stocks. And when you’re ready, you can simply purchase exchange-traded funds (ETFs), which track the collective performance of FANG companies and other tech industry stocks.

But what truly draws people to FANG stocks — and why you should care — is the powerhouse growth driven by powerhouse profits.

FANG companies have accounted for nearly 80 percent of the returns for the Standard & Poor’s 500 index (S&P 500) this year.

Up until recently, betting on FANG stocks has been one of the hottest — and most crowded — trades of the 9-year-old bull market.

Who Coined the Term FANG?

Some say the clever dude who invented the term is either absolute bonkers or a mad genius.

CNBC’s Jim Cramer, the so-called “Mad Money” guy, came up with the term in 2013, as these tech giants raked in cash and sent their stock prices soaring. To Cramer, the FANG companies represented the top stocks to own and the stock market’s brightest leaders.

Cramer did the investment world a big favor by helping to synthesize one word to describe the best metric to track the collective investment health of the world’s biggest tech companies.

And whether intentional or not, the term FANG is the perfect metaphor for what these tech giants are all about: They indeed have their “fangs” in billions of consumers around the world.

The FANG Gang: Meet the Companies

So what makes each of these companies worthy of inclusion in the FANG gang? Let’s take a look.

It’s the dominant social media network, penetrating nearly every region of the world. Most readers of the column, I bet, have a Facebook account.

The company is bent on growth. It acquired Instagram in 2012, for instance, along with the platform’s sweet pot of 700 million users.

Facebook now has 2.23 billion active monthly users, and may have found a way to make a profit off its users’ comments, likes, posts, photos, and more.

But it also has a dark side. There are piles of crap posts from hundreds of hostile sources on Facebook — many of them outright lies dubbed “fake news.” Facebook is trying to police its network, but some people wonder if founder Mark Zuckerberg has unleashed something beyond his control. 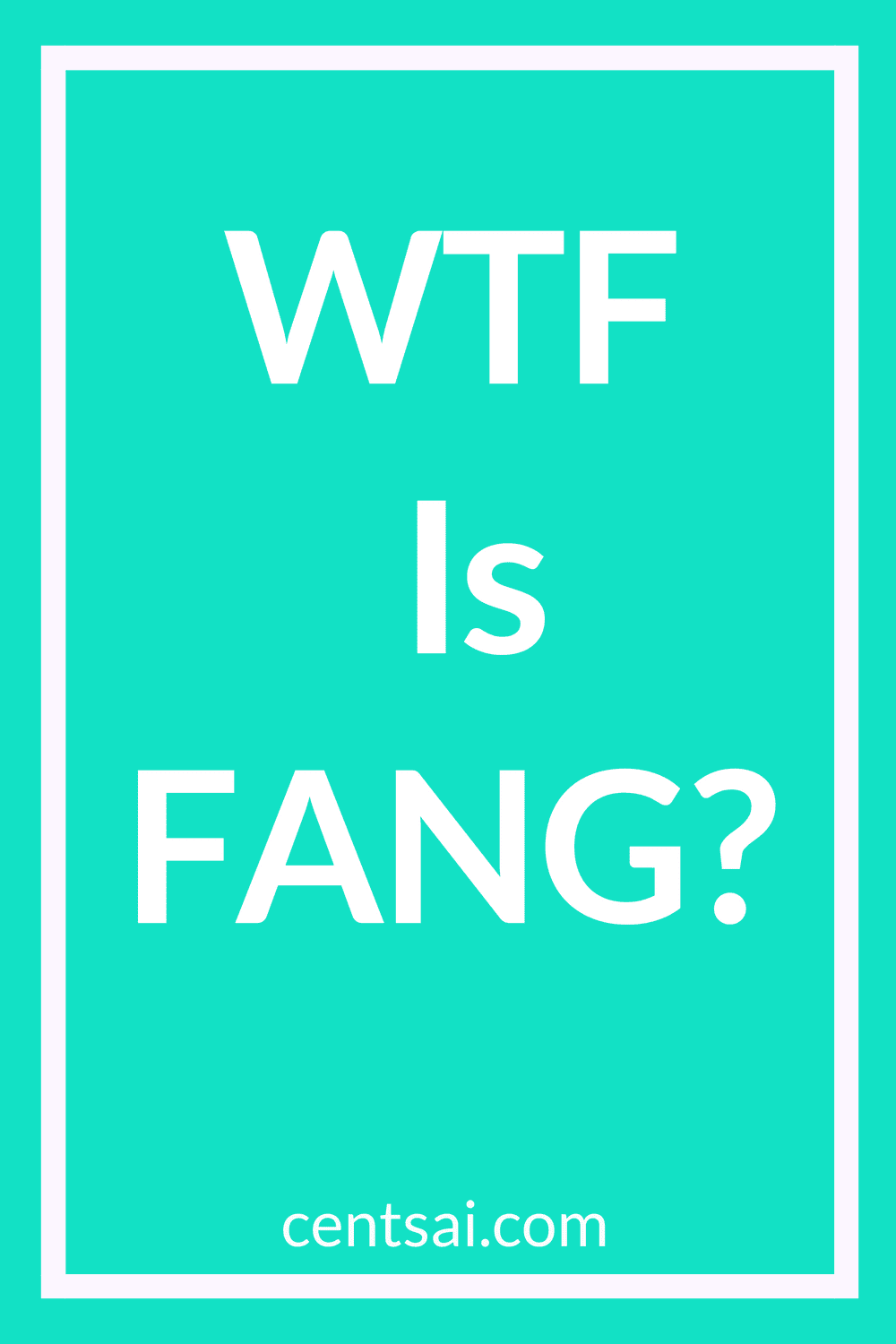 Speaking of controlling overlords, Jeff Bezos’ puppy is the million-pound megalodon of e-commerce. After starting out in 1995 selling books and sneakers on the newly emerging “information superhighway” or “world wide web,” Bezos now has his magic sticks in nearly every piece of factory-made merchandise.

He’s getting into consumer services, too. In 2017, Amazon purchased Whole Foods to set itself up as a major grocery-delivery service. Now it’s toying with the thought of being a pharmacy and a real estate agent, among other plans in the works.

Amazon’s stock trades for a whopping $1,900 per share, a steep price that accurately mirrors how large and powerful Bezos’ colossus creation has grown.

They invented it. The whole smartphone revolution. Apple’s stock price (about $250 a share) reflects the vast amount of wealth that its historic products have created for the company and its shareholders.

Some observers say that the public is tiring of its 11-year love affair with the iPhone. But while Steve Jobs is gone, his vision lives on.

Apple will top itself again. And let’s not forget the high brand quality that the computers have for consumers. August 2018 is proving to be Apple’s best month in years. Its stock-market capitalization (number of stocks outstanding X stock price) has pushed past the $1 trillion mark.

As more cable subscribers cut the cord, many are turning to low-cost, on-demand video-streamers like Netflix, Hulu, and Amazon Prime. Netflix’s game plan is a success, flushed with 125 million subscribers.

Going forward, some investors worry that subscriber demand may be stagnating. Others foresee more growth ahead. Despite some recent turmoil, investors still like Netflix. Its stock price (around $340 a share) has recovered more than 20 percent since an early July drop.

Google is more than just a widely popular search engine. It also makes stuff like robots, driverless cars, and other artificial-intelligence products. Plus, it makes the Pixel smartphone. Google also runs the video-streaming channel YouTube and the Android smartphone platform. Google’s stock price trades around $1,220 per share, a rich price that reflects the company’s scope and reach.

Should You Be Wary?

As I mentioned earlier, buying an ETF is the easiest and smartest way to invest in pricey FANG stocks and other tech companies. But what about those times when FANG should be avoided?

Critics say that the FANG collective is a bubble waiting to burst, just like the first internet tech bubble nearly 20 years ago. Today, they cite a pretty compelling statistic: If Microsoft were to join the gang, then those six super tech companies would be responsible for the entire return of the S&P 500. That, indeed, is too much stock-market wealth concentrated on too few shoulders.

There are other concerns that some of FANG stocks may be overvalued, especially Facebook. The social-media company’s stock and reputation remain under siege after executives warned of shrinking revenue, continuing fake-news attacks, and never-ending user-privacy challenges.

But Facebook’s problems are really just Facebook’s problems. Investors shouldn’t use Facebook as a gauge to judge the value of the other FANG members. Apple, Amazon, and Google — the three largest tech companies, in that order — are only growing stronger and richer. And they’re not alone. They all have their fangs in us.