Minimalist Living: A Benefit of Growing Up Poor

Talon Lister
3 minutes read
1554 views
CentSai relies on reader support. When you buy from one of our valued partners, CentSai may earn an affiliate commission. Advertising Disclosure

In traditional American society, people are expected to strive for material things. Materialism is rampant in our culture, and there are no signs of it letting up anytime soon. Everyone always has, and will always want, to keep up with the Joneses.

But there’s also a growing countercultural trend known as minimalism that has been sparked in the United States, primarily among millennials and Gen Zers. The art of living with less stuff is nothing new. However, it’s gaining in popularity because of its affordability and flexibility.

What Growing Up Poor Taught Me About Minimalist Living

Since my family was very poor while I was growing up, we tended to move often. We never really left our hometown, but we moved around a lot within it. In the last 10 years of my being at home, I lived in five different places. It turned out that with every subsequent move, I sold more and more of my things.

Even today, when I buy something, I’ll use it for a couple of months, and then instead of sticking it in a drawer, I’ll sell it. Doing that allows me to make someone else happy, as well as recoup some of my initial investment.

This practice, combined with changing homes a lot as a kid and living the dorm life at my university, meant that by the time I moved into my first house with some friends this spring, I had very little to bring with me.

I was able to fit all of my belongings into my SUV and make just one trip. After I unpacked, my friends gawked when they saw how few possessions I actually had.

They saw it as a lack of belongings, but I saw it as an abundance of items that I actually used regularly and a lack of useless clutter.

I don’t have a ton of clothes, but I wear the ones that I do have on a weekly basis. I have one pair of shoes that I’ll use until they wear out, and then I’ll buy another. Why in the world would someone need 15 pairs of shoes? This is my reasoning. Over the years, it has led me to practice a form of proto-minimalism without even knowing it.

I call it proto-minimalism because true minimalist living is much more extreme than what I practice. But compared with the lifestyles of people that I know, it’s still pretty minimal.

The Pros and Cons of a Minimalist Lifestyle

Minimalist living can often be an inconvenience, especially in times of financial crunch. A life essentially based on the just-in-time model — buying things only when you need them — is great in theory because it reduces the number of objects taking up space in your home. In reality, it can be a hassle.

Imagine that you have only two chairs in your apartment because 90 percent of the time, just you and your roommate are there. That’s great, because you’re not taking up space with unused seats, right? But what if you want to have some friends over? Either someone will have to sit on the floor or you’ll have to buy more chairs.

In our culture, most people don’t enjoy sitting on the floor, so to keep people happy, you’ll have to purchase chairs. The situation is inconvenient, expensive, and stressful. If you don’t have the money to buy chairs, people might not come over and you’ll miss out on the experience of their company.

This is the tradeoff of extreme minimalist living, and the reason I like to practice a milder form of the lifestyle.

Sometimes I wish I owned more, but most times I’m glad I don’t have clutter. I enjoy leading a simple life — one enhanced not by things, but by experiences.

A minimalist lifestyle allows me to go almost anywhere in the world on a moment’s notice, carrying everything I’ll need in a backpack and a duffel bag, and that’s truly rewarding. Try filling your world with less, and let me know how it goes! 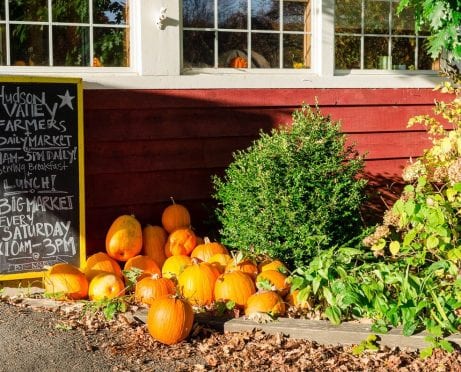