Peter Neeves Ph.D
9 minutes read
503 views
CentSai relies on reader support. When you buy from one of our valued partners, CentSai may earn an affiliate commission. Advertising Disclosure 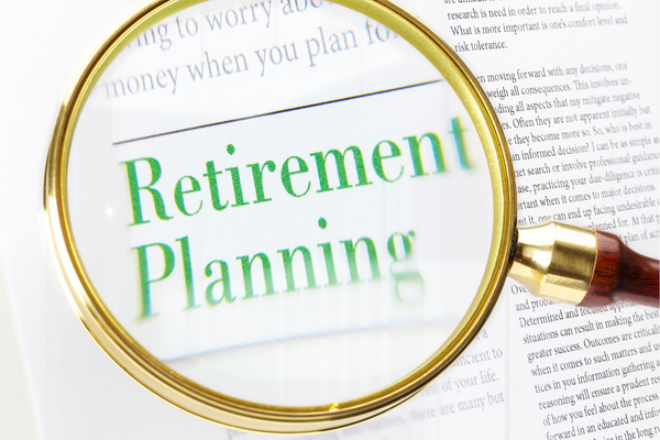 6 second take: Retirement, one of our most important goals, should not be left to chance. Investment for your retirement is important.

Retirement is the universal goal. Many people have various financial goals; retirement stands alone as being the only goal everyone has. They may call it something else, financial independence or some other term. They may plan to never quit working, but people tend to want to know they’re working toward that point where retirement would be affordable and work would become optional. Even those who don’t want to retire ever want to know that they could afford to. It’s universal. It’s also a goal where people make a lot of investing mistakes.

People do not like to make decisions in uncertainty; we like to have our ducks in a row. This is a huge problem when facing long-term faraway goals such as retirement. Often people don’t think they’ll be with an employer for long, so they don’t sign up for the employer-sponsored retirement plan for the first seven or 10 years they work there. Or they don’t want to admit they don’t know which investments to pick, so they put the information packet on the coffee table to look at later, and five years later it’s still somewhere where paperwork accumulates before eventually moving to the recycling bin if it hasn’t gone there already.

The solution is to start and then do more.

You can start with index funds or basic age-based portfolios but be careful of being overly conservative — that’s a more frequent problem than being overly aggressive.

Then increase the percentage you contribute each year. For example, if you started with 6 percent of your gross to take full advantage of employer matching, next year do 7 percent, the year after 8 percent, and so on.

If you’re not taking advantage of employer matching funds, you’re leaving free money on the table and not saving enough for retirement, as described above.

Be sure to contribute at least as much as needed to get all the matching funds. Don’t leave free money in your employer’s pockets when it could be in yours.

3: Not Being Aggressive Enough Pre-Retirement

There are a couple of concepts that come together here. We grow our future purchasing power, which is what we get to spend in retirement, by investing to produce returns greater than the rate of inflation over time. Inflation is the general increase in prices of goods and services over time. We can increase our purchasing power only by growing our investments faster than inflation. There’s no other way.

Many investments, or things people consider investments, will not outpace inflation, and therefore will not increase our future purchasing power. Cash investments, certificates of deposit, and money market funds (both bank money markets and money market mutual funds) will not outpace inflation over time. When you put money into these, you assure yourself you’ll only be able to purchase less with the money in the future. You guarantee yourself a loss in purchasing power. They’re unlikely to decrease in face value but guaranteed to be worth less in spending power.

People are more afraid of losing money than they are of not having enough money. But volatility, which is short-term price fluctuations, isn’t losing money. An account loses money if there’s less money there when you need to spend it. Assets that outpace inflation tend to have some volatility. Investors need to assume a reasonable amount of risk, or their investments will not grow. Most people could never afford to accumulate what they will need to retire using conservative investments. Most people should be more aggressive than they are. Not crazy aggressive, but reasonably aggressive.

4: Not Being Aggressive Enough at and in Retirement

This is another huge problem. There’s some conventional wisdom from the 1970s that is still being bandied about as gospel today, and it’s hurting people.

Way back then, people frequently worked until their late sixties and then most likely died in their seventies. Retirement was short. Your investment objective was to preserve what you had built. You also probably had a pension as your primary source of retirement income, and your investments were over and above that. You could afford to be conservative in retirement.

But now is not then.

People retire earlier, live longer, and fund the bulk of their retirement needs through their own investments. Instead of dying eight to 15 years into retirement, they’re living 30 or more years into retirement. It’s a different situation. The advice to be conservative with all your investments when you retire is generally bad advice. It may be reasonable advice if you have a health issue and are expected to live only a couple of years or if your retirement is unfunded and you have only a few thousand dollars saved. Then you can be conservative. Otherwise, it’s bad advice.

Most people will have a long retirement and need a lot more from their assets during their later years than they need during the early years. They need their money to keep working.

Getting too conservate too early can doom your later years of retirement.

We are fortunate to have tax advantaged retirement plans to use to help us build retirement assets. We have 401(k)s and 403(b)s that allow us to make pretax contributions and allow our investments to grow tax deferred.

And we have Roth versions of some accounts that do not allow for pretax contributions, but our investments grow tax deferred and withdrawals in retirement are tax free.

Most people who invest for retirement take advantage of one or more of these vehicles. But some resist; they don’t want to tie up the money or have some other bias toward retirement accounts, usually unfounded.

Add Towards Their Retirement Savings

Being able to use pretax dollars is a multiplier of results. Here’s what I mean by that bold claim.

Let’s say you figure you can afford to invest $100 per week into your work retirement plan. And let’s say you have a combined federal and state marginal tax rate of 33 percent, a common tax burden for many in high-tax states.

If you invest $100 per week out of your pay, your take-home will go down by about $67 per week; the remainder is funded by tax savings. Knowing this, you can employ the magic of pre-taxing, and invest instead $150 per week out of your pay, which will reduce your take-home by about the $100 per week you felt that you could afford. You have effectively used pretax contributions as a multiplier of results — your $100 out-of-pocket contribution has put $150 into your investment account because of the effect of tax savings on your contributions.

I would be remiss if I didn’t include a couple of honorable mentions on this brief list of retirement investing mistakes; these deserve a place on a longer list.

The solution can be twofold. Younger people, say in their 20s or 30s, can be comfortable that they’re at least close to being on track if they’re investing at least 15 percent of their gross income toward their retirement.

Another honorable mention is debt and other excessive expenses.

Some people live on debt, and their retirements may die on debt. Debt chokes the life out of your financial health. A reasonable mortgage, for most middle-class earners, a reasonable car payment, that’s fine. Consumer debt is not fine — not for most people and not into retirement. The sooner you clean up the drag of debt, the better. Don’t swim into retirement with the anchor of debt on your shoulders.

Retirement is the universal goal; we all want to get to a point where we can live free of financial concerns. It is one of the most important things people will ever undertake in their financial lives. Since we are dealing with uncertain futures, we’re bound to make some mistakes, but we don’t need to make unnecessary mistakes.

We need to save enough, we need to take advantage of pretax accounts as a results multiplier, we need to take advantage of company matching, and we need to accept a degree of investment volatility to produce long-term results both before and during retirement. The basics are there; we just need to do them. In many cases, we can do better with a formal plan in place: one of our own design if that’s our bent, or one done by a professional if that’s best for our situation. Retirement, one of our most important goals, should not be left to chance.