Chonce Maddox
4 minutes read
1014 views
CentSai relies on reader support. When you buy from one of our valued partners, CentSai may earn an affiliate commission. Advertising Disclosure 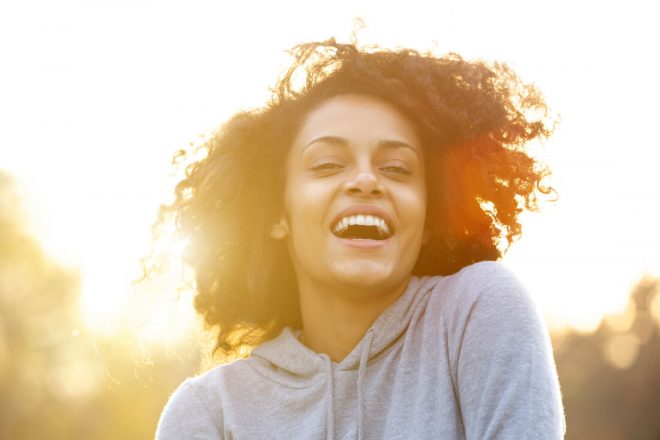 6 second take: Life may throw you curveballs, but positive thinking can help you meet your goals.  Here's how a good attitude can rock your world.

You can’t do anything with your money or your life unless you truly believe in yourself and your abilities. Positive thinking is key. If someone had said that to me just a few short years ago, I would have brushed it off as some generalized cliché pep talk.

But then, after working my way out of poverty and completely changing my finances despite my circumstances, I realized that financial success isn’t just lucked upon or only granted to those who have more opportunity. It’s something you strategically plan for and work toward. But before you do anything else, you must have a positive attitude and believe you can do it.

Self-made millionaires don’t just become that way randomly. First, they have a positive outlook on life. They believe they both deserve and can earn that much money.

When my finances were worse off, I realized that being negative about it was a waste of time.

Adopting a positive mindset opened the door to a newfound level of motivation and hope, along with so many opportunities.

When you were young, your parents might have told you that you could do and be anything that you wanted when you grew up. I know I felt pretty pumped up when my parents told me that I could be a lawyer or an astronaut when I grew up.

When I had my own child, I gave him the same seal of approval. I said he could do and be anything. But for me, my mindset changed as times got hard and I settled into adulthood.

Everything about improving my financial situation was a struggle – from finding my first good-paying job to getting a car and paying for college. When I graduated college and had a load of responsibilities on my plate with no job lined up, I was mad at the world. I felt betrayed and lost. I could have just given up there. But being a young parent, I realized I had a child looking up to me. I would seem like a huge hypocrite for encouraging him to follow his dreams while at the same time giving up on mine.

Growing up, after seeing all the money-related hardships people around me had to endure, all I wanted was financial stability. I knew it was a foundation to create a happy life and grow a family. So I focused on an end goal with a positive, child-like spirit that involved lots of optimism, dedication, and persistence.

There were many people who didn’t understand or respect my financial journey or my career choice. I even had one family member tell me I wasn’t going to be able to make much of my life because I became a parent early. Another told me I was never going to find a stable job as a writer, let alone earn enough money to support myself.

At first, the negative comments hurt me. But then I used them as the fuel to light a fire under my butt. Instead of letting other people’s opinions influence me and shift my mindset, I set out to prove them wrong.

Have Faith, Especially During the Bad Days

I had to believe – first in myself, and then in the goals I was chasing – even though I wasn't quite sure whether I could pull it off. Having that faith helped me stay on course.

It’s easy to say, “I’m going to save $500 per month in an emergency fund,” when you have an extra $500 lying around each month. But when you don’t – and you don’t want to give up on that goal – you have to get a little creative. You have to believe in that goal completely.

For the past two years, I’ve been setting income, debt repayment, and savings goals. While they sound daunting, I surpass these goals each time I check in. I am already at the halfway mark toward eliminating $30,000 in debt.

At first, I started looking for a $1,000-per-month job to meet my living expenses. I got out and interviewed numerous times until I found an employer who would pay me much more than that. Then I started side hustling. I set an initial goal of earning $300 per month. When I met that goal with freelance writing, I kept shifting the target. First I moved it to $1,000 per month, then $1,500, then $2,500, and most recently, $5,000.

If I hadn’t believed in myself and stayed positive right through this journey, I might still be looking for that $1,000 a month. Always stay positive to enjoy the good side of life. 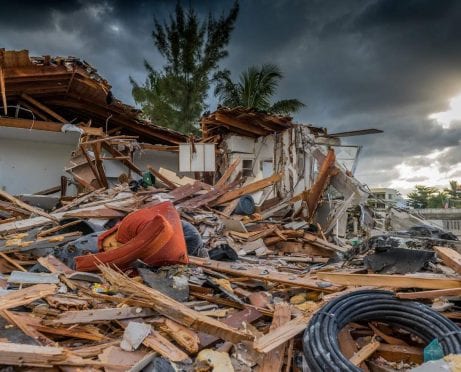 How to Cope With a Layoff After a Natural Disaster