Life Lessons Learned in the Military: Tips From My Army Dad
Forgot Password?

Kimberly Studdard
5 minutes read
1381 views
CentSai relies on reader support. When you buy from one of our valued partners, CentSai may earn an affiliate commission. Advertising Disclosure 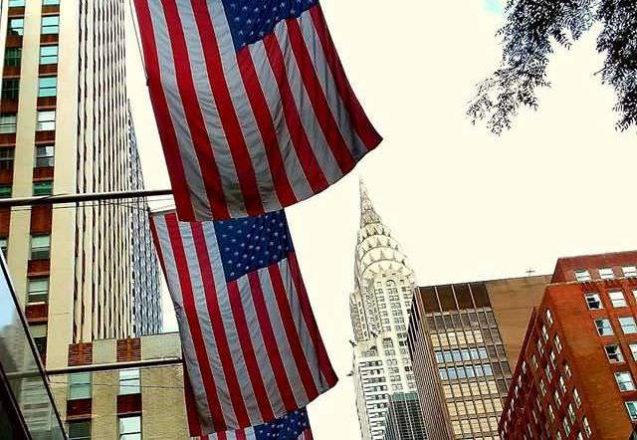 6 second take: An Army father teaches his children the art of living well and being happy on a small paycheck.

Growing up, my family never had much money — or so I thought. We were a military family, and my dad always told us to never join the military if we wanted a lucrative career.

But even with my dad being in the U.S. Army for 20-plus years, he was still able to retire early, as well as purchase and manage a home. More importantly, he taught his kids — myself included — financial lessons that I will never forget.

1. Live Well Below Your Means 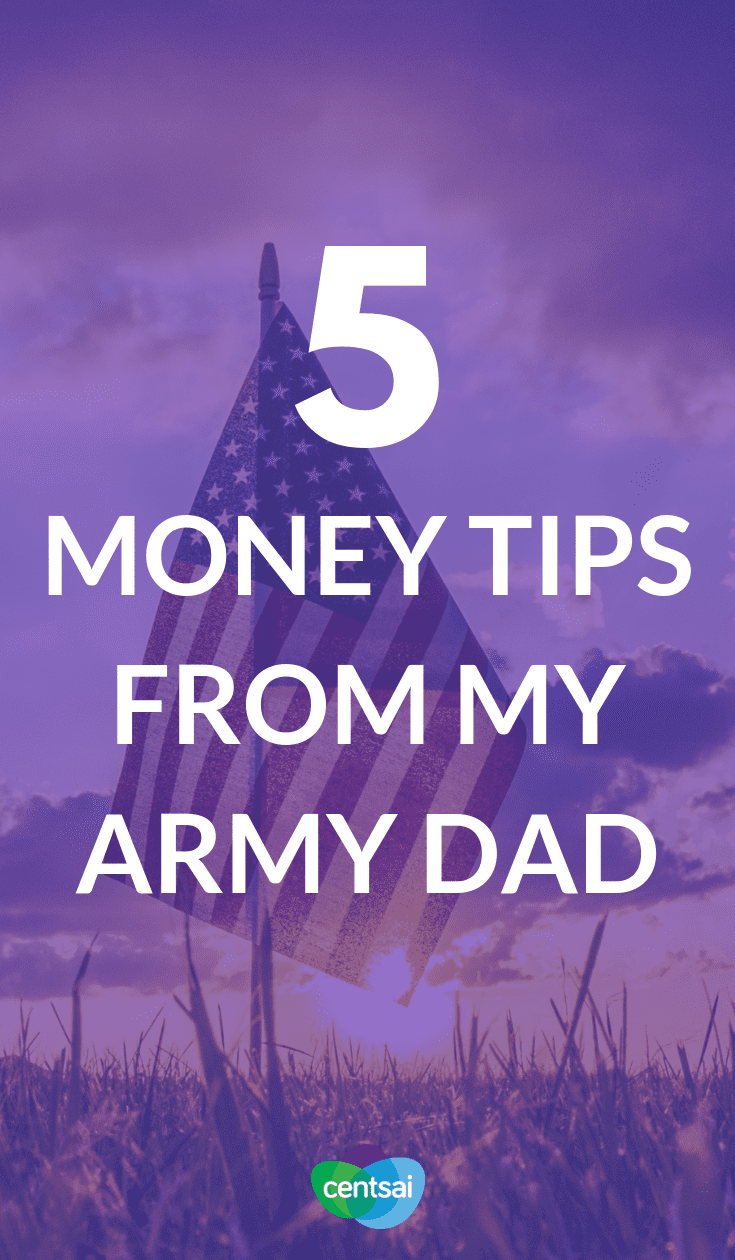 My dad never wanted to keep up with the Joneses. There were a number of times when we didn’t get something until years after others did. I remember being the only kid in high school who didn’t have a cellphone. By age 17, I had to buy and pay for my own phone. I didn’t understand it at first, but Dad had his reasons for living well below his means.

My dad grew up in a poor household and was raised by a single mom until he left home at age 13. He bounced from place to place until he joined the military at 16, and for the first time in his life, he made money.

To this day, my dad believes that necessities are the only things you need in life.

My dad always tried to live on half of his income. Sometimes that meant living in a small apartment with four to six people crammed in. Other times it meant eating beans and rice for a few days because our food budget was almost used up. It wasn’t always fun, but we almost always had everything we needed. And now my dad can live comfortably because he budgeted his income so well over the years.

These lessons aren’t just inherent to my dad. They’re echoed by other military service members and their families.

“The foremost lesson I got from my parents was understanding how to live within your means, and the value of putting money away consistently,” says Brian Wagner, a U.S. Army officer, whose father also served in the Army.

Along with living below our means, my dad also wanted to live with less stuff. I consider my dad a true hipster — he’s been practicing minimalism since before it was cool. Since my family moved often (sometimes every year), we couldn’t afford to have a ton of random stuff.

To make sure that we could pack the entire home in less than a day, we kept as few belongings as possible. Instead of several pots and pans, we had one of each. Each person had only two washcloths and one towel, and we kept toys and games to a minimum.

This may all sound harsh and boring, but it never was. We were always encouraged to go outside, check out local places like our library, and just be happy with what we had. In fact, it taught us to use our imaginations and create our own fun — something I see many of my peers struggling with today.

“While my dad was gone on deployment, my family saved a significant amount of that extra cash,” says Meghan Davis, whose father was in the Army for 33 years. “I was always taught to be frugal with my money, even when there was ‘extra’ money coming in.”

“I learned valuable life and finance lessons that have empowered me to be prepared for anything, especially now that I have my own family,” Davis continues.

I’ve carried on my dad’s teachings into my adult life, and I’m grateful that I learned to live this way.

I’ve managed to avoid consumer debt, and I live in a much smaller home that allows me the freedom to pay all my bills on time and in full.

3. Always Prepare for the Worst

Even though my dad’s job in the Army was fairly secure, he always talked about preparing for the worst. Whether that meant deployments (which happened), being discharged, or having to retire earlier than expected, my dad wanted to prepare for every scenario. In addition to saving 50 percent of his income, he also made sure to keep full-coverage car insurance and a decent emergency fund.

After his retirement, it was difficult to find a suitable new job, but he was prepared for it. As such, he could live comfortably for an entire year before he secured his preferred position as a police officer.

“Because the military’s retirement system forces you to look 10 or 20 years down the road, it makes it easier to get into that mindset for saving early,” Wagner says.

If there’s one thing that my dad didn’t mind spending money on, it was traveling. He always tried to take us on vacation at least once a year.

But some of these trips — even overseas ones — came in under $1,000 for the entire family.

He made sure to scour for deals, apply for sweepstakes (he even won a few), and travel during the off-season. He would even barter a bit of work for a meal or an extra night in a hostel.

5. Invest When You Can

He made sure to teach us what he knew about investing. He started off simply, investing only in his Thrift Savings Plan (TSP) account that he had through the Army. As his confidence grew, he branched out into other investments, including picking his own stocks.

Over the course of 20 years of cautious investing, he has been able to grow his net worth exponentially. And keep in mind that he never made more than $75,000 a year.

While my dad doesn’t push investing on others, he believes that anyone can save at least a few dollars per paycheck. Because of him, I’ve put away at least $10 a week into my retirement plan since I turned 18. Even if I can’t invest that much, I still try to put in a few dollars. Because of my dad, I have plans to retire by 50 — maybe even sooner.

Life Lessons Learned in the Military: A Final Thought

All of these life and money lessons come thanks to our dad, who not only served our country and made us proud, but also made us aware that it’s possible to live well and be happy on a small budget. 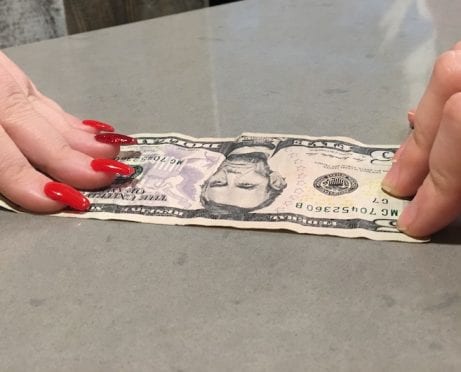 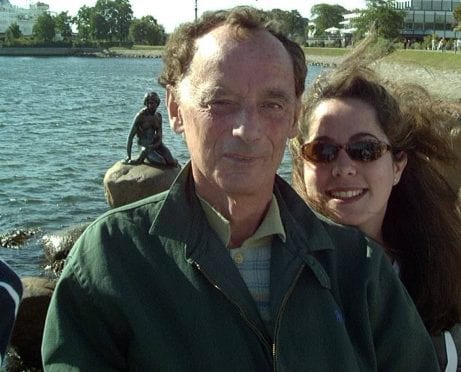